The Britain’s Got Talent final on Sunday (June 3) saw Lost Voice Guy storm to victory, beating out the likes of comedian Robert White to win the £250,000 prize and a slot at this year’s Royal Variety Performance.

Nonetheless, fans on Twitter felt another star should have been in contention for the top prize…

Dec was presenting the show solo, as he had done for the entire finals week following Antony McPartlin’s drink-driving conviction in April – and fans think he deserved more than just praise from Simon Cowell at the end of the show for his The Greatest Showman-esque performance.

Here are just a few of their reactions:

“How do we vote for Dec’s opening routine?” one viewer asked. “I don’t think that can be topped.”

“Wow, what a performance from Dec at the beginning,” added another.

And the praise kept coming, with another viewer writing: “He has been a real star this series on his own. Huge congratulations you are the winner!!”

“After that performance at the start Dec is definitely the winner,” added another. 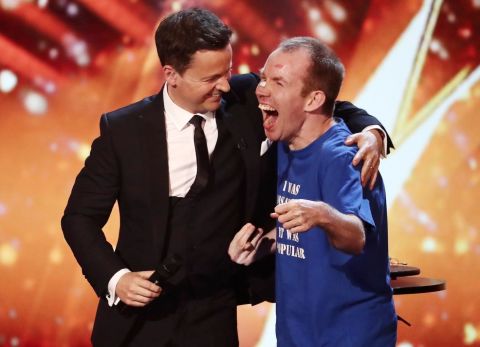 Of course, Dec wasn’t eligible to win the show – with that honour going to Lee Ridley (aka Lost Voice Guy).

Lee has become the first comedian to win the show in BGT‘s history, and you can check out this year’s semi final and final voting stats right here.

Britain’s Got Talent airs on ITV.