The pair were laughing away together as they sat on a bench and chatted, before getting up and leaving together. 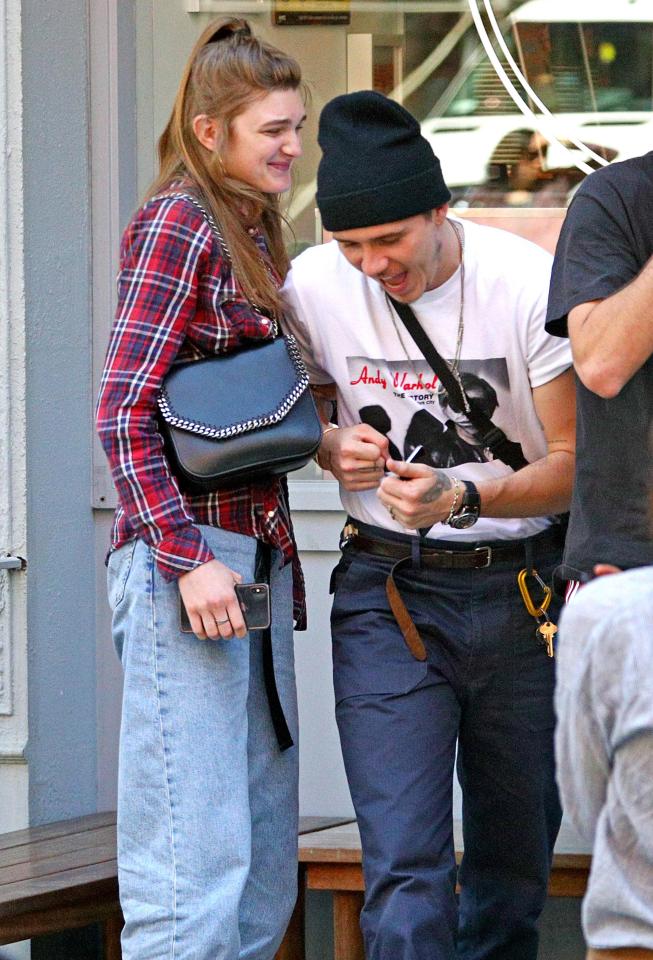 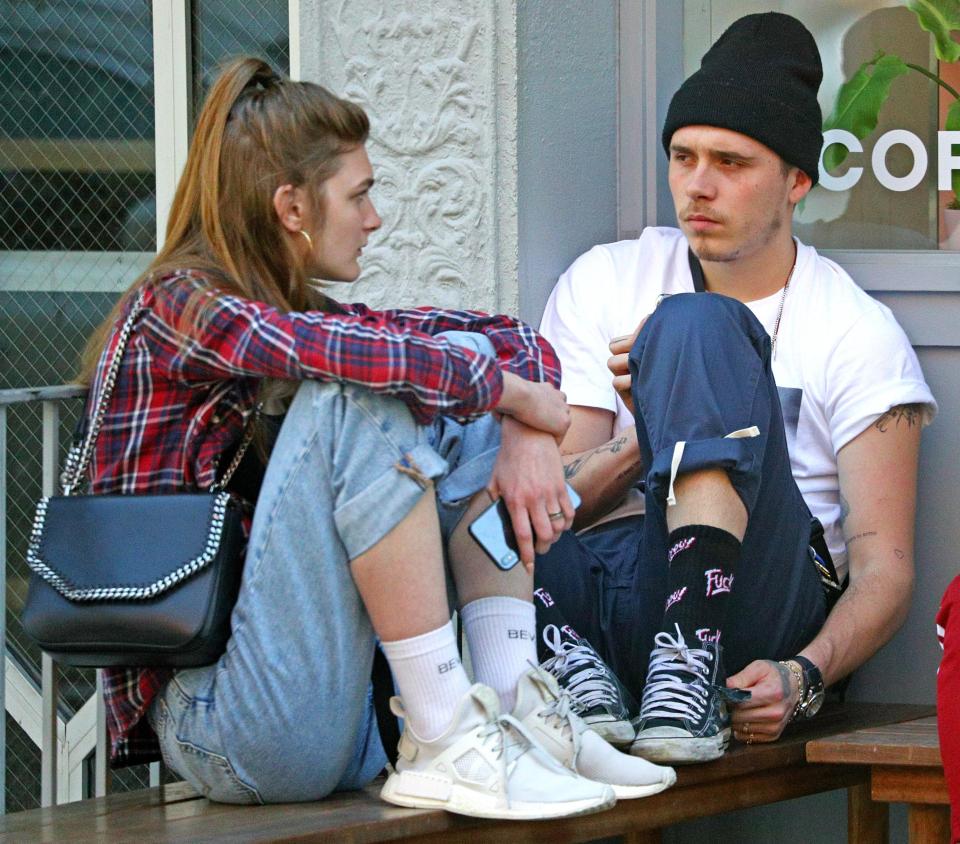 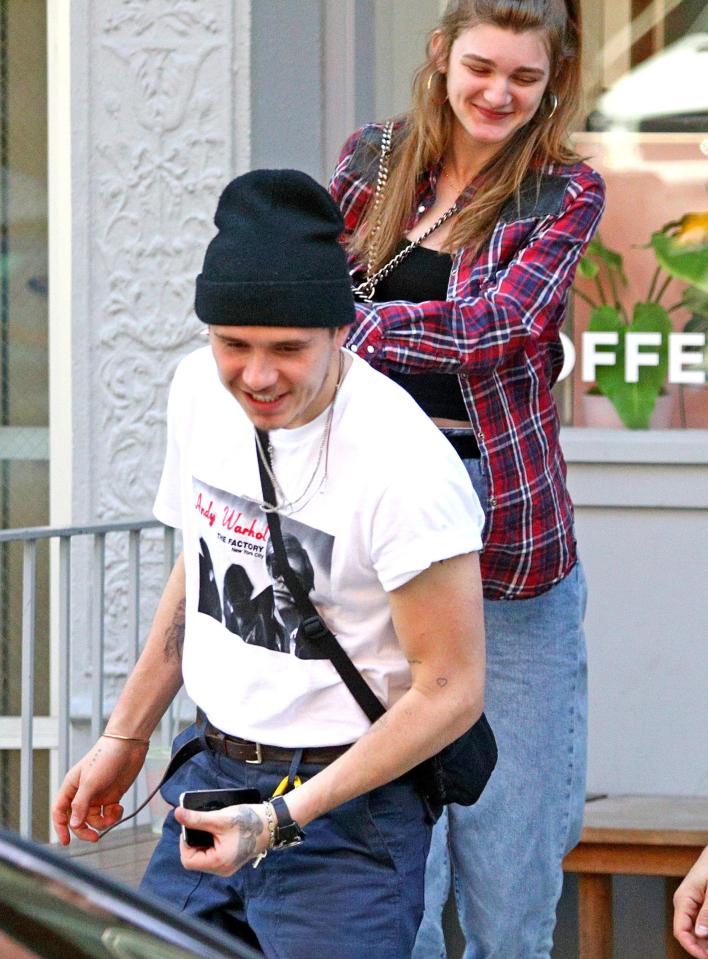 The pair were dressed casually for the outing. 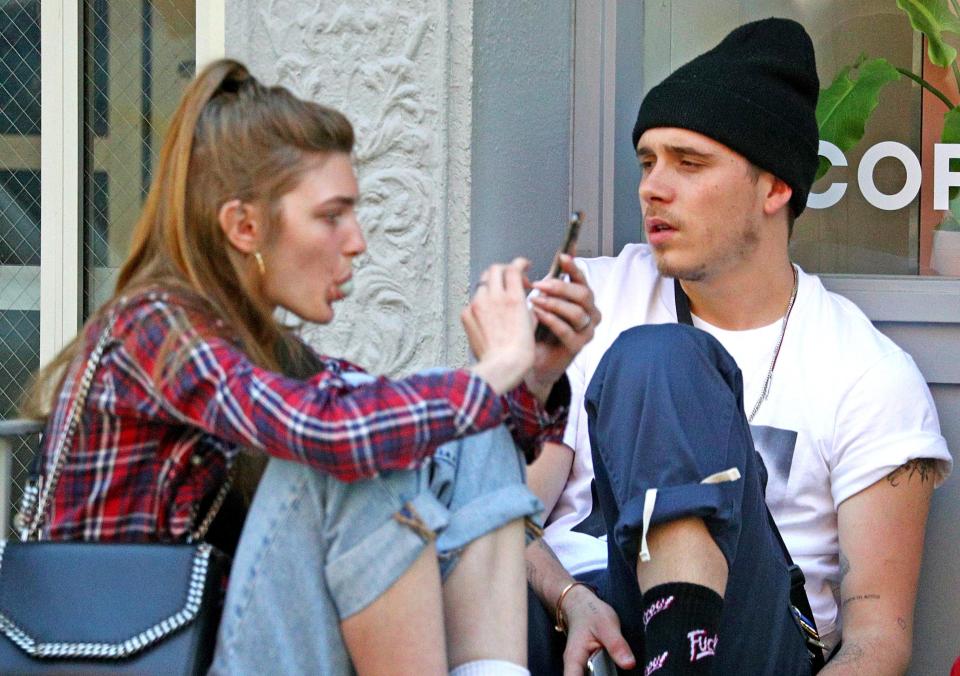 Around the same time, he was spotted kissing playboy model Lexi Wood, 20, in Los Angeles.

The model was seen putting her arms around Brooklyn and kissing him as they sat in a tattoo parlour in West Hollywood.

During Lexi's day out with Brooklyn, they went to the Honorable Society Tattoo Parlor, where the teenager added another inking to his collection.

His latest body art is a cringe-worthy pin-up-style woman on his forearm. 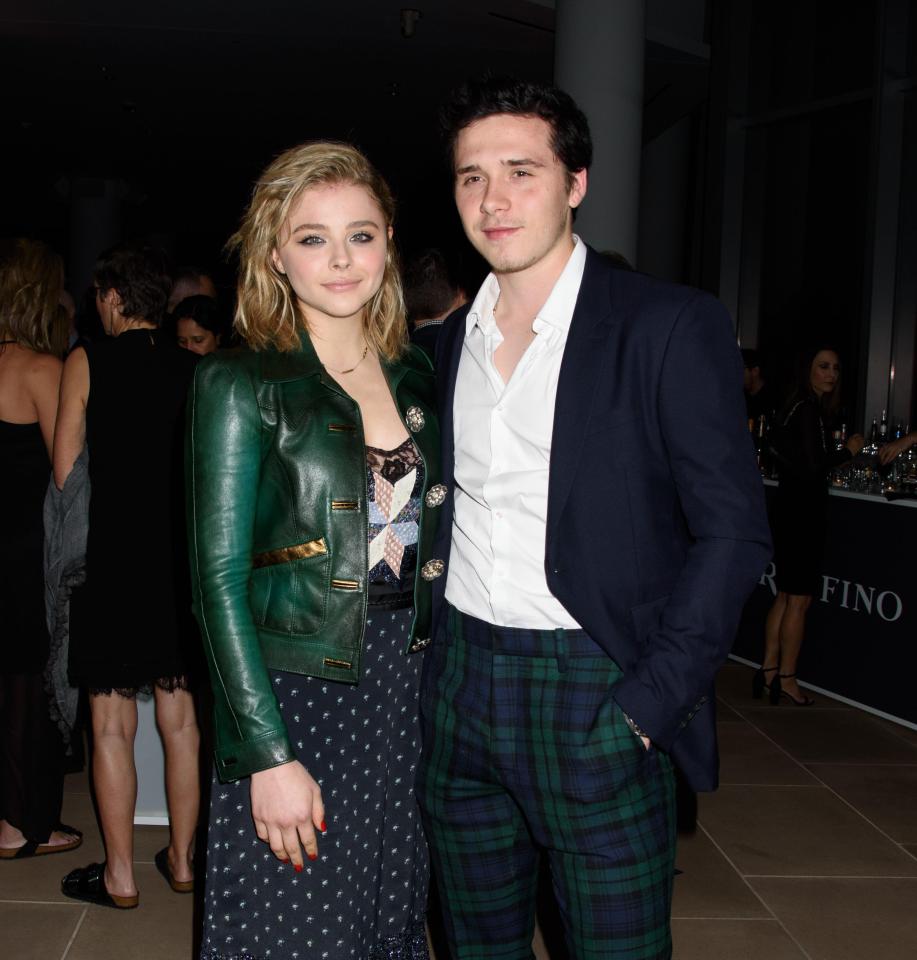 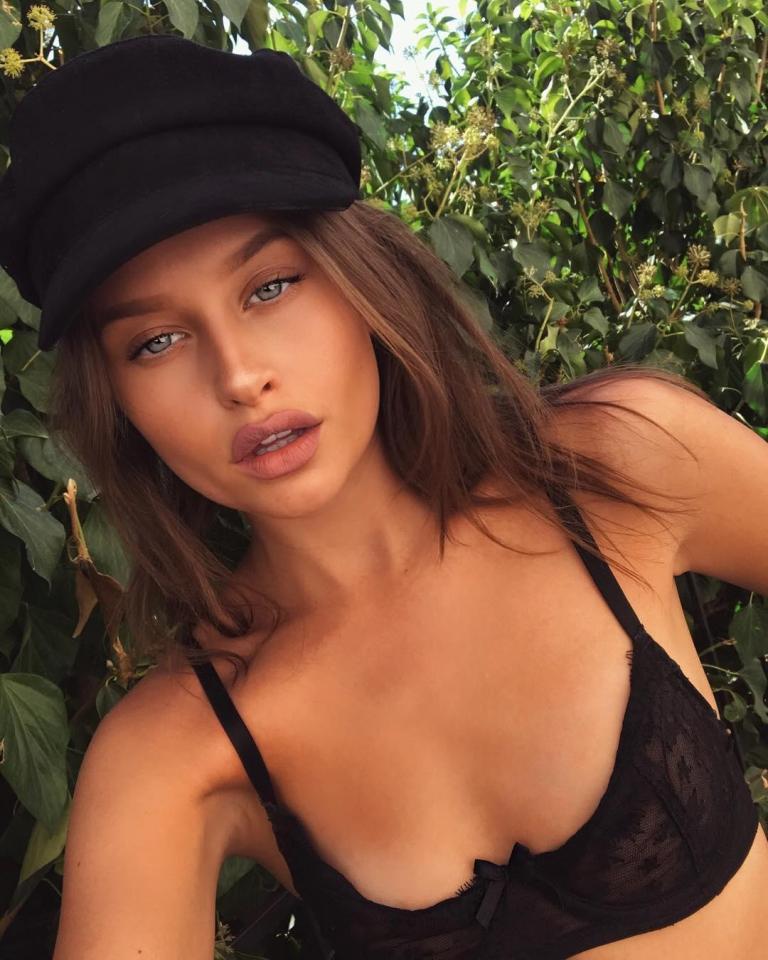 Brooklyn dated actress Chloe for a year before splitting in 2015, but they reunited for five months last summer.

They were even rumoured to have got engaged after they were spotted wearing matching rings.

The couple got back together in August 2017 before splitting for good in April.