In one of the most controversial telly decisions we’ve seen recently, Fox announced yesterday (May 10) that it would not be renewing its cult comedy Brooklyn Nine-Nine for a sixth season.

Fans of the series, which stars Andy Samberg and Andre Braugher, reacted fiercely to the decision online, garnering support from the likes of fellow fans Lin-Manuel Miranda and Mark Hamill.

(And when you piss off Alexander Hamilton and Luke Skywalker, you know you’ve got problems.)

Fortunately, it seems as though everything might not be garbage after all, as Deadline is reporting that the chances of a Brooklyn Nine-Nine revival are pretty high.

And that’s because the offbeat sitcom, which follows the daily trials and tribulations of the 99th Precinct in the New York Police Department, has friends in both Hulu and TBS.

It’s believed that Hulu is most likely to be the new home of Brooklyn Nine-Nine, as it already streams the series for its subscribers and has previously saved The Mindy Project from disappearing into the comedy ether. 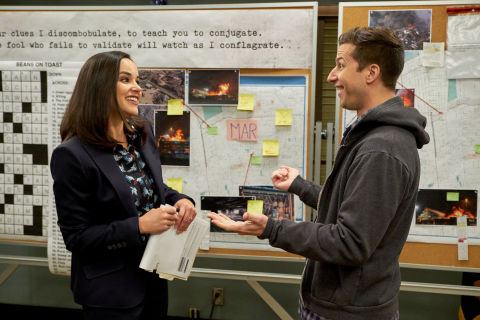 US cable network TBS, which picked up the show’s off-network rights last year, is also another contender – especially as its boss Kevin Reilly developed the show while running Fox.

Brooklyn Nine-Nine was cancelled alongside Last Man on Earth and The Mick by Fox, which has already bid farewell to another fan-favourite, New Girl.

You can watch Brooklyn Nine-Nine‘s season five finale this Sunday (May 13) on Fox in the US. But don’t worry, there’s every chance it won’t be the last we see of Detective Jake Peralta.