It was a few years ago that the idea struck: Bryan Brown and Rachel Ward were at a Christmas dinner in Wales with old friends, couples in their sixties, during which "all of the men were going through some form of existential crisis," says Ward.

"These were people who had successful lives… but they were raging and going through a lot of psychological angst, and very much struggling to come to terms with this latter stage of life."

Brown, one of the screen's all-time laidback presences, was himself suffering from anxiety, the result of a "blood infection that nearly killed me" during the filming of Along Came Polly with Ben Stiller years earlier. The others included a renowned businessman who'd sold his business and lost all purpose, and a finance worker who'd recently been made redundant.

On the journey back to their Balmain home, Brown reflected on the gathering, the irony of all those old folks, "who you would think are okay", lost in their lives. He was convinced there was a film in it, catering to oft-ignored moviegoers.

"I came back and I saw The Best Exotic Marigold Hotel, and I looked around the cinema and saw everyone was over 55. I went, well, over-55s want something they can relate to, that resonates with them – so we pursued the film." 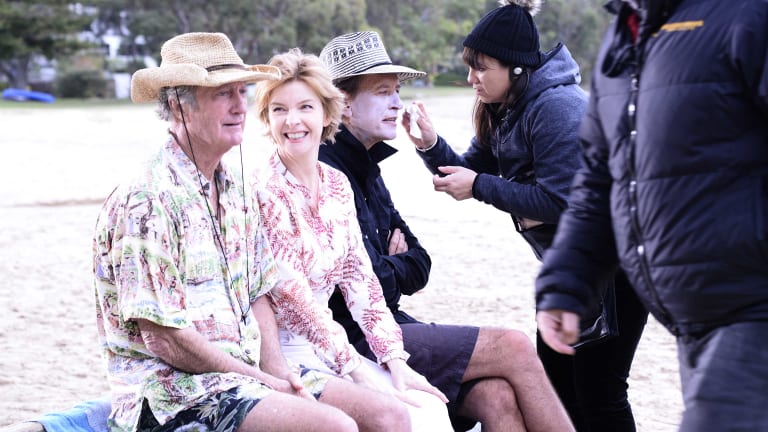 The film is Palm Beach, an upcoming ensemble piece directed by Ward, produced by Brown and Deb Balderstone, and co-written by Ward and Melbourne playwright Joanna Murray-Smith.

The lighthearted drama follows a group of lifelong friends, and ex-bandmates, who reunite in the Northern Beaches suburb for a fancy birthday party over free-flowing wine and music, until tensions emerge.

"I describe it as 'The Best Exotic Marigold Hotel meets The Big Chill'," says Brown, 70.

"It's a nostalgia trip for the Baby Boomers," says Ward, 60.

The film is a family reunion of sorts. Not only is Ward helming and Brown starring, their daughter Matilda plays Brown's daughter and their son Joe designed artwork – New Wave music posters in the style of Martin Sharp – for the set decorations.

"Well, Sam [Neill] has written in his life contract that he has to do any movie that I'm in," jokes Brown, in his iconic, laconic drawl. "In fact, it's probably the only way he gets jobs anymore, working for me." 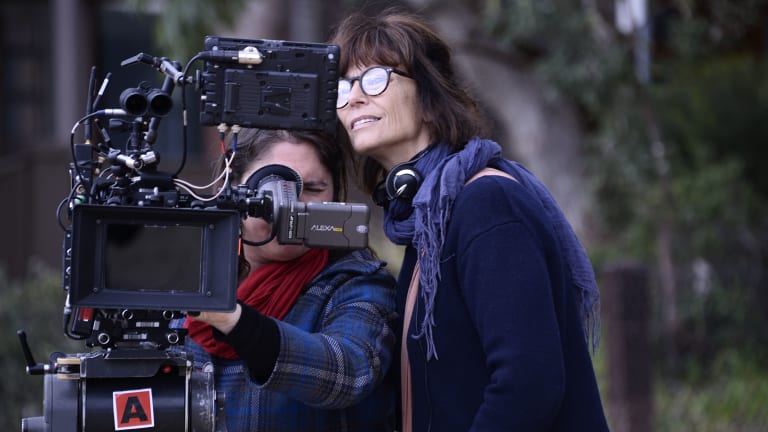 Of course, the locale that gives the film its title is a character in itself, says Ward, its idyllic beauty contrasting with the couples' bickering relationships.

The area has personal resonance to the couple: one of Brown's earliest roles was in another Palm Beach, director Albie Thoms' 1980 arthouse flick. Enamoured with the place, Brown convinced Ward to shack up in a fibro house in Whale Beach after they got married in 1983, where the couple lived for 11 years. Their three children were born at the local Mona Vale Hospital.

"I used to sit in the little park where the ferries go in and get talking to some family who'll have driven all the way from Campbelltown just to appreciate how beautiful it is," says Brown. "So what if it's an hour-and-three-quarter drive away? I love seeing new generations of Australians finding this place."

For many, the backdrop might evoke a familiar response: Summer Bay, the surf club, Alf Stewart's flamin' galahs. But the area's really an "undiscovered gem" and oddly under-utilised as a filming location, says Brown.