Can Riverdale Please Be "Bizarrodale" Every Week? 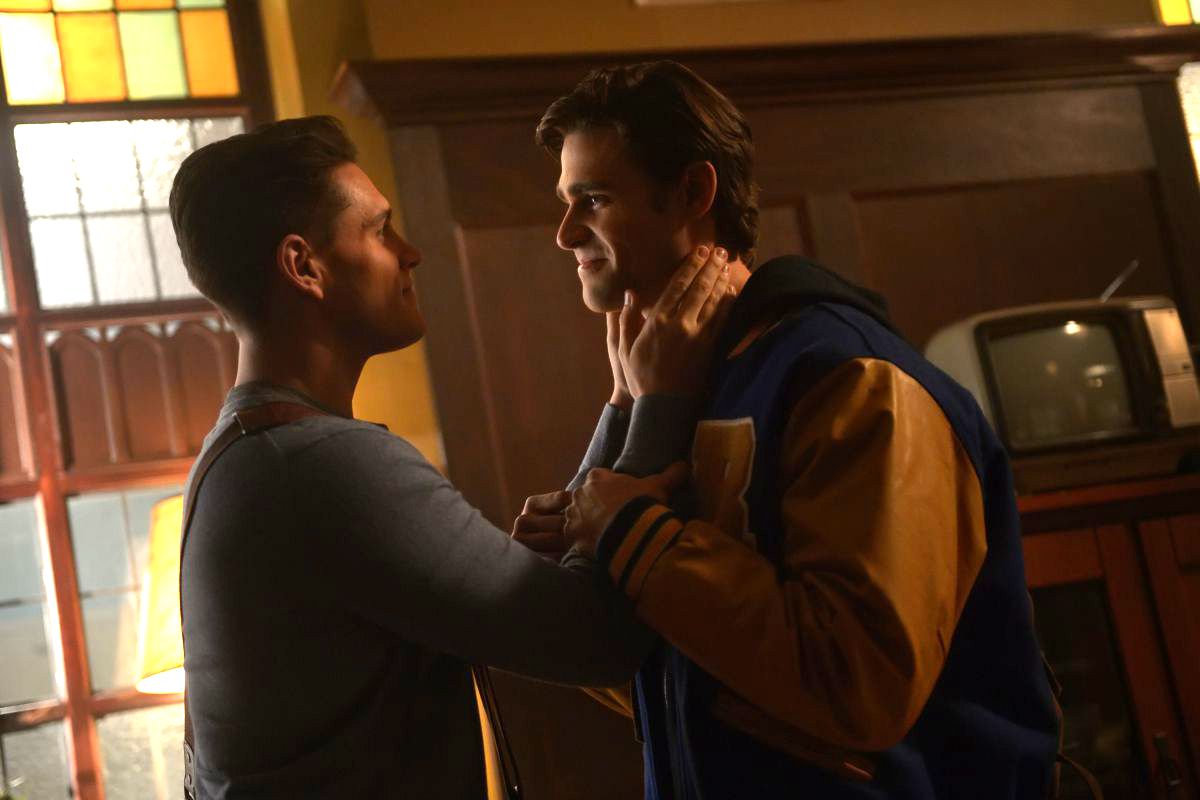 This week’s very special episode of Riverdale blesses us with an alternate reality in which Archie and the gang are minor characters, while Josie, Cheryl, Reggie, and Kevin are the Core Four. And while there’s an argument to be made that these fan favorites are beloved specifically because they’re supporting players, giving them the spotlight turns this into one of the show’s most enjoyable and emotionally satisfying hours in a while.

Riverdale has been accused of queerbaiting on several occasions, and the examples range from blatant—like that infamous Betty/Veronica kiss in the pilot—to subtle, like the show’s tendency to introduce gay couples but barely have them touch onscreen. Kevin and Moose have in theory been dating since the start of summer, yet have shared perhaps five total minutes of screen time this season.

Kevin wants Moose to be his date to his father’s wedding, but Moose still isn’t out to his own father and doesn’t feel ready. After Cheryl releases a “blind item” that all but outs Moose—and gets deservedly ripped to shreds by her own girlfriend for doing so—Moose takes the plunge and tells his father the truth, which appears to go surprisingly well. Overjoyed, Moose and Kevin finally go public, and also sleep together for what is apparently the first time(?!?). But they made the mistake of hooking up in the cursed underground bunker where nothing good ever happens, and so their post-coital cuddling is interrupted by a gang of creepy hooded thugs who kidnap the pair and bring them to a Gargoyle King goblet ceremony in the woods to flip for their fate.

I was deeply nervous at this point, because queer characters dying moments after consummating their relationship is a toxic aspect of the “Bury Your Gays” trope that TV has mined for way too long. But the show doesn’t go there, and once Kevin and Moose are rescued it’s revealed that Moose’s father Marcus is behind the kidnapping. On the subject of which… 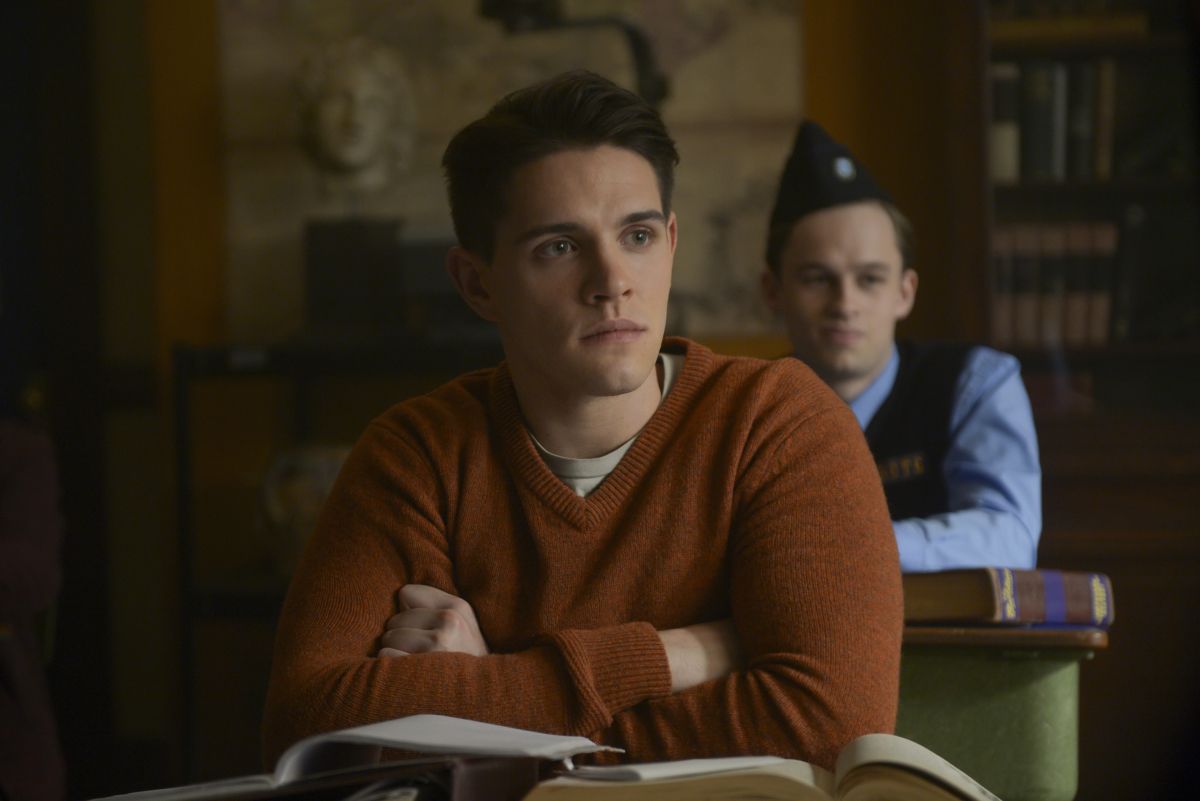 2) This episode made the parents interesting again.

The Midnight Club episode was fun back in the fall, but the show’s been returning to that well ever since with diminishing returns, to the point where I no longer really care much about what happened on Ascension Night. But “Bizarrodale” uses the ongoing Midnight Club mystery as a stepping stone to tell a way more interesting story about Marcus, whose homophobia is rooted in his own deep trauma.

As we know, the Sisters of Quiet Mercy practiced conversion therapy for years, and Marcus was one of their early victims. His discomfort around Tom—which Sierra assumes is down to a crush on her—dates back to their days in cadet school together, when Marcus tried to kiss Tom and was rebuffed, then was sent to the Sisters to be “cured of impure thoughts.” Twenty years later, he tries to scare his son straight with the Gargoyle King, mirroring what was done to him and perpetuating the cycle of abuse. FP is initially horrified by what Marcus tried to do to his son, but it’s clear that he’s sympathetic by the end of his confession. Here’s hoping that his first act as sheriff will be figuring out where the hell Child Protective Services is in this town.

3) Sex is better in Bizarrodale.

Everybody from Kevin and Moose to Betty and Jughead to Tom and Sierra was getting down this week! And sorry, Varchie fans, but that shot where a lingerie-clad Veronica is straddling Reggie is the hottest thing that’s happened on this show perhaps ever (at least until they both answer phone calls from their parents) I’m not clear on why sidelining the Core Four instantly makes the show so much sexier, but I’m here for it! 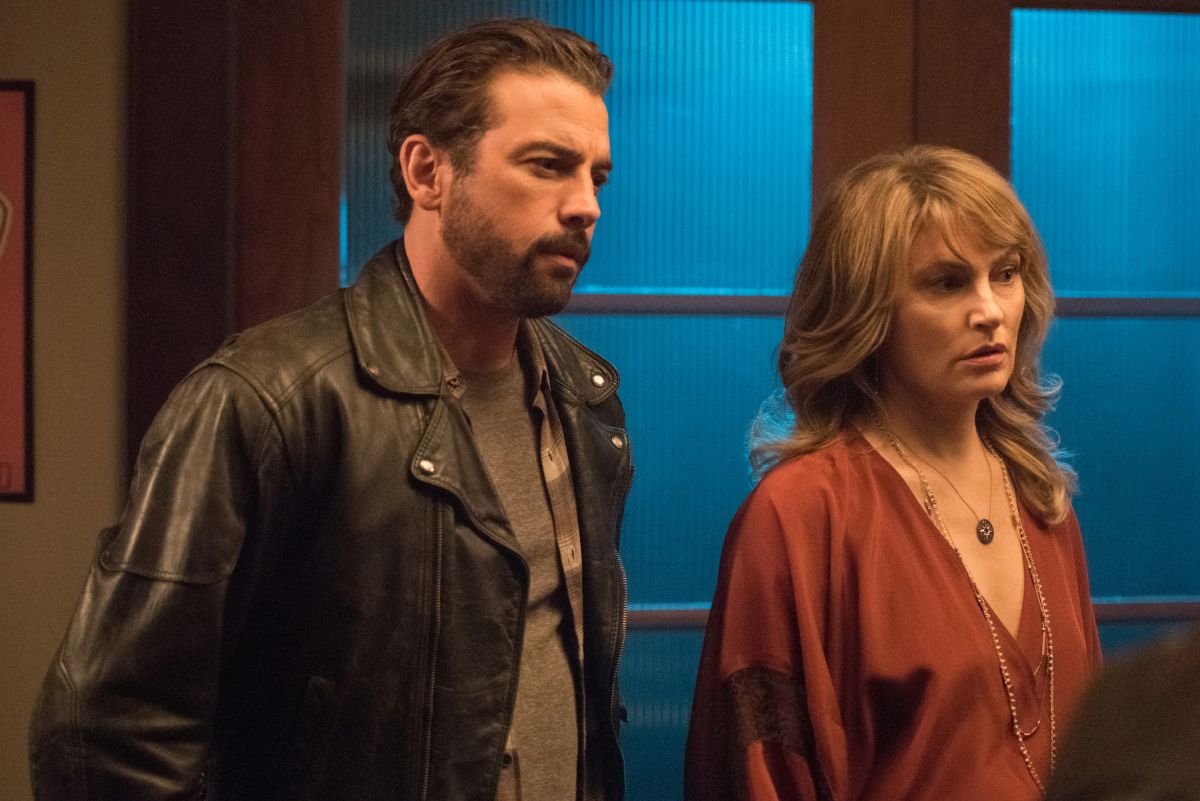 It’s been so long since she had anything substantial to do that I’d forgotten how charming Ashleigh Murray is in this role—which makes it kind of a bummer that she’s leaving the show to join its spinoff! Josie’s fears about how much she’s prioritized singing above all else—“I’ve built up so many walls to focus on this one thing”—are relatable to anyone who’s ever had a creative dream, and her rejection from Julliard legitimately stings. Also is it just me, or is Archie about 50 percent more likable when he’s presented as a supporting character and love interest for Josie? This ship clearly doesn’t have a future since Josie’s bound for another show, but I for one plan to enjoy the Jarchie while it’s here. (But wait, is that Jughead and Archie’s ship name? Do we need an alternate?)

5) Cheryl is called on her privilege.

Look, I adore Cheryl, and her description of Kevin and Moose as looking like “a community theater production of The Talented Mr. Ripley” is flawless. She fully deserves to be a main character on this show, and “Bizarrodale” ‘demonstrates just how much there is to explore with her. But between outing Moose and her sense of entitlement regarding Highsmith College, she’s kind of the worst this week. Her presumption that she’s entitled to a place at Highsmith simply because her family are donors is…not great, and it’s incredibly satisfying when Toni points out that she herself would never be able to attend or afford the school, despite their SAT results being equally good.

Cheryl does get points, though, for apologizing to Moose, for proudly branding herself “Riverdale High’s first openly lesbian student body president,” and for starting “The Pretty Poisons,” a group for underprivileged kids that’s designed to fill the Serpent-shaped void in Toni’s life. Oh, and for the line “It burns me that there are people in this town that still believe being gay is any less than rapturous.” 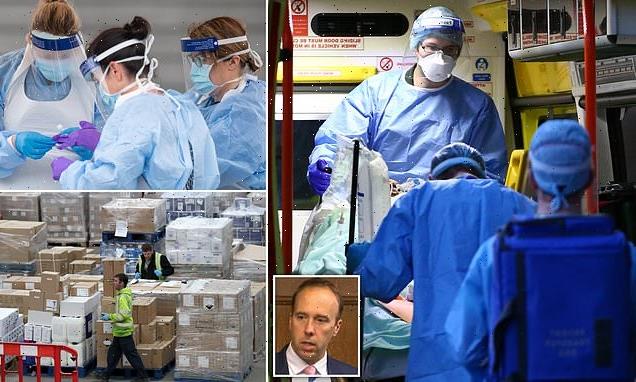