BBC Breakfast’s resident weather reporter Carol was reporting live this morning from Mayfield Lavender Farm in Banstead, Surrey. Surrounded by the flurorescent flowers, Carol sported a lilac jacket to compliment her surroundings. However, Dan spotted a rather odd feature behind the weather presenter as a phone box stood in the middle of the field, prompting him to ask: “What on earth’s going on?”

“Let’s find out what’s going on with the weather, Carol has it for us today,” Dan told BBC viewers.

However, he soon found himself taken aback by her surroundings as she popped up on-screen in the studio.

Chuckling at Dan’s surprise, Carol then began to explain why she was stood in the lavender field but failed to mention during her first report just why the phone box was there. 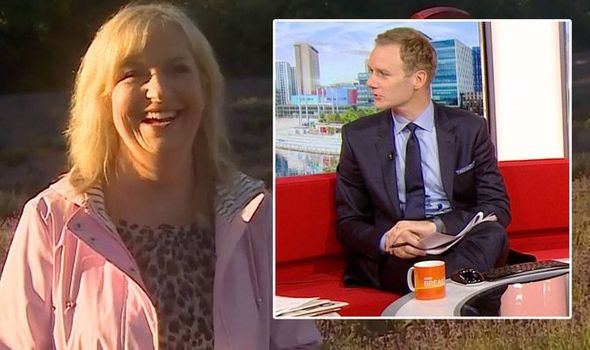 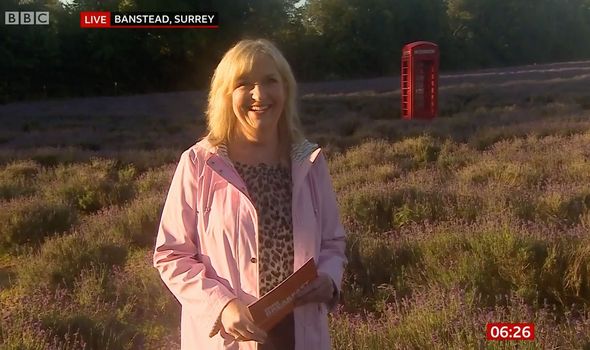 Not one to let it lie, however, Dan needed answers as to what the bizarre feature was doing there.

Cutting back to Carol later in the show, Dan said: “Carol, I forgot to ask you earlier about that phone box in the middle of the field,

“What’s going on with that? I don’t know where it is,” Dan added, spotting that Carol had appeared to move to a different section of the farm.

Carol then revealed: “It’s just to my right, Dan.” 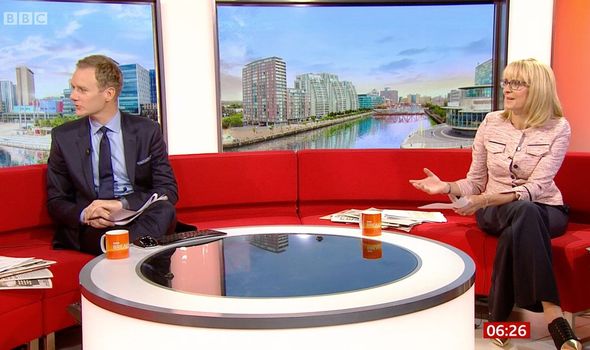 She continued: “And we’re going to ask the owners when we speak to them in about an hour or so about exactly why it’s there.

“But I imagine it’s there for decoration more than anything else.”

Carol then had all the answers to Dan’s query when she returned for a third update on today’s programme.

Hiding behind the phone box, Carol peeked her head out and said: “You were asking about this earlier, why it’s here, plumped in the middle of the lavender field,

“Well, we understand it’s because they have a lot of international guests,

“And they like to take selfies with something which is quintessentially British,

“So it’s rather nice,” Carol added before her attention turned to the picturesque lavender field around her.

BBC Breakfast continues every weekday at 6am on BBC One.