Casualty spoilers: Jacob Masters haunted by his past as former character returns to show?

Jacob (played by Charles Venn) has put his past to the back of his mind ever since Holby City hospital was overthrown by coronavirus. Alongside his fellow Casualty team, the clinical nurse manager has been making sure he is doing everything to keep both his patients and staff safe. However, just when he has everything on track, the return of his son Blake Gardner (Kai Thorne) could throw his future into jeopardy on the BBC medical drama.

When Blake first appeared on the show four years ago, Jacob had no idea the teenager was his son who he’d conceived with lifelong friend, Elle Gardner (Jaye Griffiths).

From then on, the clinical nurse manager had to step up in his role as a father as the schoolboy found himself in a whole manner of predicaments.

However, before his last stint in Casualty over a year ago, Blake helped to reunite his father and grandmother, Omo Masters (Ellen Thomas).

This meant the beloved character could be with his mother when she passed away but he was left with more questions when he discovered his own father wasn’t dead.

Could it be if Jacob’s son does return to the show, he brings a long lost family member with him after tracking down a mystery man? 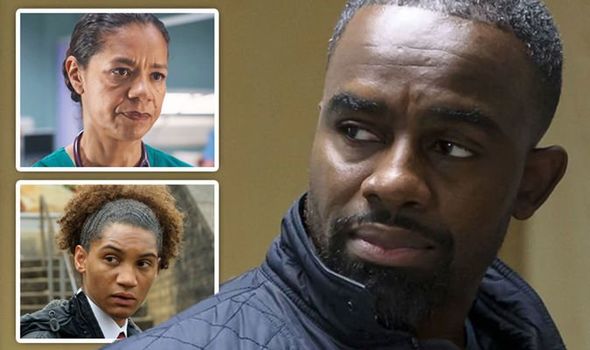 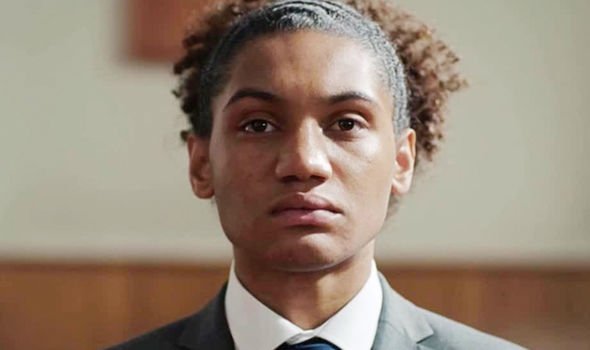 This would certainly lead Jacob to believe the man is his father and after some blood tests, the link could be confirmed.

With so many questions about his past and why his father walked out on Omo, could Blake’s return cause more harm than good?

Speaking exclusively to Express.co.uk, the actor who plays Jacob, Charles, hinted the youngster’s comeback could be a future storyline.

Discussing his alter-ego’s future, the soap star said: “He’s received this promotion and being awarded the role of clinical nurse manager is something he was very, very happy and elated about.” 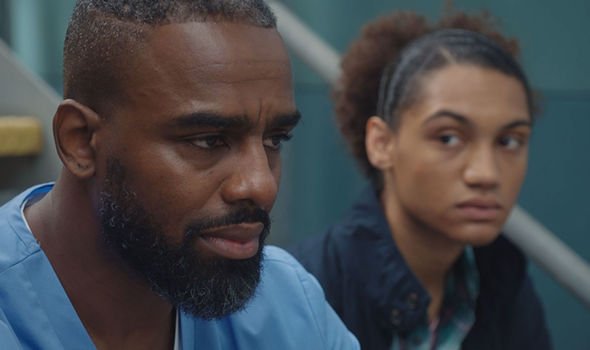 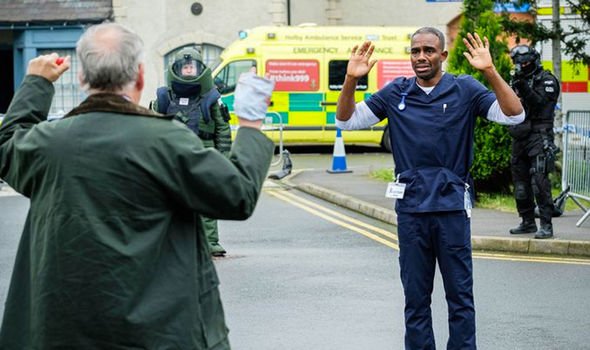 Blake’s has gone off to university, Jacob’s doing his thing

Charles continued: “Bearing mind prior, he had to give up that because of his son but now his son has gone off to university he’s doing his thing.

“Jacob can focus solely on this role. So for him, it’s all about pushing and endeavouring to be the best clinical nurse man as he possibly can be.

“Working in tandem with Connie [Beauchamp] and trying to run as an efficient and tighter ship as possible. So that’s really being his focus moving forward.

“And, of course, we know the trials and tribulations, humps and bumps, but the overriding priorities is him trying to do his job as best and efficiently as possible.”

With bumps along the way and referencing how Jacob is allowed to be his own man after Blake went off to university, could the latter’s return upset the apple cart?

In the meantime, Jacob takes centre stage in the latest instalment from the hospital-based drama as a suspected suicide bomber causes chaos.

As he joins Connie (Amanda Mealing) in Resus to care for an injured patient, a man named Roy walks into the Emergency Department with an explosive belt wrapped around him.

The pensioner is adamant to speak with Jacob, who he holds responsible for the death of his wife a few months ago.

Fearing for his own life and those in the hospital, the clinical nurse manager manages to convince Roy to go outside with him.

This way, the rest of the ED can evacuate as Jacob tries to talk the suspected suicide bomber out of his plan.

Although the father-of-one tries to explain to his captor how he couldn’t have diagnosed his wife with such a rare illness, the troubled character isn’t having any of it.

By the end of the episode, Roy tells Jacob to run before it’s too late, but will the beloved character make it to safety in time?

Casualty continues tonight at 8:50pm on BBC One. 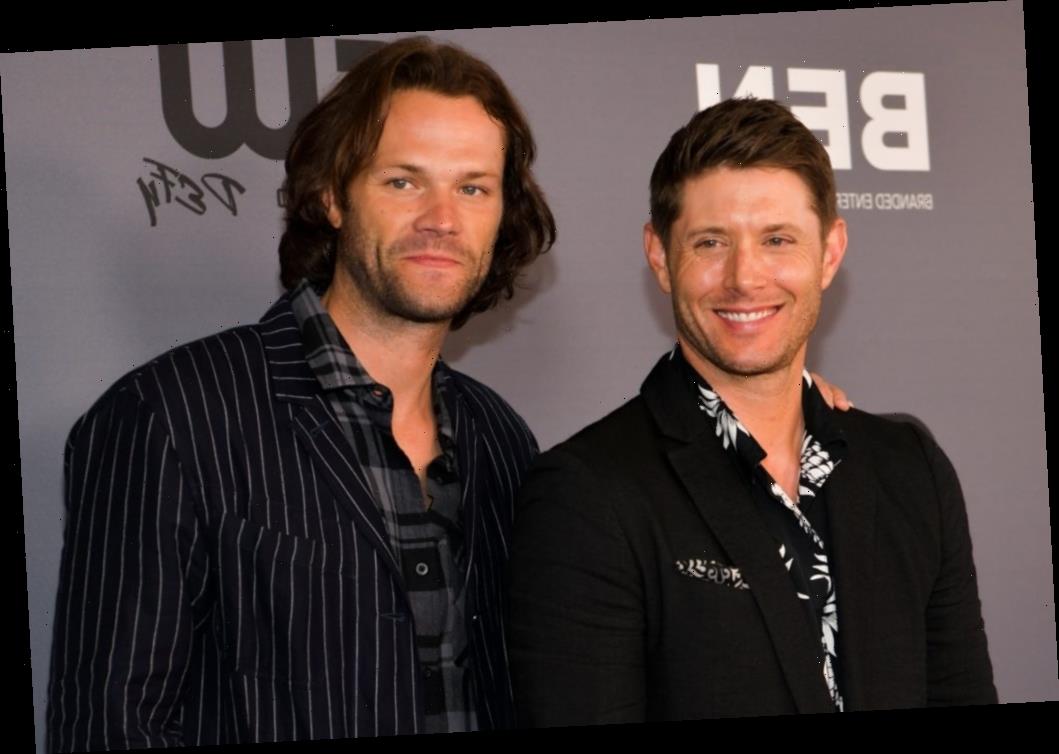