The Royal Family announced today the death of the Duke of Edinburgh at the age of 99. Following the news of Prince Philip’s death, ITV cut This Morning short and the BBC has postponed all non-news programming. Channel 4, however, promptly return to its scheduled listings with shows like Come Dine with Me and Countdown continuing to air in their regular time slots.

Needless to say, a number of viewers blasted the decision by the network, with some branding it “insensitive” and “unbecoming”.

Taking to Twitter, one furious fan tweeted in the wake of Prince Philip’s death: “Saddened by the lack of coverage so far on Channel 4 and that you’ve pretty much ignored it.

“Hope that when the Queen dies, you won’t just continue to play Come Dine with Me repeats like you have today.”

A second added: “Channel 4 is disgusting and insensitive, they have carried on with their usual programming ‘Find It, Fix It, Flog It’ instead of running segments on the death of Prince Philip like the other major broadcasters. It’s unbecoming of Channel 4 and a national broadcaster.” 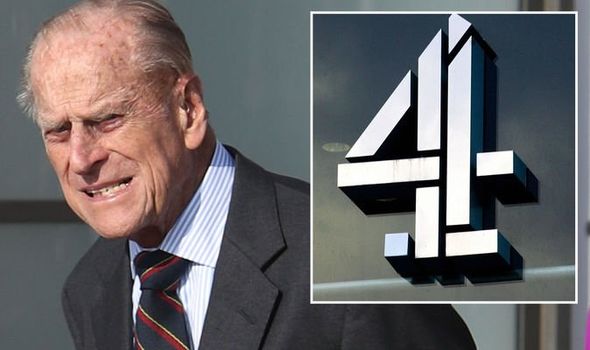 “I notice channel 4 have decided to ignore the death of Prince Philip…” a third pointed.

While a fourth damningly put: “Prince Philip has died and yet Channel 4 is acting like nothings happening and showing a repeat of Come Dine with Me.”

And a fifth weighed in: “BBC and ITV both interrupt the current programme to announce the news of Prince Philip’s passing.

“Meanwhile on Channel 4 Couples Come Dine with Me is on like nothing’s happened.”

However, others defended the move by Channel 4 due to the coverage being shown on the BBC and ITV.

Channel 4 will continue to air its scheduled programming with Gogglebox and The Circle taking the primetime slots of 9pm and 10pm respectively.

ITV on the other hand, has completely revamped its entire night’s listings, meaning soaps Coronation Street and Emmerdale have been postponed.

The Chase has also been cancelled from the network’s schedule for Friday evening.

Instead from 5pm, ITV will air The Duke of Edinburgh Documentary which will run for an hour.

From 6pm, Newshour will air alongside the local news bulletins from up and down the country.

And from 9pm, Prince Philip: A Royal Life front by correspondent Chris Ship will air.

The BBC released the following statement in regards to its schedule in the wake of Prince Philip’s death.

It read: “With the sad news that HRH Prince Philip, The Duke of Edinburgh, has died,

“There is now special coverage across all BBC networks to mark his life of extraordinary public service and planned scheduling has been suspended.”