“I was easily manipulated by false promises of career help by powerful men in the entertainment industry,” she says 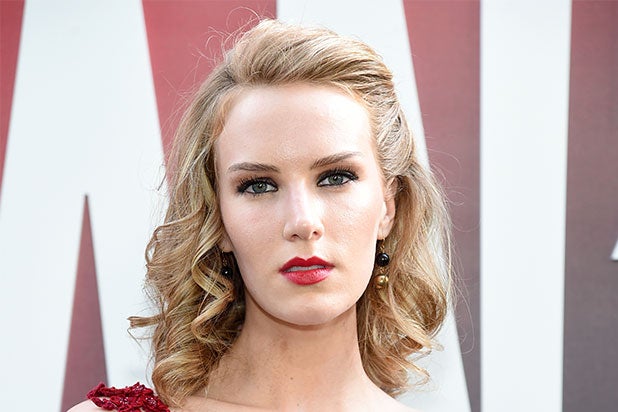 Charlotte Kirk, the actress accused of extorting money from some of Hollywood’s most powerful players, said in court documents filed last week that she has become a “pariah in the film industry” and that she was groomed at a young age to participate in “commercial sex.”

Kirk is currently suing her former lawyers and battling with Marty Singer (who represents James Packer, Brett Ratner and Avi Lerner) over an injunction which keeps her from pursuing legal action against any of the parties involved. She had relationships with former Warner Bros. CEO Kevin Tsujihara and former NBCUniversal vice chairman Ron Meyer, each of whom resigned over their involvement with Kirk.

In a declaration she gave in July (which was made public last week), Kirk said that when she moved to the U.S., she “fell in with the wrong group of people who sought to exploit and manipulate me, taking full advantage of my difficulty with social situations, due to my autism. I was constantly deceived and relentlessly taken advantage of, as if I was some toy to be passed amongst friends for their own personal amusement, or used as some kind of currency.”

She continued, “I was easily manipulated by false promises of career help by powerful men in the entertainment industry, that were in fact just a pretext for obtaining sexual favors from me, because I was too insecure, hopelessly naive, and far too young to know that this was not how the business is meant to work. This sexual exploitation of me began when I was 19.”

Charlotte Kirk also said she was groomed at a young age for “commercial sex” by James Packer, whom she believed was her boyfriend.

“He was just using me and exploiting me all along, fraudulently pretending to be my boyfriend while, in actuality, grooming me to provide ‘commercial sex’ in furtherance of his business dealings in the entertainment industry,” she said in the declaration.

“I am a pariah in the film industry, humiliated and unemployable,” she added. “I was diagnosed with Aspergers at the age of 8 and I have struggled with it since, comforted only by my therapeutic childhood dream of becoming a successful actor. My dreams however have been shattered by a gang of four powerful and sexually abusive men shielded by the lies of their attorney and enabler, Mr. Singer.”

In response, Singer told TheWrap, “After reviewing the evidence, an Arbitrator expressly prohibited Kirk, Newton and Marshall from filing this type of lawsuit against my clients — a ruling upheld just this month by a state court. But no matter how many times these individuals and their enablers try to circumvent the legal system and make these kinds of outrageous and constantly shifting claims, it remains obvious to everyone that their allegations are ludicrous, offensive and entirely false.”

In the declaration, Charlotte Kirk detailed an incident (as first reported by The Hollywood Reporter) where she said she was forced by James Packer to have nonconsensual sex with ousted Warner Bros. CEO Kevin Tsujihara. An attorney for Tsijiahara denied the claim in a statement to TheWrap, saying, “Any claims made against Kevin Tsujihara related to Ms. Kirk are legally and factually baseless, manufactured many years after their brief consensual relationship to unjustly seek the payment of money. The relationship was pursued by Ms. Kirk and at all times understood by Kevin to be entirely consensual.”

Pamela Chelin contributed to this report.