Chicago Fire star DuShon Monique Brown tragically passed away two months ago, and now the cause of her death has been confirmed.

The 49-year-old – who starred as Connie in the NBC show and was also known for her role as Nurse Katie Welch in Prison Break – died of sepsis (the reaction to an infection in which the body attacks its own organs and tissues), the Cook County Medical Examiner has said.

The Chicago native passed away on March 23 at St. James Olympia Field Hospital.

Dick Wolf – the executive producer of Chicago Fire – was amongst those who paid tribute to the actress. 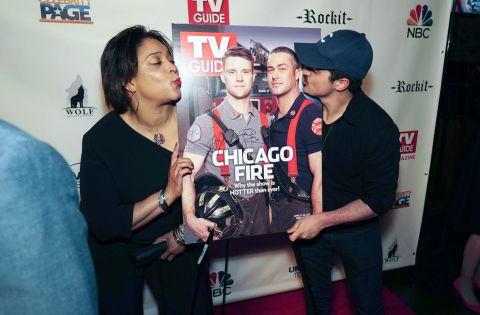 “The Chicago Fire family is devastated to lose one of its own,” Wolf said in a statement. “Our thoughts and prayers are with DuShon’s family and we will all miss her.”

Brown’s manager added: “We are devastated by the loss of a very talented and kindhearted soul.

“She brought laughter and joy to many and will be greatly missed.”

Fellow Chicago Fire cast member Jesse Spencer took to Twitter back in March to express her devastation at the news.

“Our beautiful Dushon Monique Brown passed away on Friday,” Spencer tweeted. “You will be sorely missed by your family and ourselves. Thanks for all the great laughs we had. Love.”