According to Riverdale and Sabrina showrunner Roberto Aguirre-Sacasa, he did consider casting Kiernan in the role of Betty, as he told Entertainment Weekly recently. 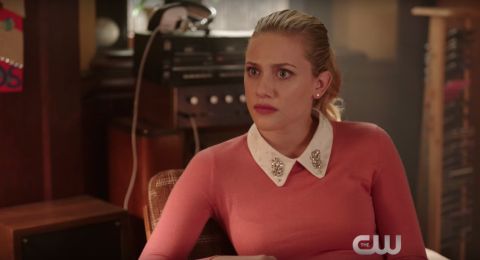 “Kiernan was iconic in Mad Men, and I had even thought about her, I was like, ‘Oh I wonder if she’d ever do Betty’,” Aguirre-Sacasa explained.

Although Lili ended up taking the Riverdale role, Kiernan was naturally still in Aguirre-Sacasa’s mind. “When [Sabrina] moved from CW to Netflix, our casting director David Rapaport said, ‘By the way this is something Kiernan might be interested in’,” he elaborated.

“There was no script at the time, but from the second he said that, for me it was sort of like, ‘Okay she’s Sabrina. I’m writing this for Kiernan’.”

The showrunner believed that Kiernan had all of the right qualities to tackle a darker version of Sabrina, as he further revealed: “She felt like the right actor at the right age at the right point in her career and someone who was up for the challenge, because it’s gruelling. She’s in practically every scene.”

Riverdale airs on The CW in the US, before dropping on Netflix in the UK the next day. The Chilling Adventures of Sabrina will premiere on Friday, October 26 on Netflix.