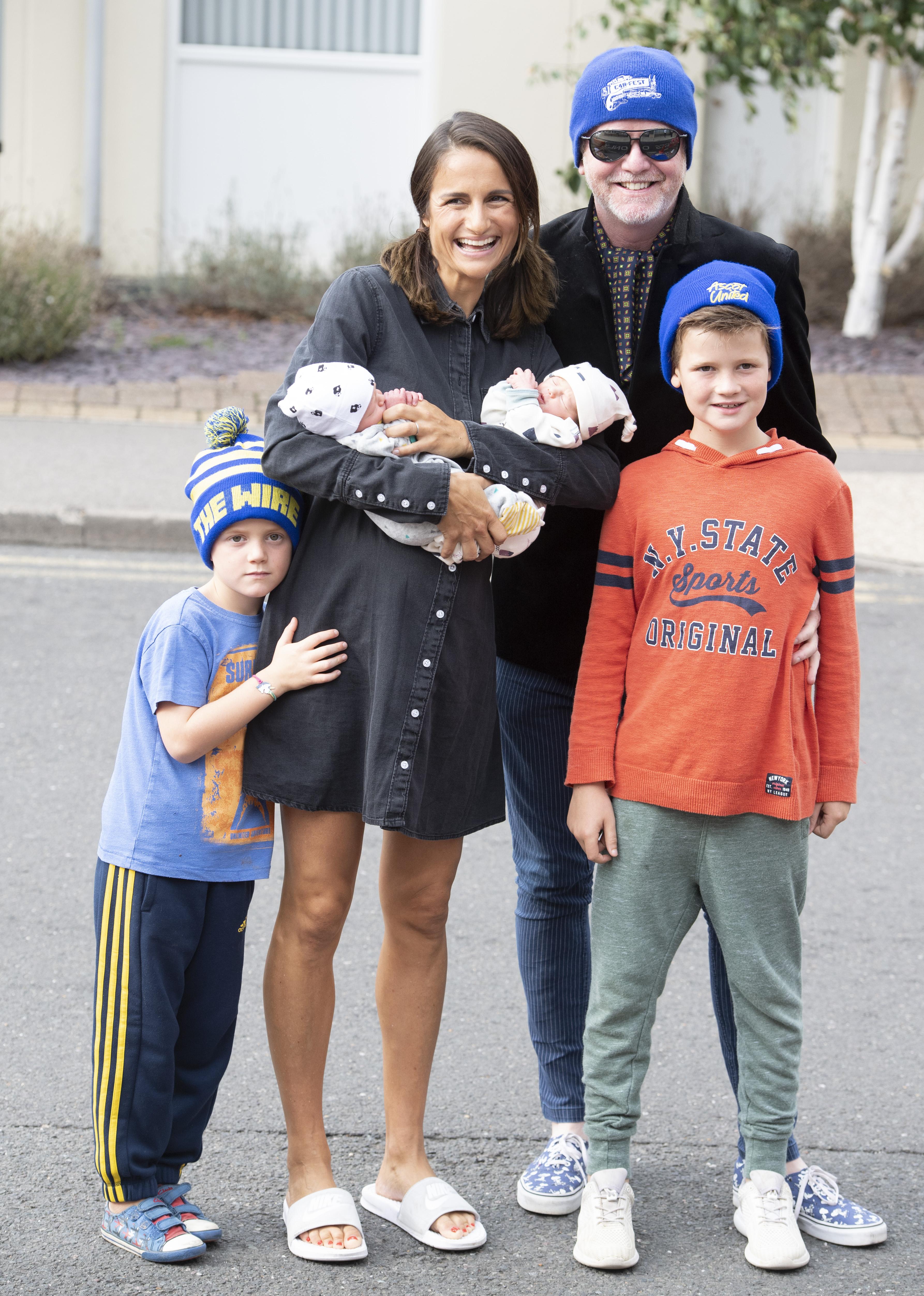 Chris, 52, told Radio 2 listeners about his heavy night this morning as he returned to his breakfast show.

He revealed the whole family went out for drinks – including the baby twins.

He said: "Good morning from myself and the team and from Team Evans back at home. Everyone up already..

"We've been up all night. We did go out to celebrate last night and we took the newborns with us… 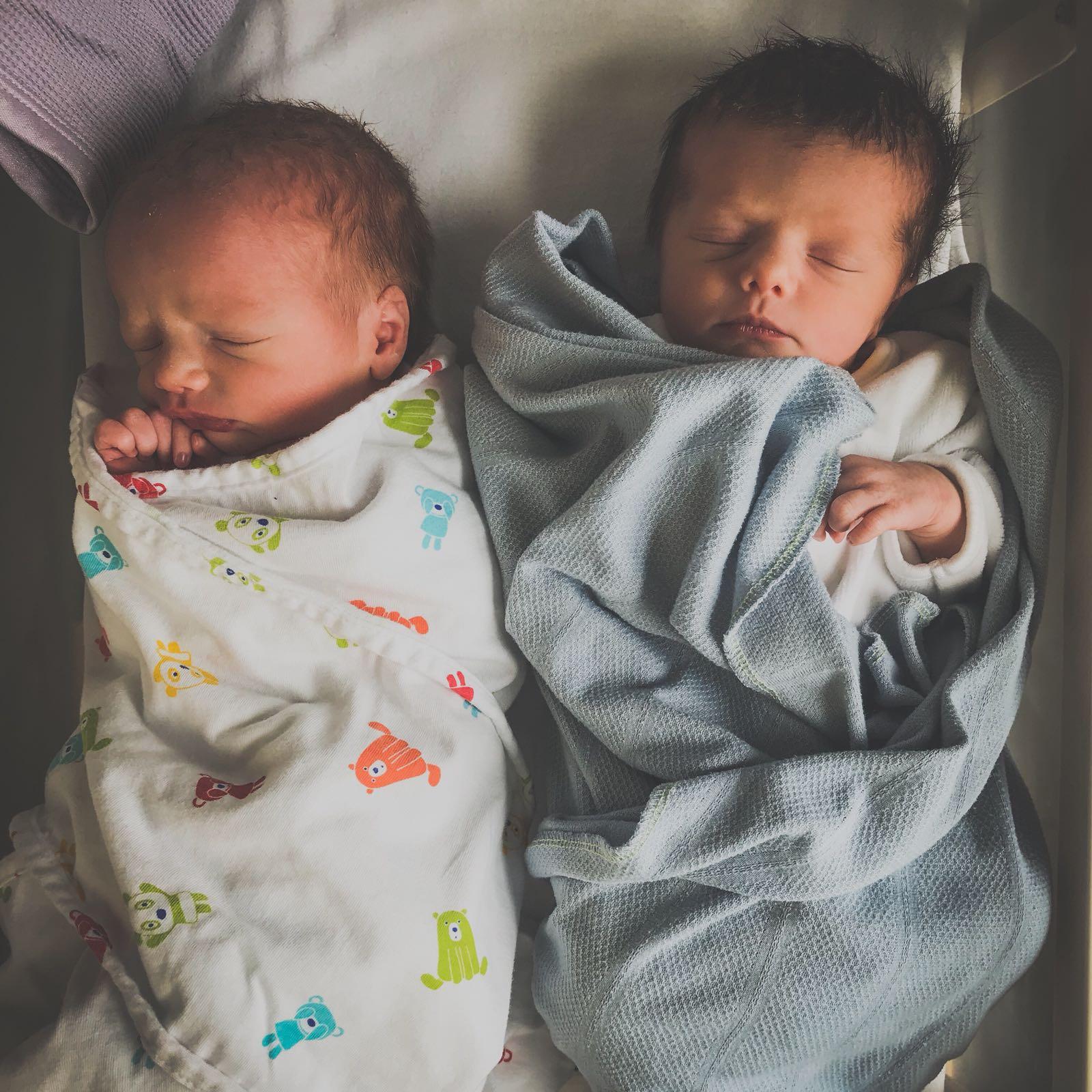 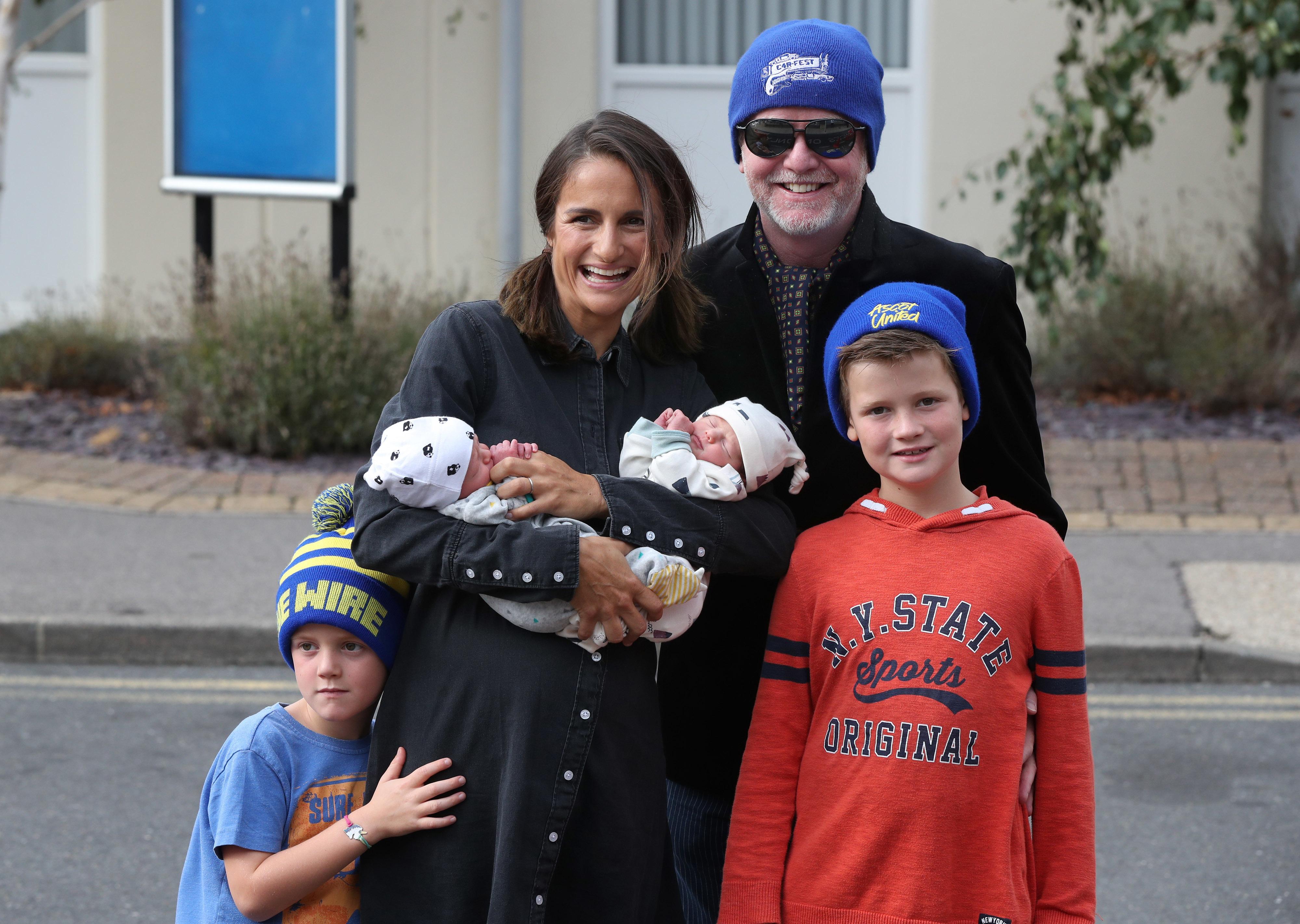 "They're not the unborns anymore, they're the newborns and they came out with us because it's so cool when your new babies are less than a day old because once they're a day old, two days, a week, six months…

"That all seems to happen very quickly but the first 24 hours you can go round and say 'they're not a day old yet, they're still not a full day old'."

Chris revealed he had a very heavy night and ended up falling asleep on the sofa shortly before he had to get up and get to work.

"So we went out last night, had a house full, I fell asleep on the sofa, woke up on the sofa. I think this is going to happen quite a lot more…

"We're expecting more people over tonight, I might not even get the sofa actually but that’s Ok. Mum doing very well, babies splendid, sparkling we are beyond blessed." 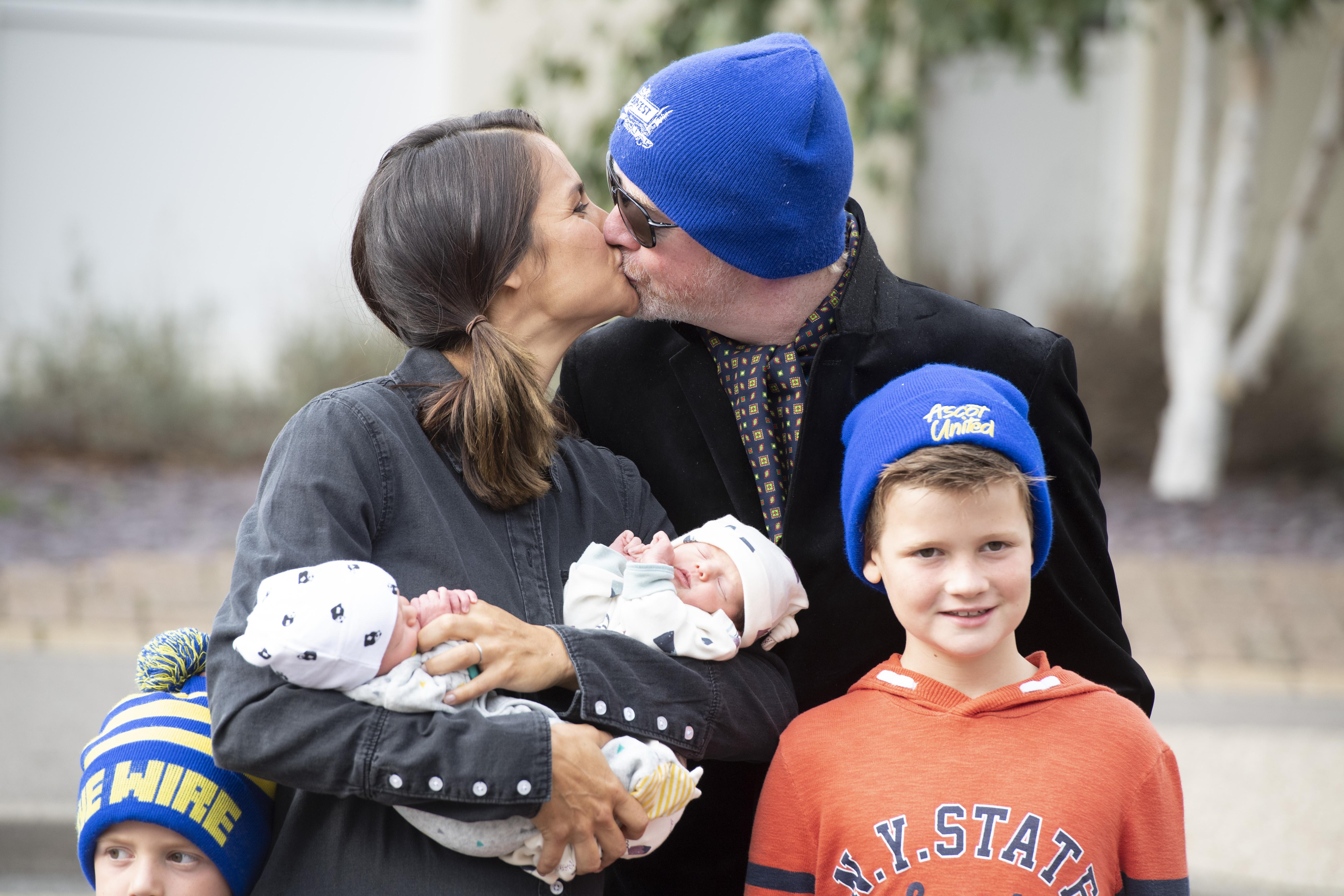 The star's wife Natasha Shishmanian gave birth to the babies – a boy and a girl- this week and the news was announced on Evans’ Radio 2 Breakfast Show on Thursday by stand-in host Sara Cox.

Yesterday the couple were seen leaving hospital with the twins, who were previously nicknamed Ping and Pong.

The delighted parents flashed beaming smiles as Natasha cradled the twins – daughter Boo who was born at 5lbs 3oz and Walt weighing 5lbs 7oz — alongside their sons Noah, nine, and Eli, six, outside Fimley Park Hospital in Surrey.

As Sara announced the babies' safe arrival. she read a statement from the 52-year-old dad-of-five. 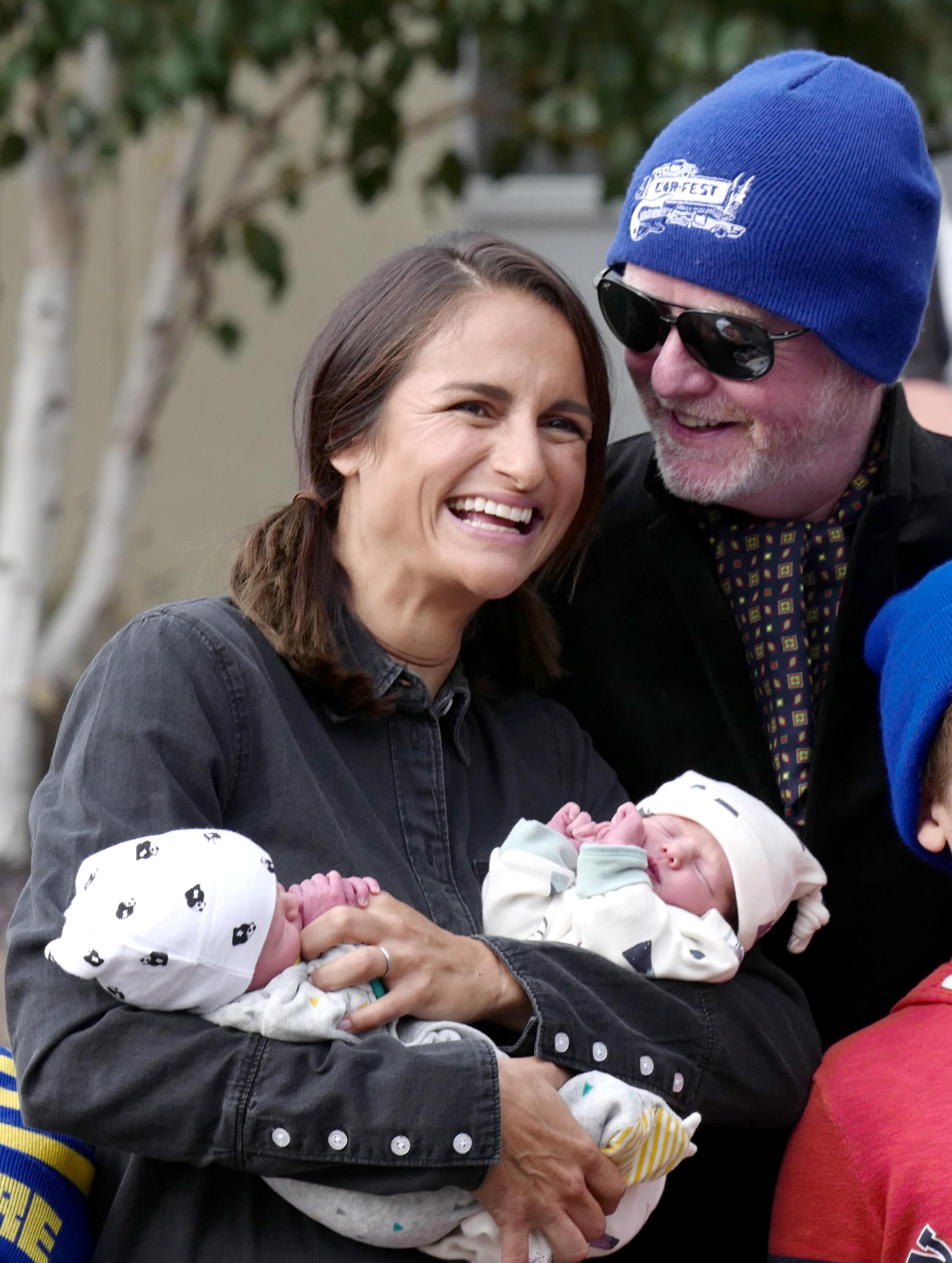 She said: “Ping and Pong arrived safe and well last night. Ping popped her head out at 22.10, Pong popped his head out 12 minutes later at 22 minutes past 10.“Both healthy, both strong, happy and blessed, as was mum throughout. 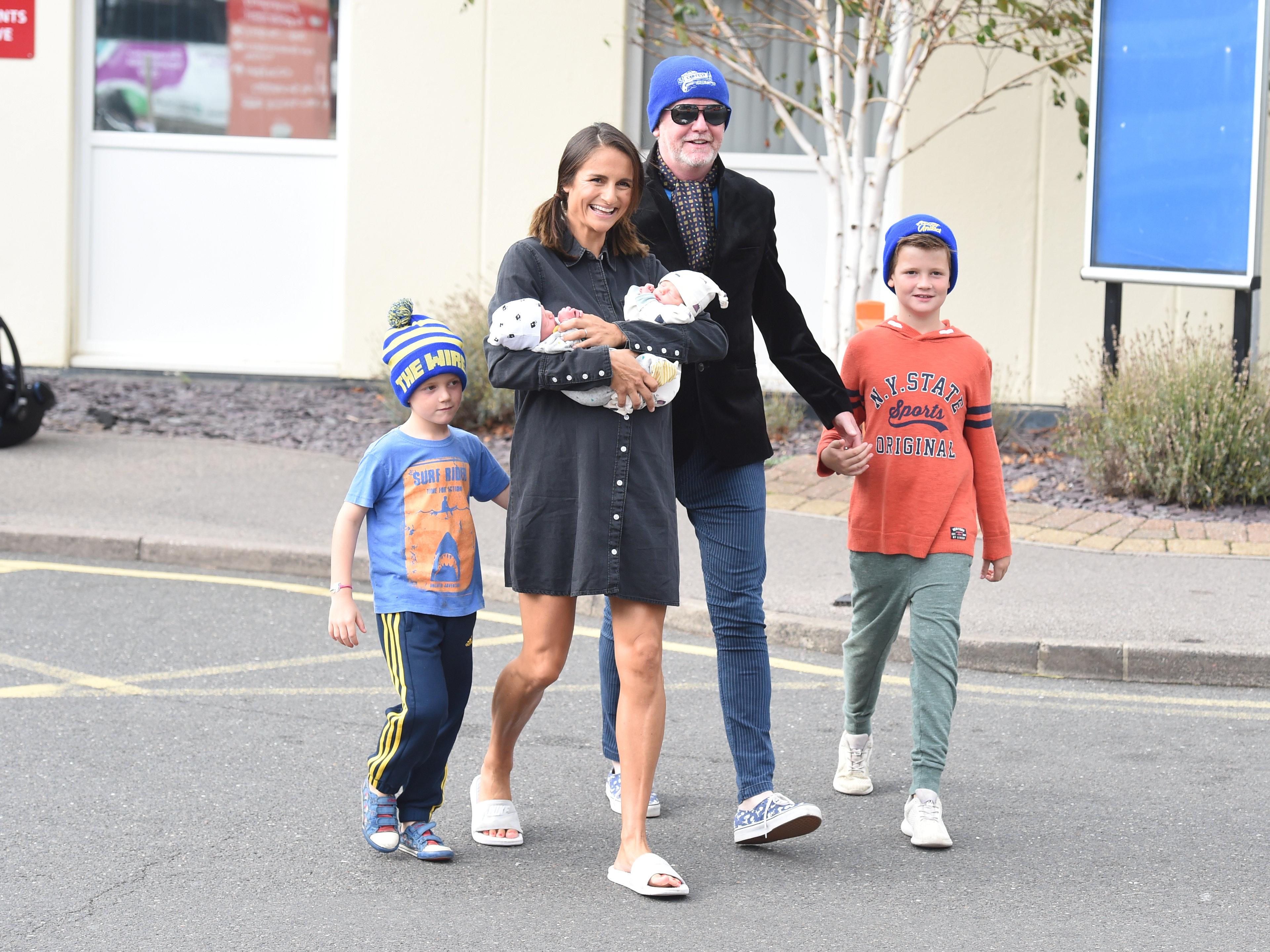 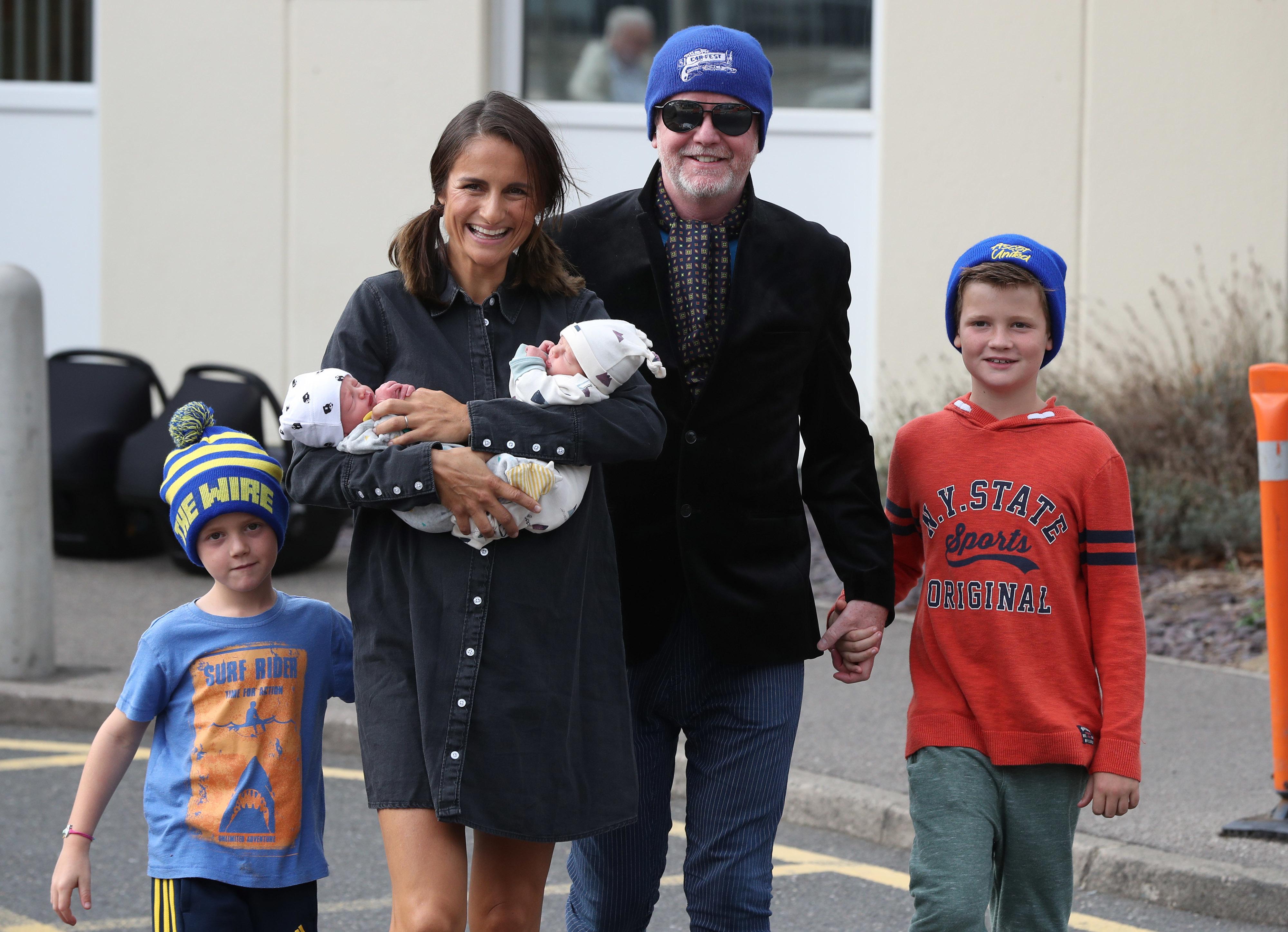 The babies came after Evans confirmed he and his wife were undergoing IVF treatment for “one last hurrah”.

Last week he said Ping and Pong was a “working title” for the babies, and that he was considering using them as middle names.

He told Janet Jackson, a guest on his show: “We call them Ping and Pong because they are the unborn. We have a working title.”

But he added: “It’s so cute I want to keep them as the names Ping and Pong.” 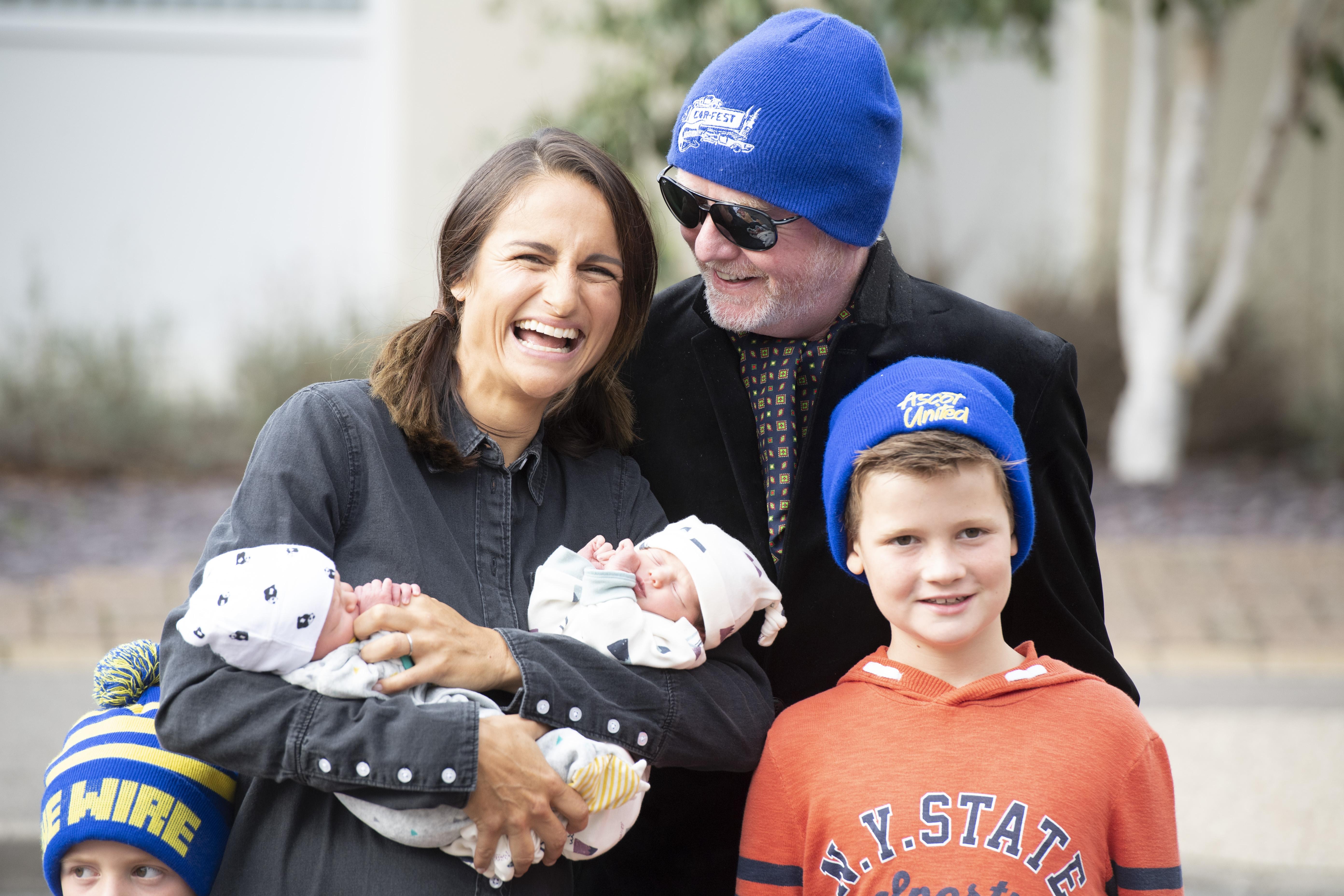 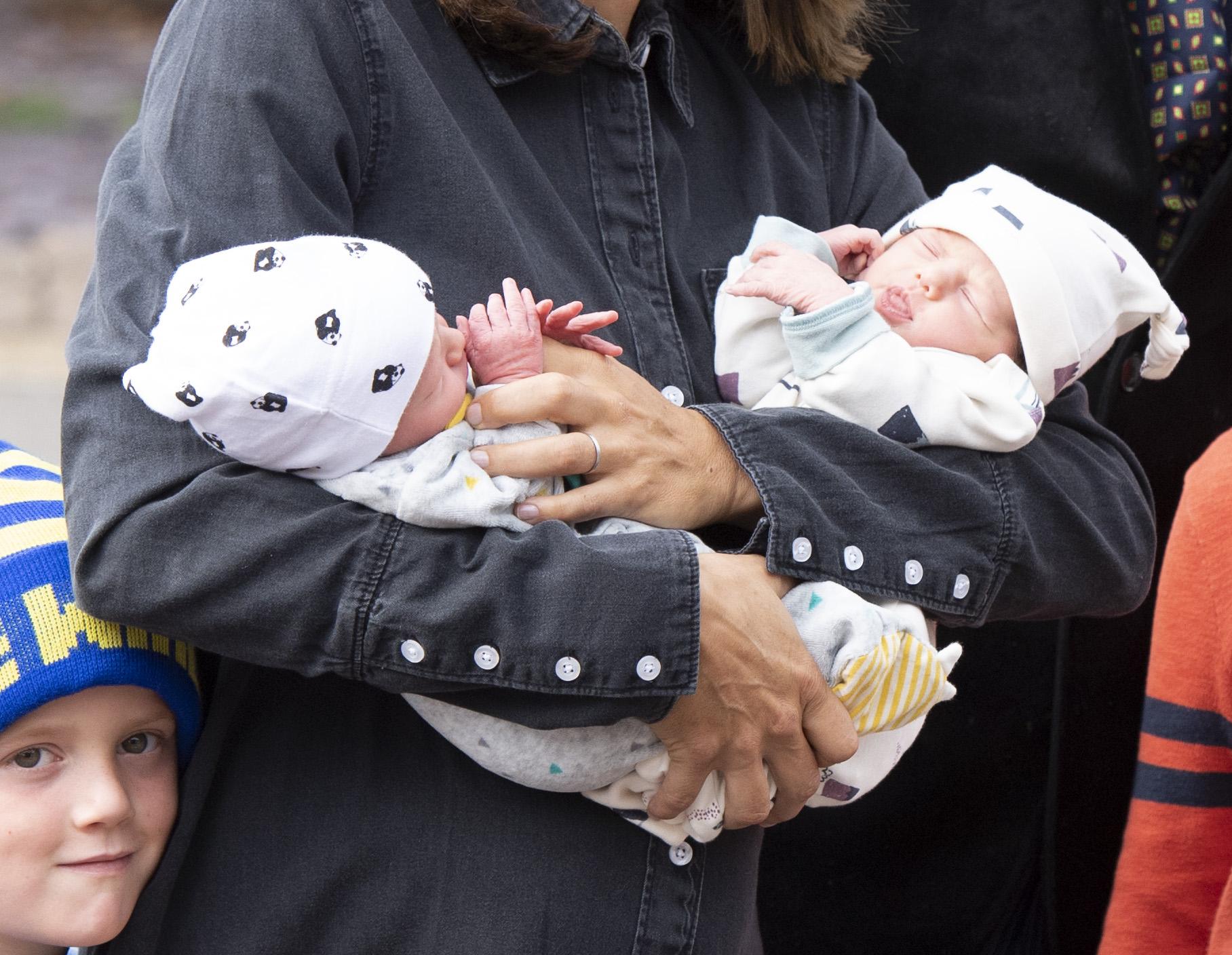 When singer Jackson asked whether he meant nicknames, Evans replied: “Or middle names.”

On yesterday’s show, Sara also addressed her long-term future on the show – after The Sun revealed Zoe Ball is in advanced negotiations to take over from Evans when he moves to Virgin Radio early next year, despite Sara being an early favourite.

As she introduced the programme in the long-serving host’s absence on Thursday, she said: “Well here we are then, welcome along to the show.

“My name is Sara Cox, we never thought we would get here, this is your brand new Radio 2 Breakfast show and I just want to say I am so thrilled. I would like to thank my mum for her support…”

Pausing, she could then be heard speaking in the background saying: “Just one day? Oh.”

Evans and Shishmanian married in 2007. As well as the twins, they also have sons Noah, nine, and six-year-old Eli.