Claudia Winkleman hysterical over emotional reunion on The One Show: ‘Think I’ll cry!’

Claudia Winkleman, 48, was in for quite the surprise on The One Show as she thought she was making an appearance to speak about her new book and the return of Strictly Come Dancing. However, hosts Alex Jones, 43, and Jermaine Jenas, 37, thought they’d reunite the presenter with someone very close to her heart. After expressing how difficult she found teaching her own children during the lockdown, the guest voiced her admiration for the person who taught her during her school days, but she wasn’t expecting for to see Mrs Dayle sitting before her on the BBC show.

Marking World Teachers Day and asked if there was one person who stuck out in her memory, Claudia said: “We had a history of art teacher at A-level.

“I’ll be honest, me and my friends were all bad highlights and chewing gum so we just ticked history of art because we [thought it would be a doss].

“[Mrs Dayle] was phenomenal and she taught us like grown-ups and she fought for us all to go to Venice – people don’t go to Venice until they’re in their 40s or 50s.

“She made us fall in love with art by also lowering our expectations,” she added before Alex asked her when was the last time she’d seen Mrs Dayle.

“Not since I was 18,” the presenter remarked, before realising she was about to get a huge surprise and she became very emotional. 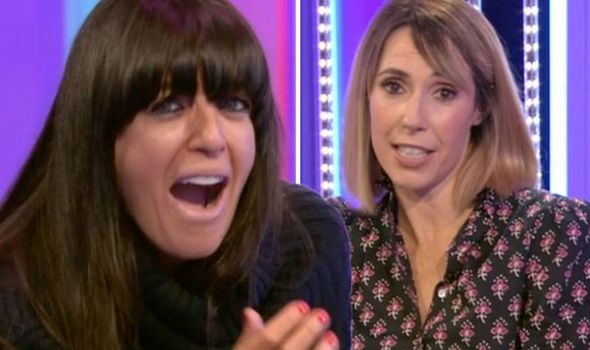 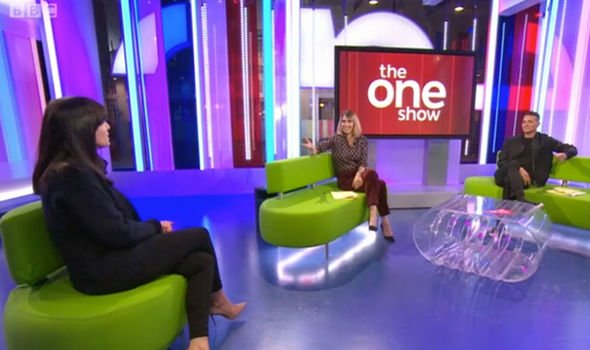 “You’re lying,” she declared as Alex tried to explain what was happening before Claudia asked: “Is she here?”

“She’s not here, but she did record this message,” The One Show host replied, to which the guest replied: “You’re joking!

“I might cry,” she added as she held her hand to her heart with a video message from Mrs Dayle then played on screen.

The history of art teacher said: “Claudia, although it’s 30 years ago, I still remember you as a very engaging pupil.” 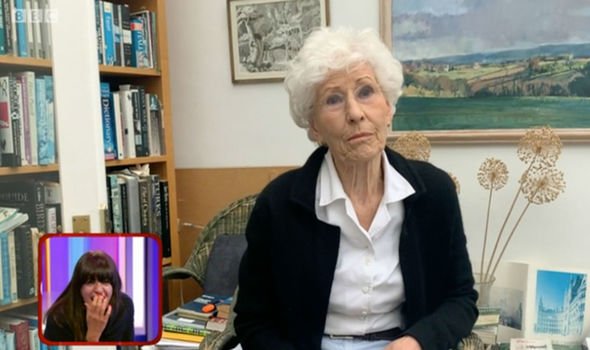 I can’t believe you did that

“It was a pleasure to teach you. You were a very nice pupil and you keen and you were engaging in the subject,” Mrs Dayle continued.

“I can’t believe you did that. This is my favourite show on tele,” Claudia replied, joking she was going to become a member of the team.

The emotional presenter then “thanked” the researchers of the show for tracking down her old school teacher.

Taking to social media, viewers watching at home were pleased to see the Strictly star receive such a surprise.

DON’T MISS…
Alex Jones talks arguments with husband as she addresses problem [COMMENT]
Alex Jones says husband being home has ‘its problems’ [VIDEO]
Alex Jones: ‘Looking for a hand to hold’ The One show host speaks out [COMMENT]

One fan wrote on Twitter: “I love Claudia #theoneshow,” with a second adding: “Love @ClaudiaWinkle!#theoneshow.”

With just days until Strictly returns to the small screen, the presenter couldn’t leave the show without giving away some details of what’s in store for viewers.

Referring to the current circumstances regarding the coronavirus pandemic, Claudia said: “We’re going to try our best.

“We are following all of the Government guidelines, so we will all be socially distanced. We just hope the audience comes along for the ride.”

Alex said she believed the show would receive its highest viewing figures to date, a statement Claudia tried to refute.

“Every year, you can’t take it for granted so every year we’re so nervous,” she continued, going on to praise the efforts of the team.

Claudia confirmed if someone does test positive for coronavirus whilst participating in the show, they will have to withdraw from the competition.

The presenter revealed she is also the last person to know who is taking part in the show before the official line-up is announced after she accidentally disclosed the entire cast list back in 2006 after being told she wasn’t supposed to.

The One Show airs weeknights at 7pm on BBC One. Steward, 18, failed to pass on concerns over Manchester bomber Colin Kaepernick Netflix Series Casts Its Young Colin – Find Out Who Is Playing the Role! Marc Anthony has been dating Basketball Wives star Evelyn Lozado
We and our partners use cookies on this site to improve our service, perform analytics, personalize advertising, measure advertising performance, and remember website preferences.Ok