COLDPLAY appear to be preparing to release their ninth studio album, called Music Of The Spheres.

I can reveal the group, made up of Chris Martin, Jon Buckland, Guy Berryman and Will Champion, have been working on a new project for months — hinting a new album is just around the corner. And official records show they have formally registered the name as a trademark ahead of any new release. 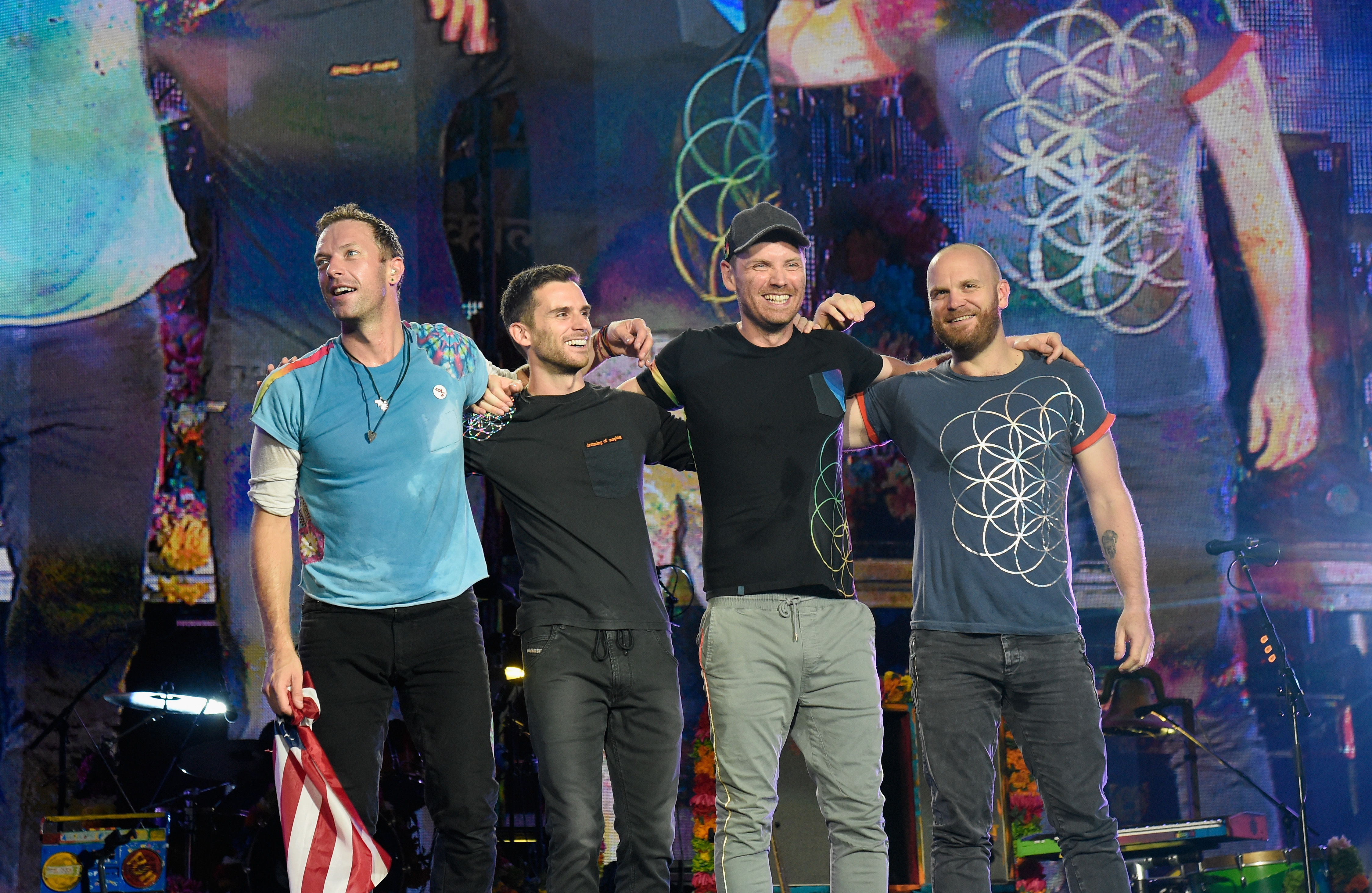 An insider said: “Chris and Co have been dropping hints for a while but now it’s finally getting off the ground.

“They’ve been busy working on new music during lockdown and it’ll all culminate in the record, which has the working title Music Of The Spheres.

“Chris and the group have now officially trademarked the name ready for an album.

“It also includes merchandise and everything they’d need for a tour. It’s a really exciting time for everyone involved.” 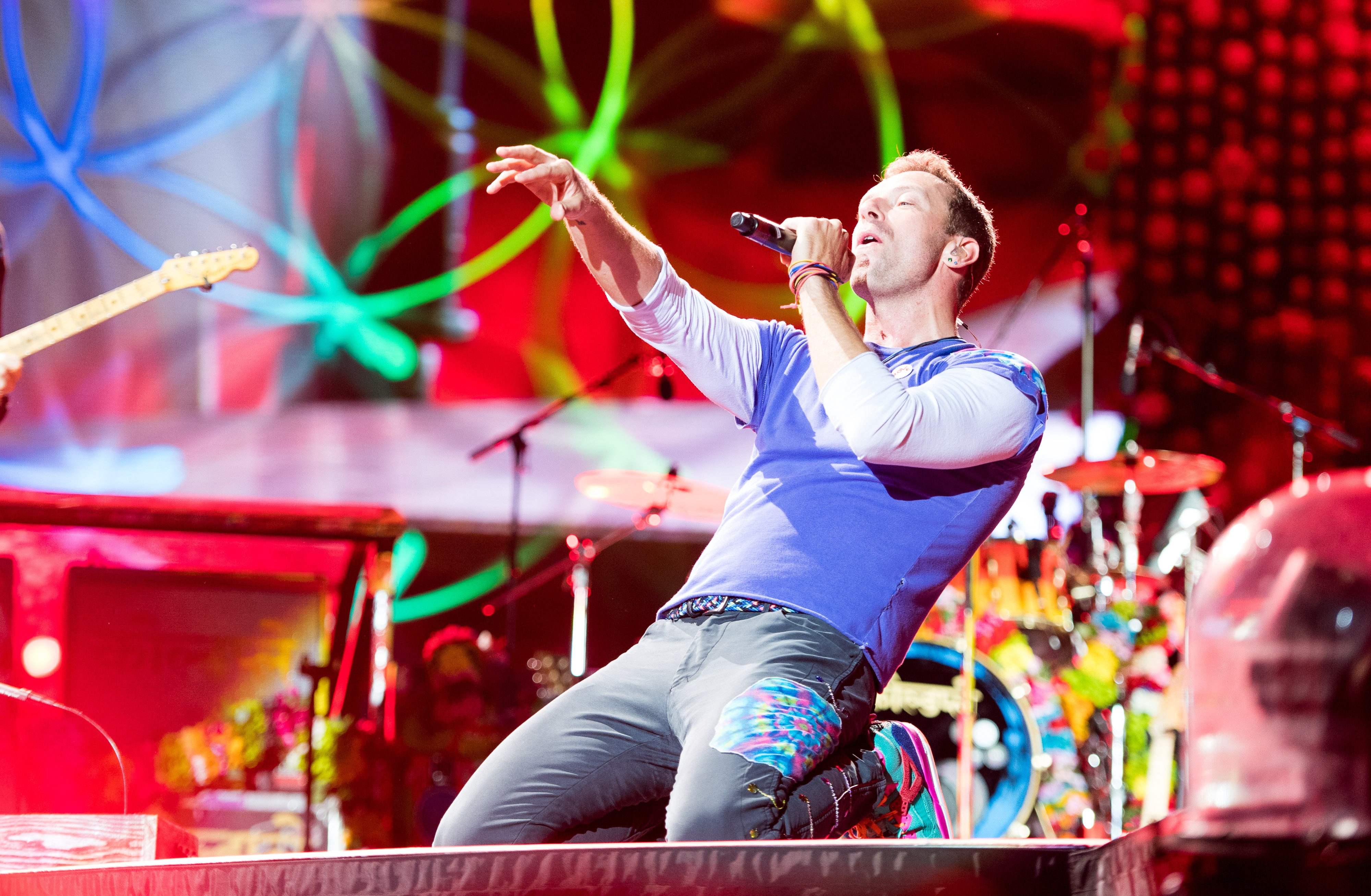 It has been almost two years since Coldplay released Everyday Life, their eighth consecutive No1 album. The source added: “There’s no doubt this project will also go straight to the top spot.”

Talk of the album’s title has previously been circulated among fans, who’ve spotted clues.

Coldplay appear to have taken a leaf out of Taylor Swift’s book, after she became known for planting Easter Eggs — clues to you and I — about her upcoming music months before the release. Within their Everyday Life vinyl, the phrase “Music Of The Spheres” was printed in the centre and there was a tiny caption underneath, which read: “Coldplay coming soon.”

Those close to the band are staying tight-lipped over a release date but I’ve been told fans won’t have to wait too long.

We all need something to look forward to.

ASHLEY TURNS IT UP TO MACS 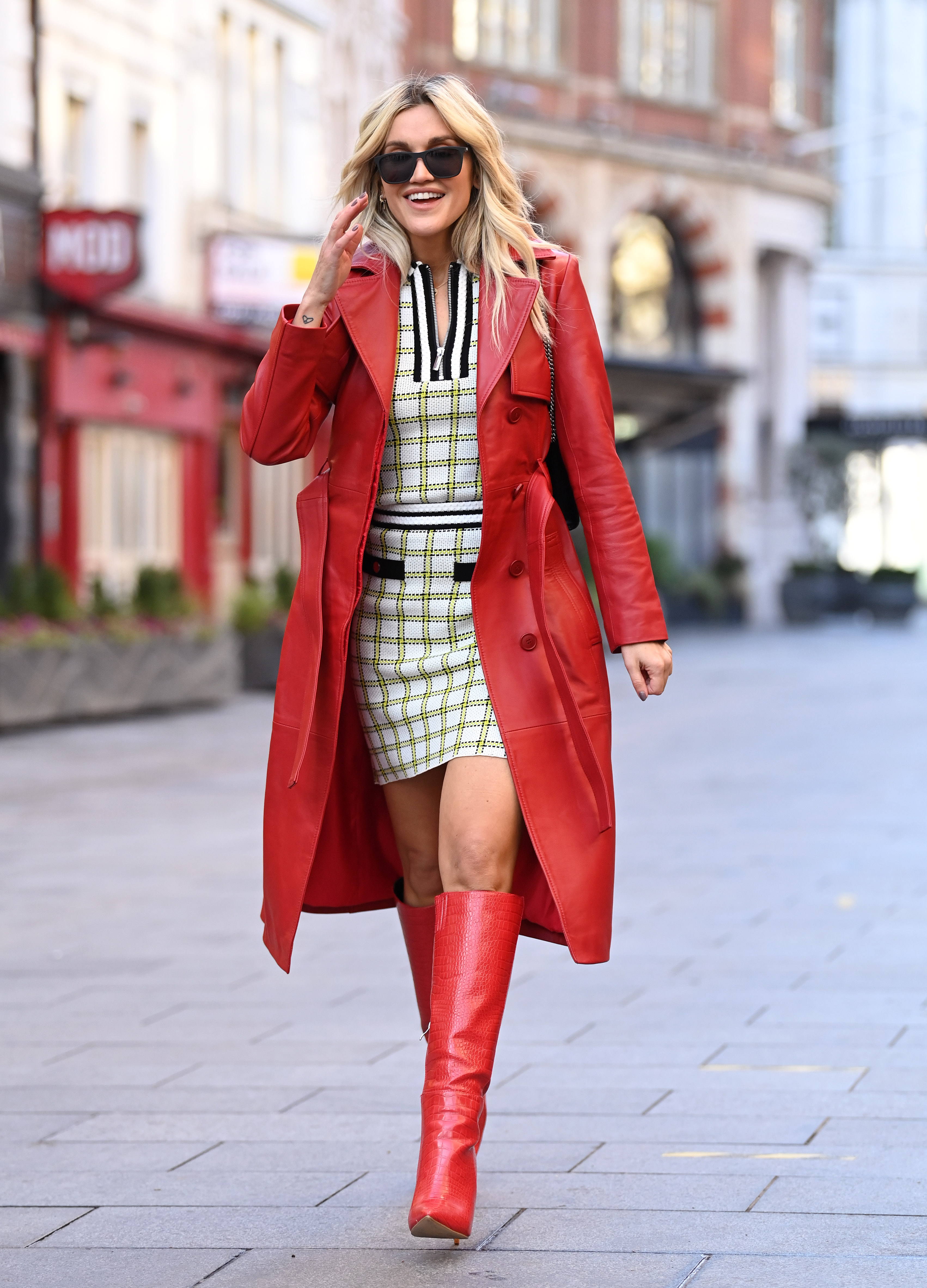 IT was impossible to ignore Ashley Roberts as she strutted out in style.

After finishing her stint on Heart FM with Amanda Holden, the Pussycat Dolls singer sashayed down London’s Leicester Square in a bright red leather mac, a pair of matching knee-high boots and an Yves Saint Laurent handbag.

Ashley is now gearing up for an exciting year with her bandmates Nicole Scherzinger, Kimberly Wyatt, Carmit Bachar and Jessica Sutta.

I revealed last month how they were in talks with a number of big US music firms, including Madonna’s management, to oversee their comeback and upcoming React tour.

After over a year of delays due to Covid, I’m sure it’ll be well worth the wait. 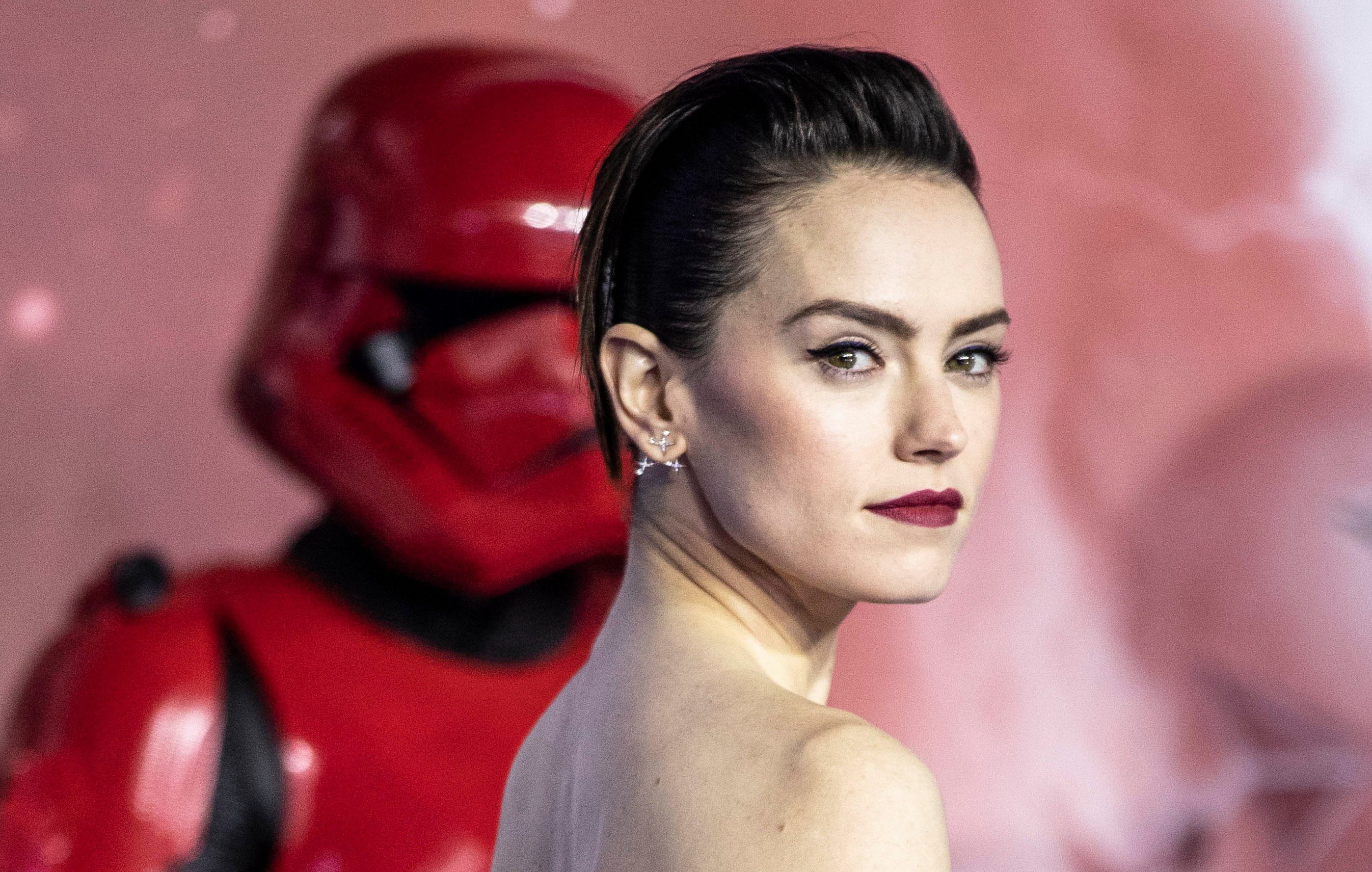 DAISY RIDLEY has become the latest celebrity to ditch social media, saying she wants to have a more private life and maintain her mental health.

The Star Wars actress says she has friends addicted to platforms who suffer from anxiety, and has vowed never to return to Instagram. She said: “I have managed to separate my personal life well from my professional life, partly probably because I’m not on social media.

“The statistics that link them (social media sites) to anxiety are terrifying. I have friends completely addicted to their phone who have suffered with this problem.”

She told Spanish publication Smoda: “I don’t want to go back, but sometimes I think about it. But the truth is that no, I won’t be returning.” 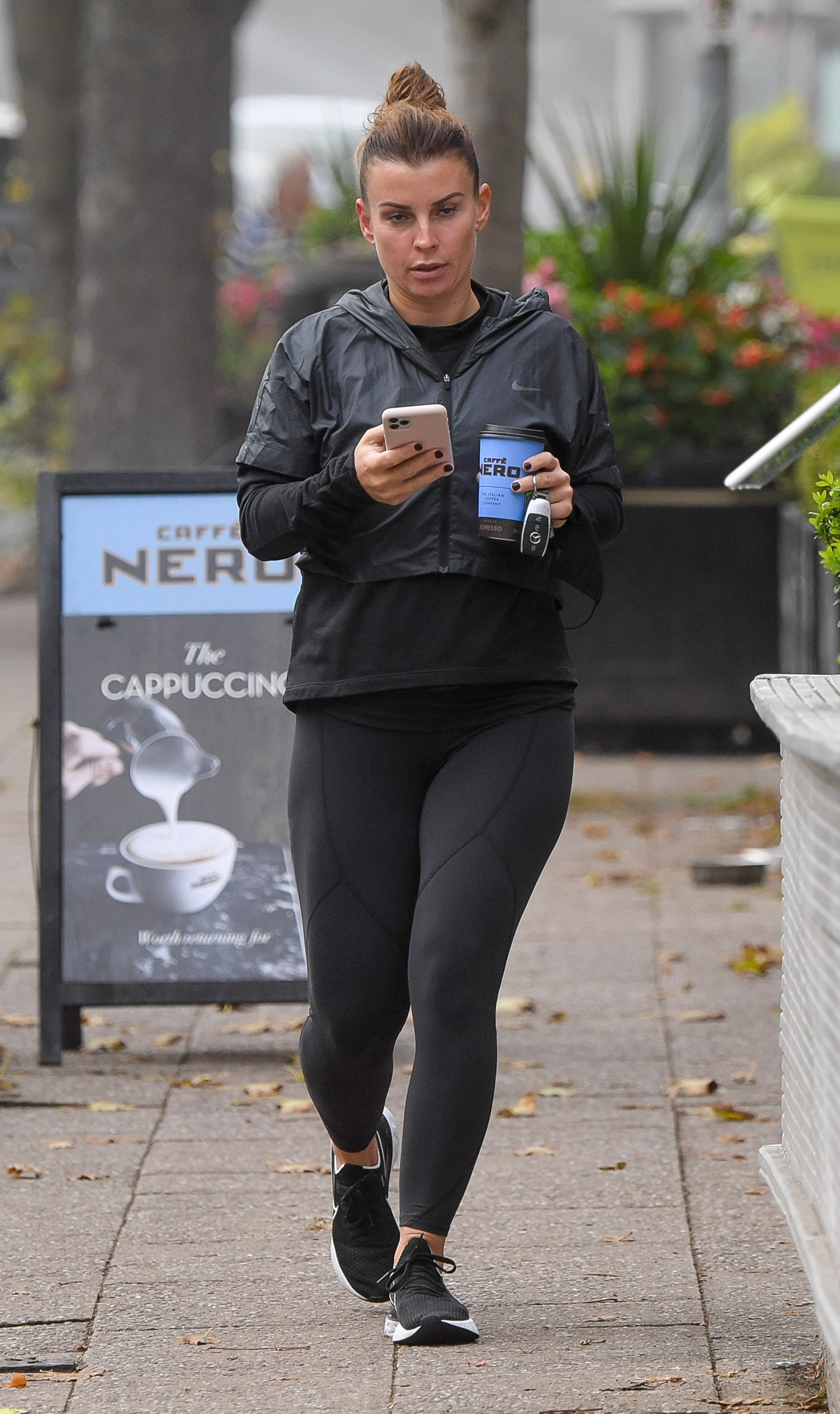 THE peace talks between Coleen Rooney and Becky Vardy broke down again on Thursday, with the warring women failing to come to a truce over the Wagatha Christie saga.

But while both initially agreed to another meeting next month, I can reveal that yet another U-turn was pulled by camp Rooney before the day was out. Those close to Coleen revealed that her legal team reached out again to Becky’s lawyers on Thursday night in a last-ditch bid to strike a deal. 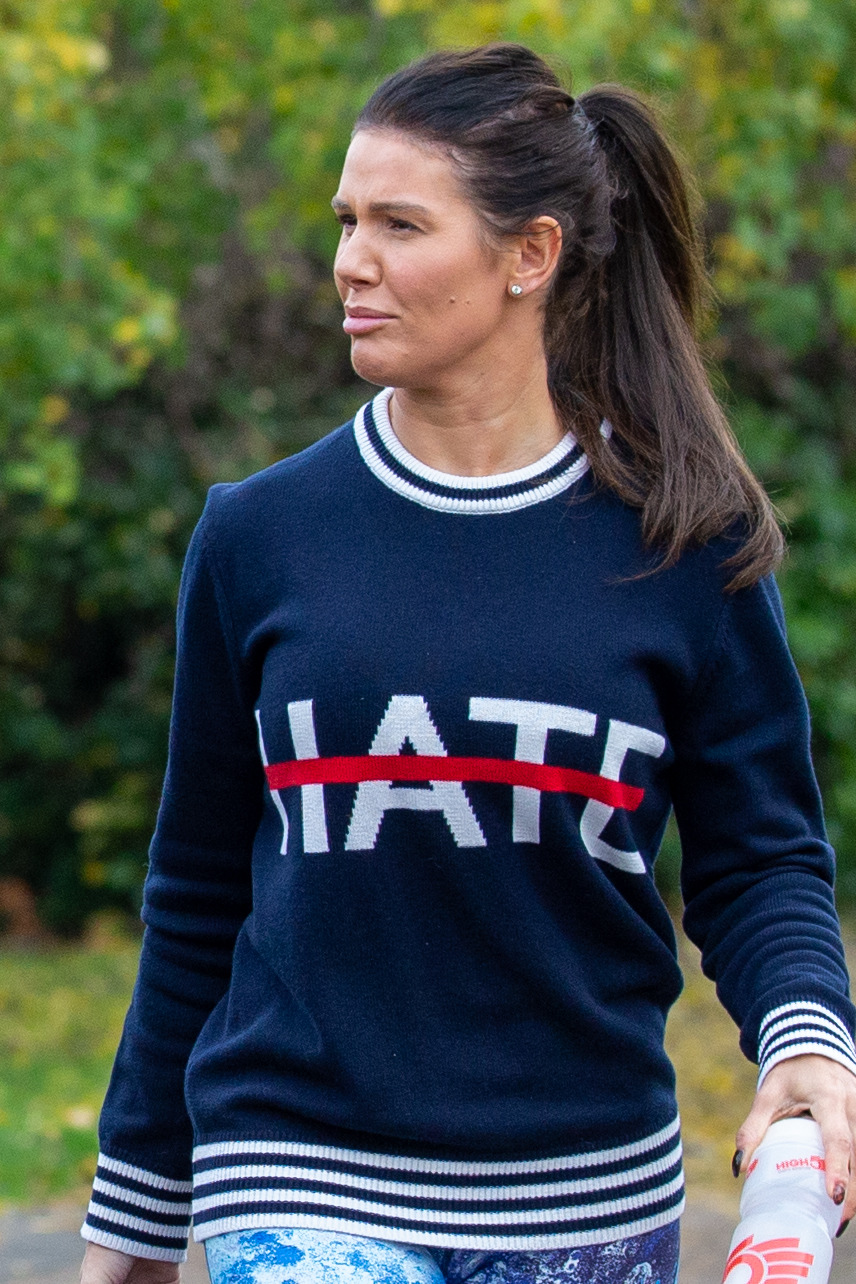 A pal explained: “After no resolution was found on Thursday, both parties agreed to roll over the talks into another meeting in the coming weeks.

“But just a few hours later one of Coleen’s legal team had a brainwave and called Becky’s legal team for a late meeting to discuss their thoughts.

“It came to nothing but it shows how keen Coleen is to settle. Her team is working round the clock to find a resolution. But as she won’t apologise, it’s not going to be an easy negotiation.”

Those batting for Becky have said an apology is a must, along with Coleen deleting posts alleging Vardy was behind leaks about her personal life.

The row has already cost Coleen more than £22,000 after she lost the first round of the case.

I can see this rumbling on for at least a couple more months . . . 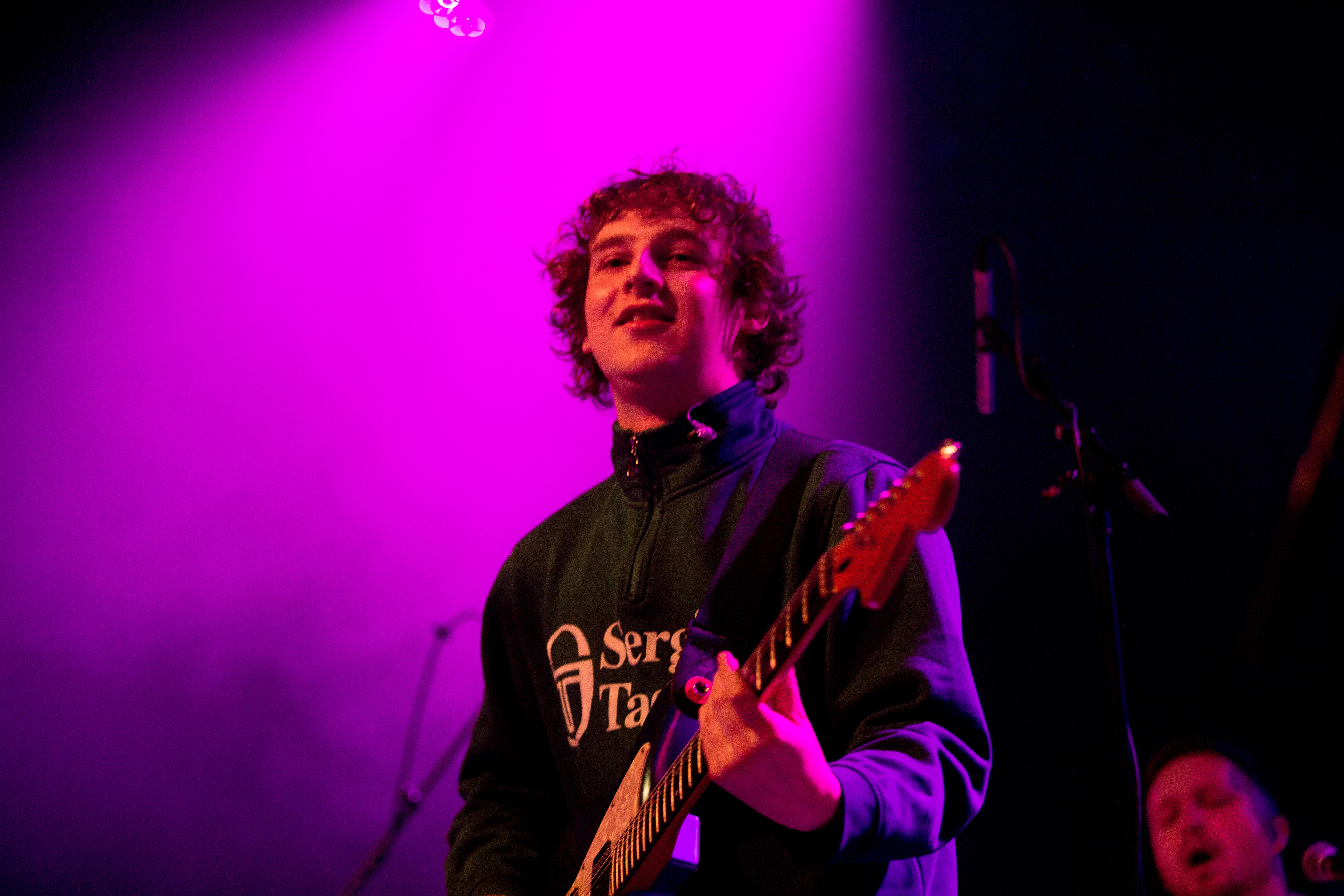 Lewis Capaldi’s favourite local band The Snuts are back with new track Somebody Loves You – and they’re helping good causes in their homeland along the way.

Lead singer Jack Cochrane said: “When our record label asked what we’d do if they gave us the full video budget, we decided to help bring attention to the Scottish Refugee Council. The work of this charity is something I am particularly inspired by.”

MAYA'S GLOWING FOR IT 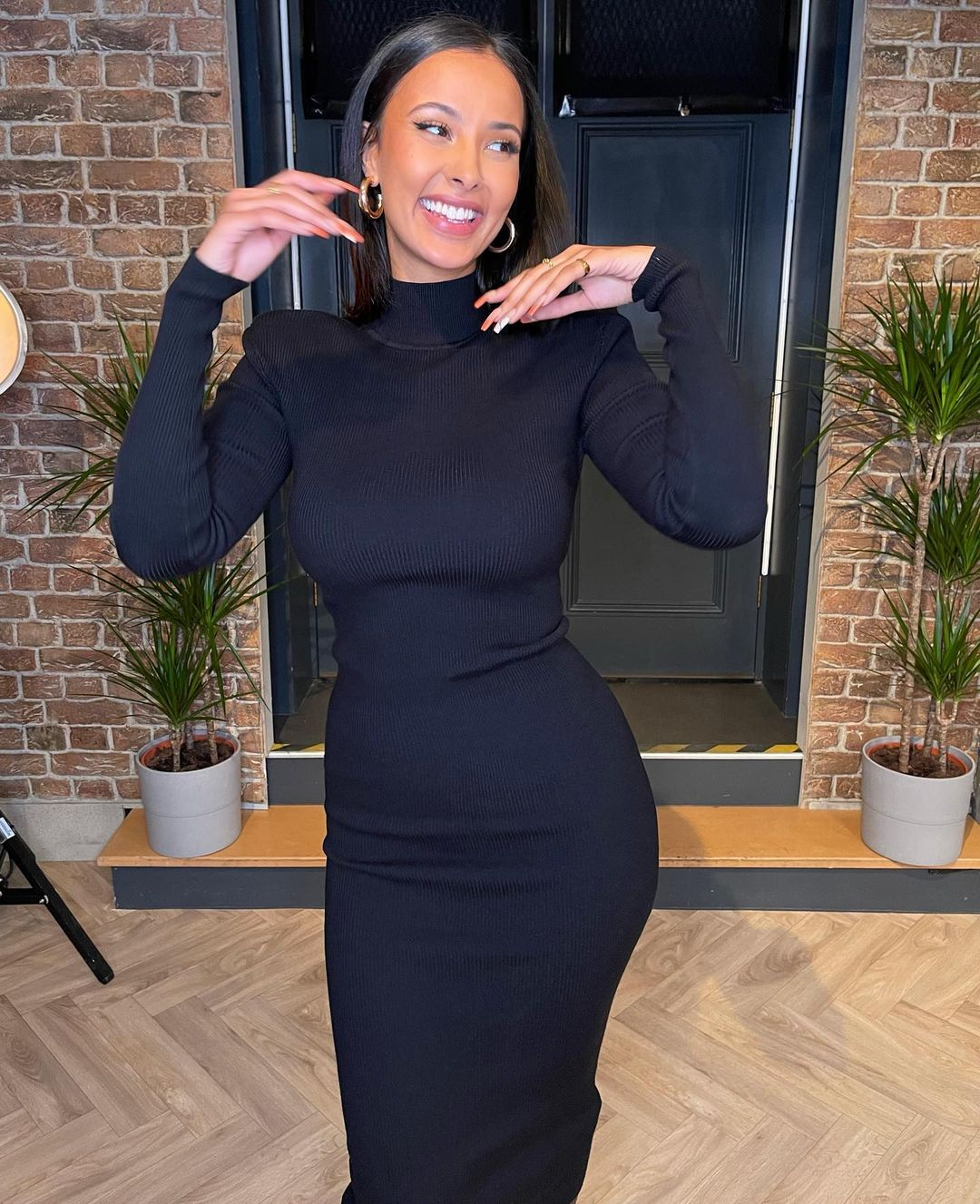 MAYA JAMA’s got her on-screen style all wrapped up.

The telly star and former Radio 1 DJ was in high spirits as she posed in a high-neck black maxi dress during filming for the third series of BBC show Glow Up.

Maya was announced as Stacey Dooley’s replacement on the make-up show at the start of this year.

I can’t wait to see her in action. 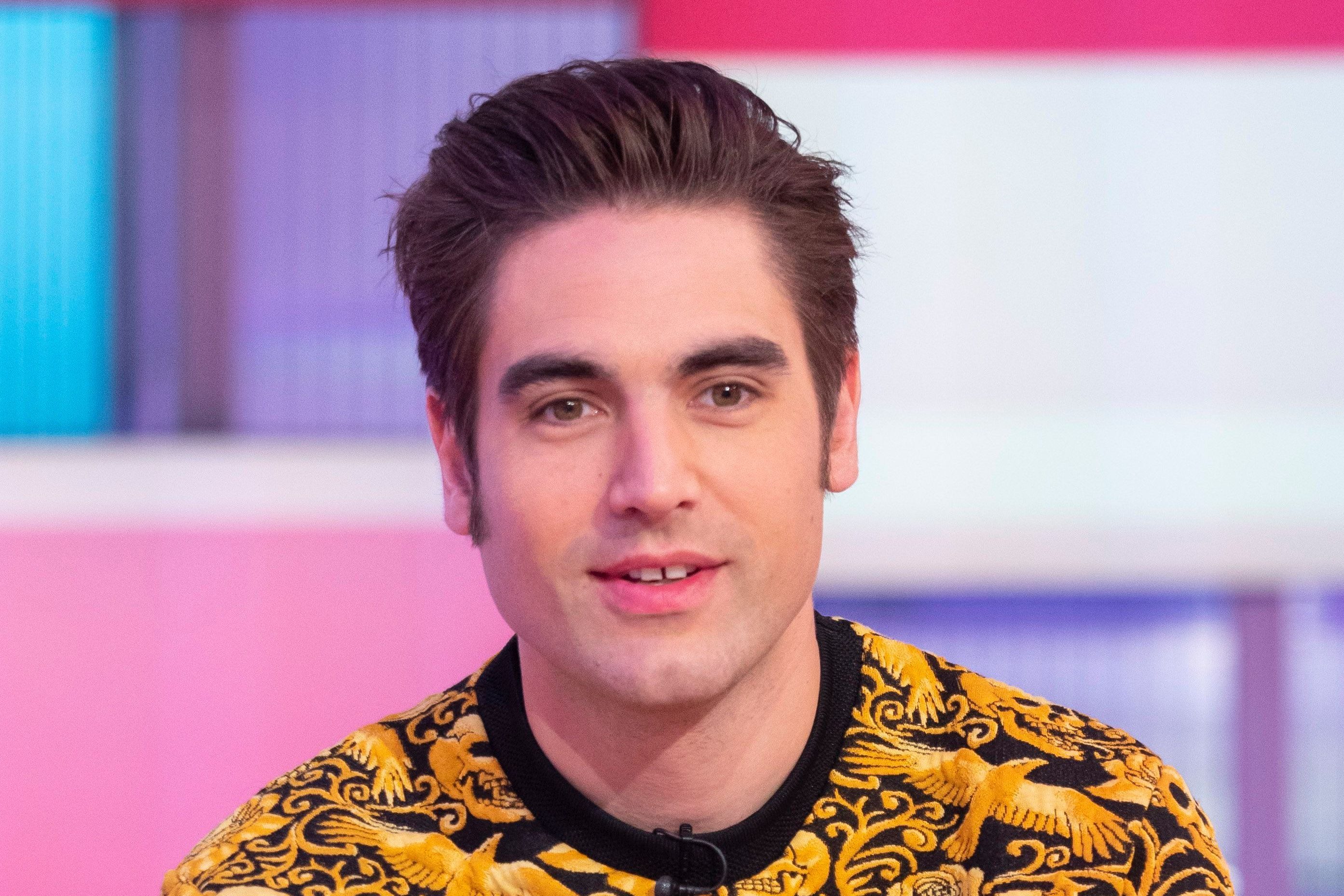 Charlie said: “Blameless is a self-reflection at the end of a relationship. When a relationship ends it’s so easy to get caught up with feelings of resentment.”

Also dropping music is Shaun Ross with WX5 following the success of his first song with Lizzo, Symmetry.

SAM IS SO LUCKY IN LOV 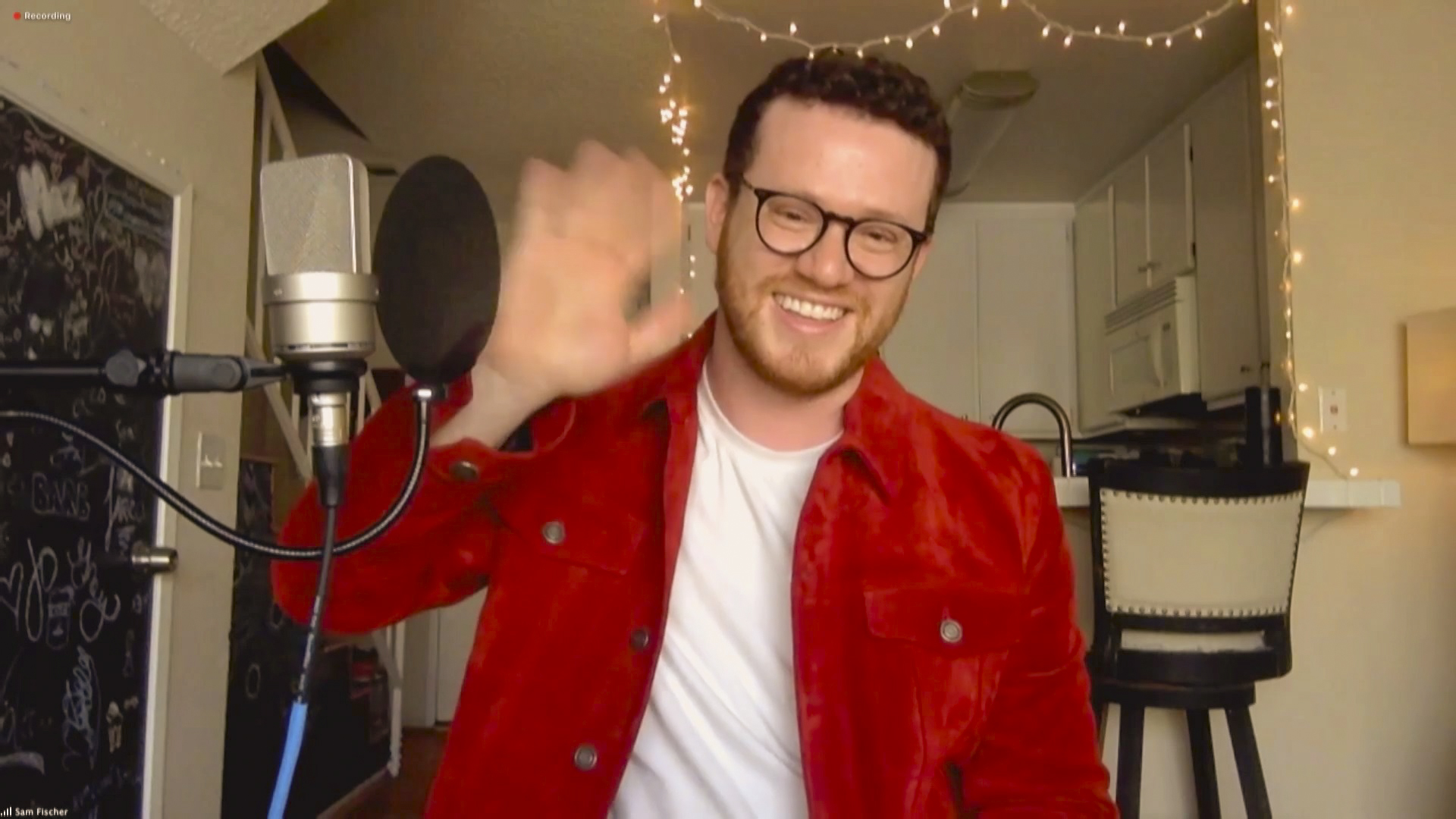 SAM FISCHER has revealed his new duet with Demi Lovato, What Other People Say, came about totally by chance – after another artist skipped a writing session.

And it couldn’t have worked out better for the Australian singer, who released his break-out hit This City last year.

In an exclusive interview, Sam said: “The writing session was actually supposed to be for another artist, but that artist didn’t turn up.

“Demi heard it and immediately connected with the lyrics. 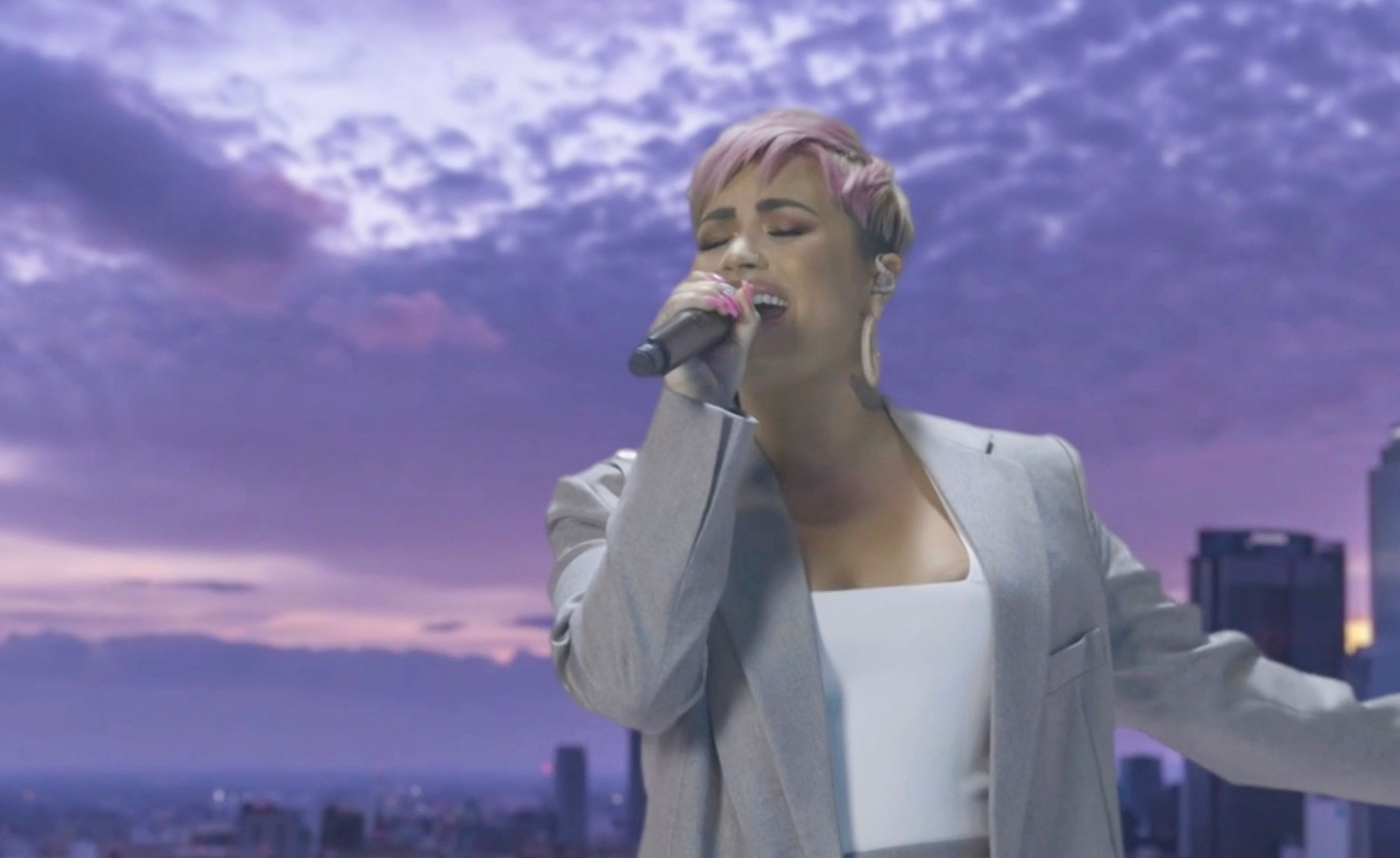 “I felt like this was something that she really wanted to say and share from her own personal perspective.

“But she hadn’t found the words to do that yet. So it’s kind of nuts.”

Sam went on to admit that Demi was one of the most talented musicians he’s worked with.

He added: “Demi has one of the best voices in the world.

“My personal opinion is that she’s never sounded better than on this song. Her voice is other-worldly.

“She’s been through so much.

“And to have the ability to be able to almost relive what you’ve gone through to put into a song and share that with people and be able to use your experiences to help others is such a beautiful gift that she possesses.”

If you haven’t heard this song yet, I suggest you give it a listen – you won’t be disappointed. 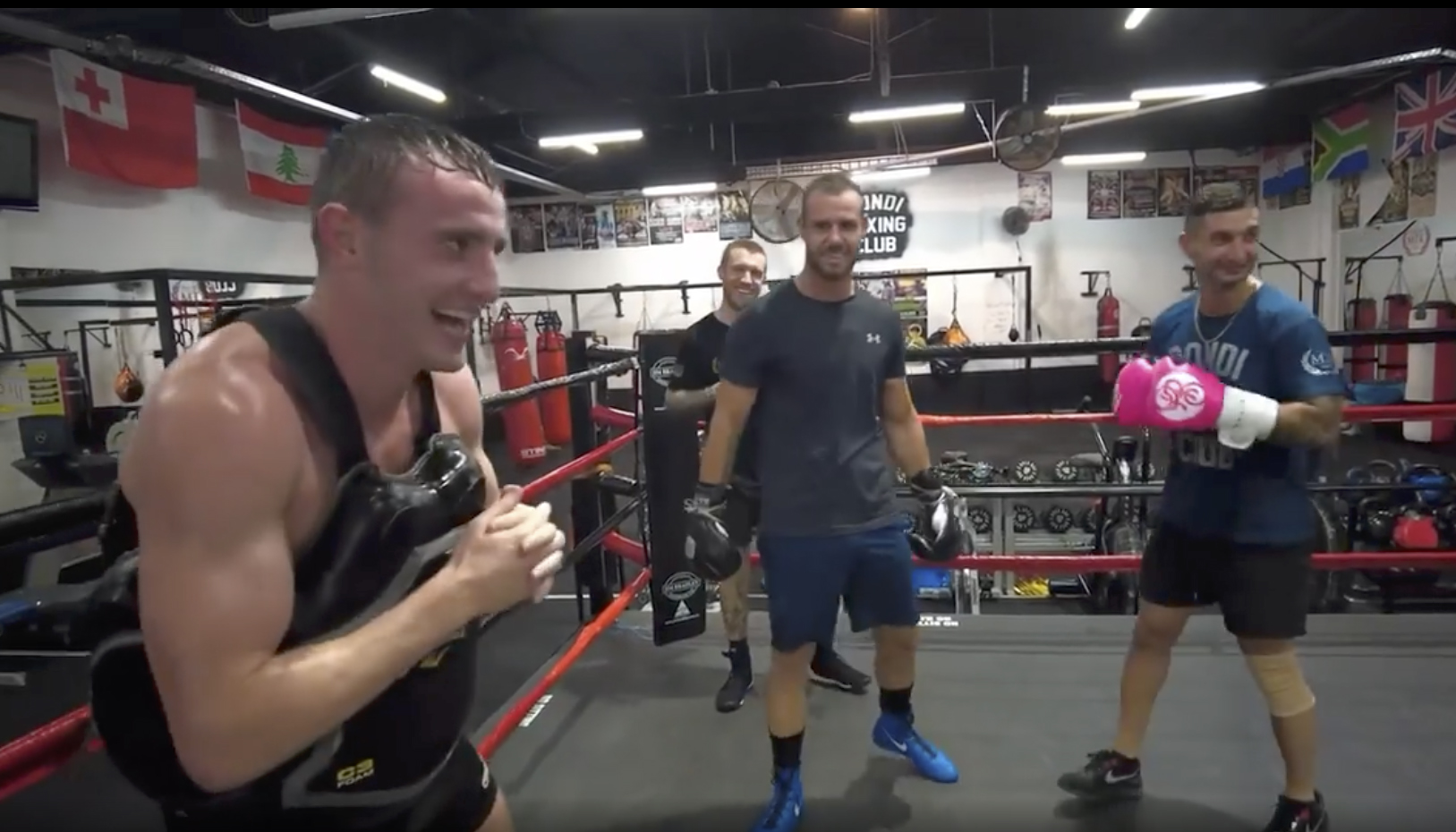 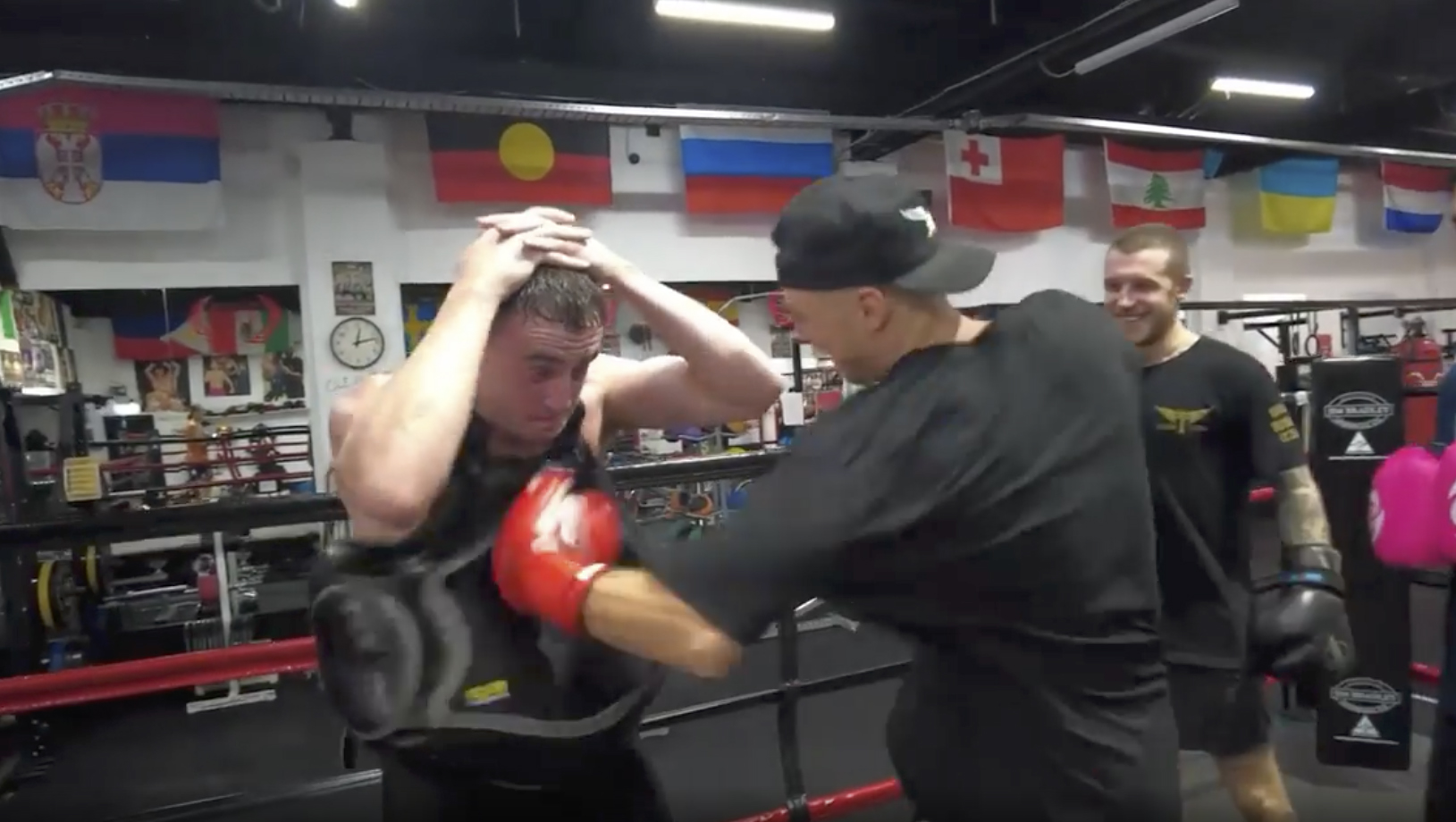 HE’s no stranger to facing fans who want to put their hands all over him.

But Paul Mescal got a different kind of treatment when he visited the Bondi Boxing Club in Australia.

Previously unseen footage showed the Normal People star playing the role of human punch bag for some of the club’s boxers.

The club posted the video to mark Paul’s 25th – and it’s given a whole new meaning to the birthday bumps . . . 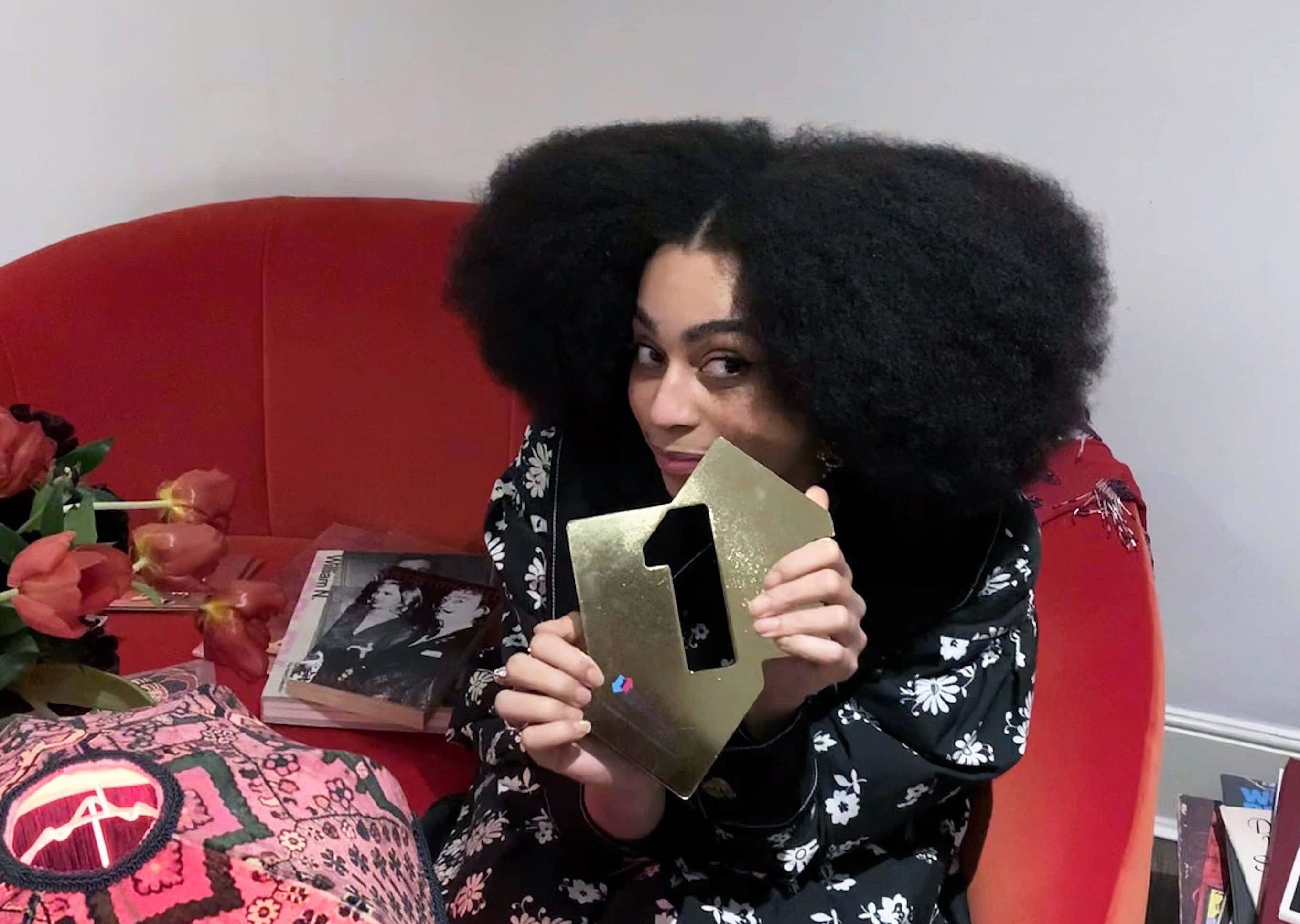 Olivia Rodrigo bags a fourth week at No1 and Dave returns to the Top Ten featuring on Fredo’s new song Money Talks. Irish DJ Shane Codd rises up to be the week’s eighth most- played song.

UK artists have had a strong week with Celeste at the top with her debut studio album. And grime artists Chip and Fredo also nab a Top Ten spot with their new records. 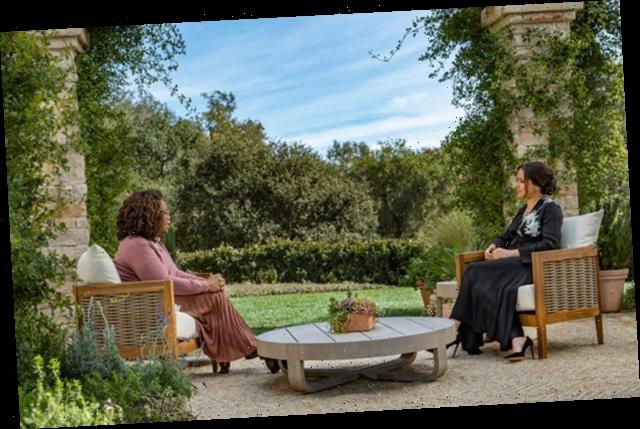