The 53-year-old presenter and singer tweeted on Tuesday night that she wanted to "spend time with her family" and that she is "still very upset by what happened". 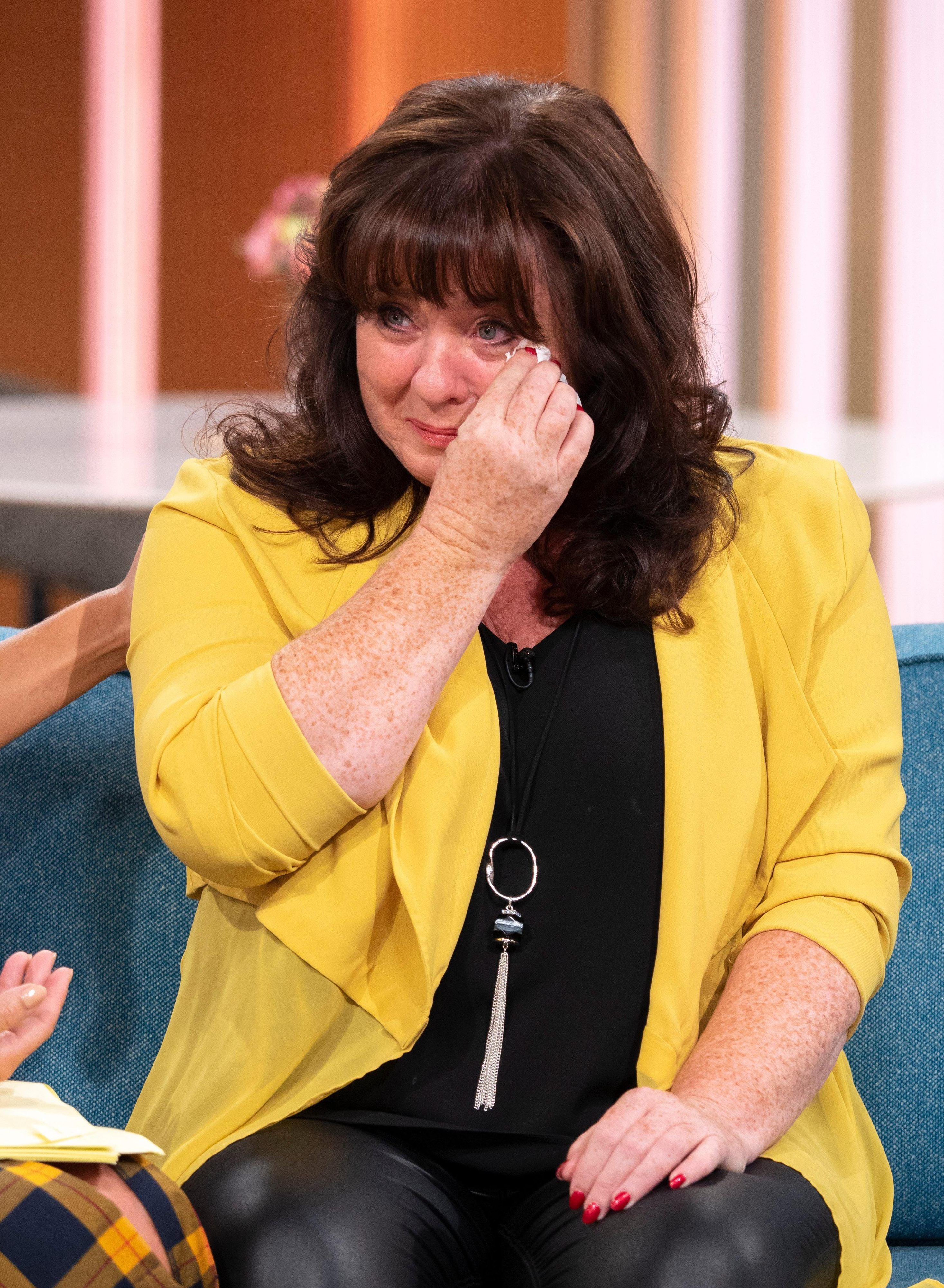 But despite her tears this morning her account tweeted: "Coleen is back on @loosewomen on Thursday".

However a pinned tweet now reads: "Just to let everyone know – Coleen won’t be on @loosewomen on Thursday she’s decided to go home & spend time with her family instead.

"She didn't expect to cry on @thismorning And she’s still very upset about everything that's happened &thanks you for your kind messages & support x."

Coleen earlier broke down in tears in front of This Morning hosts Holly Willoughby and Paul Schofield as she addressed the Kim feud.

The pair fell out on live on air last week after coming face to face for the first time since their feud on Celebrity Big Brother.

After Coleen won CBB last year Kim called her a "boring fag ash Lil" and said she had a "rotten mouth".

It was suggested that How Clean Is Your House star Kim had come on Loose Women to "make amends" with Coleen but it was clear early on that wasn't going to happen. 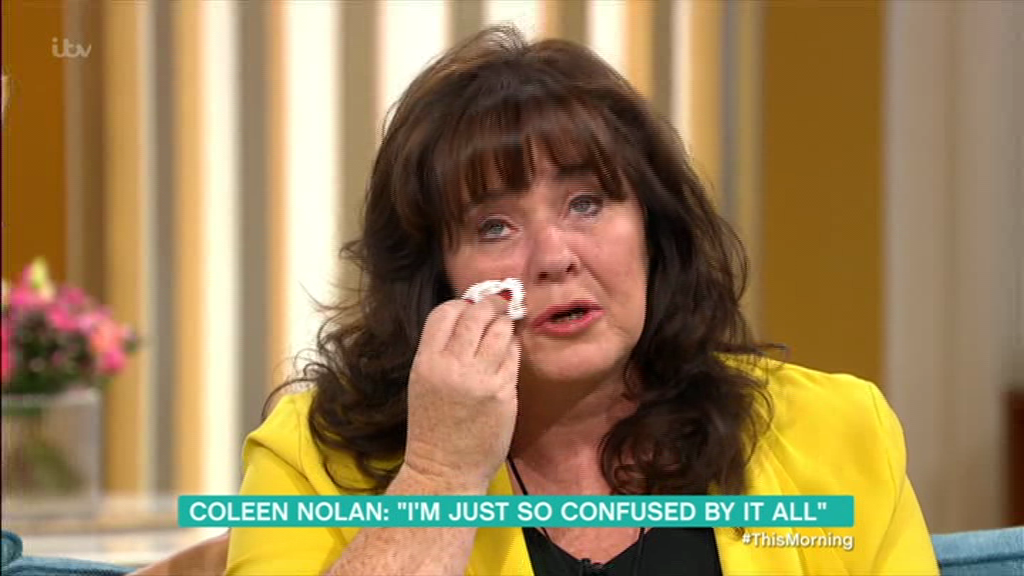 During Kim’s appearance she started crying while discussing her "very sad" and "brutal" childhood.

But she became upset as she spoke because Coleen could be heard whispering: "We got this every day as well."

Kim ended up calling Coleen – who was joined by her sister Linda in the episode –  "lying trash" and a "piece of filth" before storming off the set after a heated row.

Kim called for Coleen and Linda to be sacked from the show and many fans agreed. 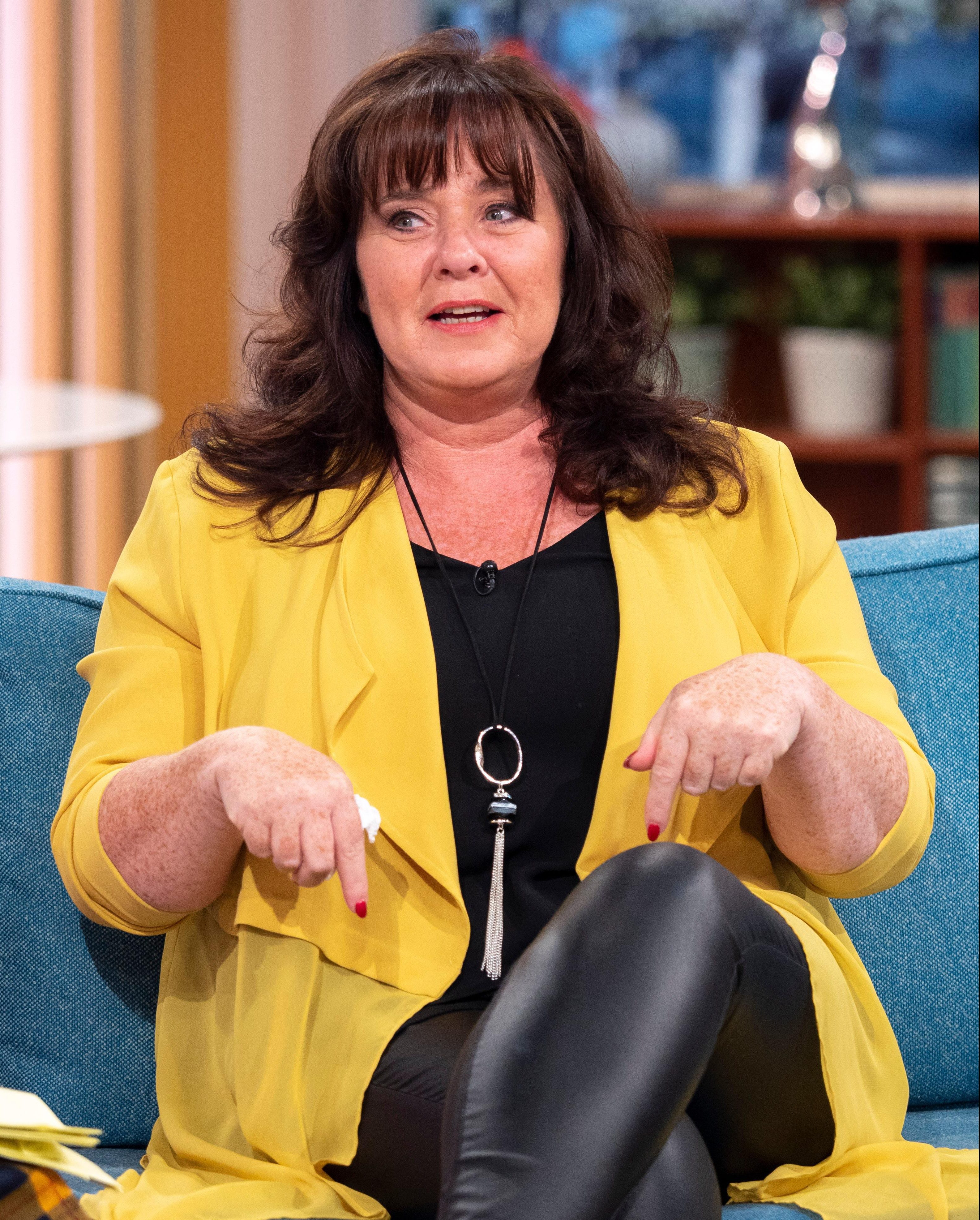 She continued: "And I have to say, it was so shocking, genuinely shocking, for all of us. None of us wanted that. "I don’t like to see anybody in that much distress, how she was in the end."

Coleen also revealed that she had received death threats afterwards and had even received vile messages such as "why can't you die like your sister?"

Her emotional appearance came after 23,000 people signed a petition calling for her to be sacked following the argument.

It emerged today that she planned to step away from appearing on Loose Women later this year, as she claimed in a magazine interview that she wants to focus on her upcoming solo singing tour – although it doesn't start until January.

She told Woman's Own: "Obviously, I'll have to take a break from Loose Women.

And it emerged today that she WILL step away from appearing on Loose Women, as she claimed in a magazine interview that she wants to focus on her upcoming solo singing tour – although it doesn't start until January.

She told Woman's Own: "Obviously, I'll have to take a break from Loose Women.

"I can't be a regular on it because I will be in Scotland, Wales, way down south, it will be impossible to be on the show two or three times a week."

But Coleen hopes to keep in touch with her pals on the panel and possibly make guest appearances via video link while she's away.

She added: "Hopefully I can pop back when I'm near enough, or when we can do live link-ups…"