'Coming 2 America' Draws Most Viewers for Streaming Film Launch of the Past Year, Ratings Firm Says 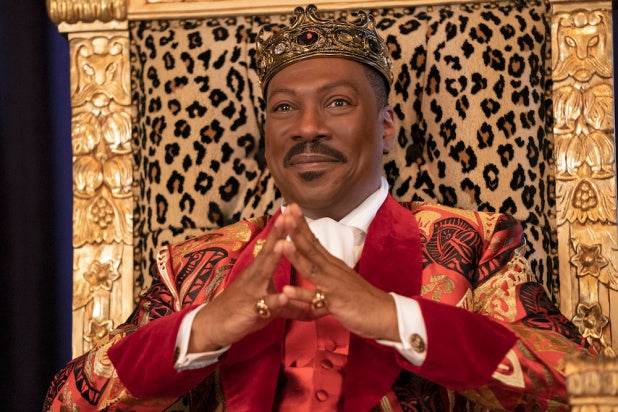 In its first weekend on Amazon Prime, Eddie Murphy’s “Coming 2 America” became the most-watched streaming film since movie theaters closed due to COVID-19 nearly a year ago, according to Amazon and Screen Engine/ASI.

The sequel to the ’80s comedy about an African prince traveling to New York to find true love topped “The Spongebob Movie: Sponge On The Run,” which was originally set for theatrical release but instead became a launch title for the new Paramount+ streaming service. “Coming 2 America” was also initially set to be a Paramount theatrical release, but was sold to Amazon as part of a series of sales of Paramount films to various streaming services.

Along with “Coming 2 America” and “Spongebob,” the top five most-watched streaming films of the weekend on Screen Engine’s charts were Netflix’s “To All the Boys: Always and Forever” and “I Care A Lot,” along with HBO Max’s “Tom & Jerry,” which was also released in theaters and has grossed just under $23 million in North America over the past 10 days.