Every time I think of Britney Spears I can’t help but think of Marilyn Monroe. Like Spears, Monroe was underestimated, abused, and her image remains so heavily exploited that her face is on everything from t-shirts to promoting rehab centers (which you, too, can see every time you travel down Hollywood Boulevard). And while Spears might be inching ever closer to winning the freedom that’s eluded her for the last 13 years, the amount of content that’s being created in her leadup to freedom still feels…scummy?

Case in point: The surprise release of the continuation of The New York Times Presents series, “Controlling Britney Spears” was announced early on Friday. The announcement came about as out of left field as the upcoming release of Netflix’s highly anticipated surprise documentary “Britney vs. Spears.” Where Netflix’s documentary is set to release just one day before Spears’ latest court hearing, this new NYT addendum to last year’s “Framing Britney Spears” feels like a desperate attempt to steal some of the wind from Netflix. This might work for something like the Fyre Festival or Tiger King, but here it feels like two media entities trying to compete for the juiciest reveal of a woman whose life has already been heavily exploited.

In the rush to jockey with Netflix, it might have been better to question whether there was anything new to tell, as much of “Controlling Britney Spears” feels like leftover story angles that there weren’t time for in “Framing Britney Spears.” Clocking in at a little over an hour, “Controlling Britney Spears” lacks the urgency of its predecessor. Where that film served as a chink in the armor of Spears’ conservatorship, this documentary comes off as a series of Twitter “Top Trending” topics, detailing the levels of control that Britney Spears was under, from security bugging her phone and placing listening devices in her bedroom to controlling access to her friends.

The security bugging has been discussed in the shadows of the gossip world for a few years, and if The New York Times Presents wanted to truly blow Netflix out of the water, they shouldn’t have played things so safe. Onscreen text discusses 180 hours of audio from Spears, recorded presumably without her knowledge, with one talking head saying he allegedly kept a copy. This copy is never produced on the documentary, nor is there follow-up on what’s on it and why he decided to keep it. For someone who felt it was weird for them to record the audio at all, he didn’t seem equally weirded out keeping a copy. It’s later said much of this audio was taken from her bedroom, though the documentarians never go so far as to question whether her sexual activities were illegally obtained. 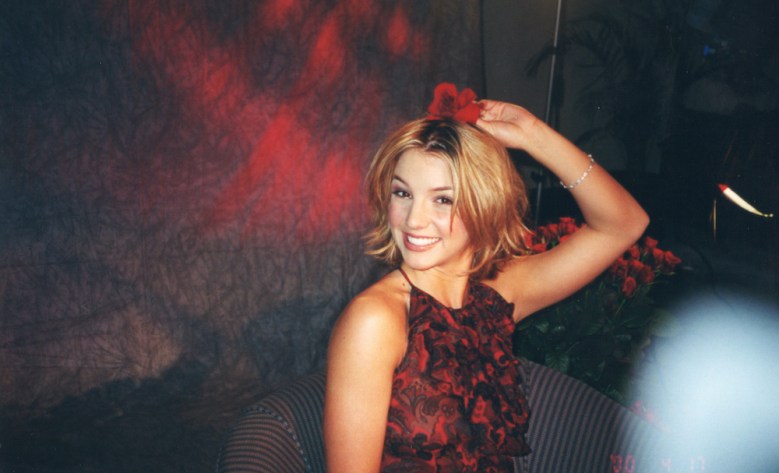 There’s an odd level of respect (or maybe fear) to be too open about what is now presumably being secretly released from those inside the conservatorship, and yet where “Framing Britney Spears” felt like a way of telling Spears’ story, “Controlling Britney Spears” does not. Yes, there are moments that, in hindsight, we’re seeing reflected back in a disturbing way. The documentary includes large swaths of previous documentaries like “I Am Britney Spears” and “Britney Spears: For the Record” that show what we now could constitute as James Spears’ control over his daughter. But this is all a rehash of trauma we’ve heard from numerous sources, from Ronan Farrow to Spears herself.

When “Framing Britney Spears” came out I discussed how the documentary avoided looking at conservatorships as a disability rights issue. It’s something New York Times writer Liz Day said was eye-opening to her upon investigating Spears’ case. And yet it’s still never touched on with regards to Spears’ case. Talking heads discuss how they don’t understand how they missed things, just content to believe it was “part of the conservatorship” and for Spears’ own safety. A clip defining what a conservatorship is uses the elderly, while Day herself won’t say “disabled” but instead uses the word “vulnerable.” It’s hard not to say that people didn’t feel concerned for Spears because that’s so often what happens when the perception of disability is brought in.

It’s possible that Netflix’s documentary could be just as devoid of new material as this, but they both beg the question: When does the documenting of Spears’ trauma start to be its own form of exploitation? Based on what is delivered within the entire hour of “Controlling Britney Spears,” the hope is that just recycling what we missed on social media will be enough to stir the masses towards doing… something? It just doesn’t necessarily feel like caring.