Samuel Robertson, who plays Adam, has been spotted working on location for an upcoming episode which sees Eva attend the inquest into Aidan Connor’s tragic death. 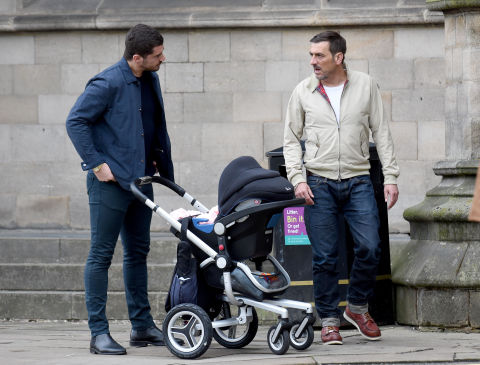 While Eva is busy inside the court building, Adam can be seen taking care of baby Susie outside.

Adam is pushing Susie’s pram and keeping a close watch on her, which begs the question of just how close he’s become to Eva by this point.

As we’ve seen recently, Adam is one of the only allies that Eva has left on the cobbles after the truth came out about her baby pact with Toyah Battersby.

Is Adam just taking care of Susie as a friendly favour to Eva? Could he still be hoping to reunite with his ex? Or is he already playing daddy to Susie after reconciling with Eva ahead of her exit? 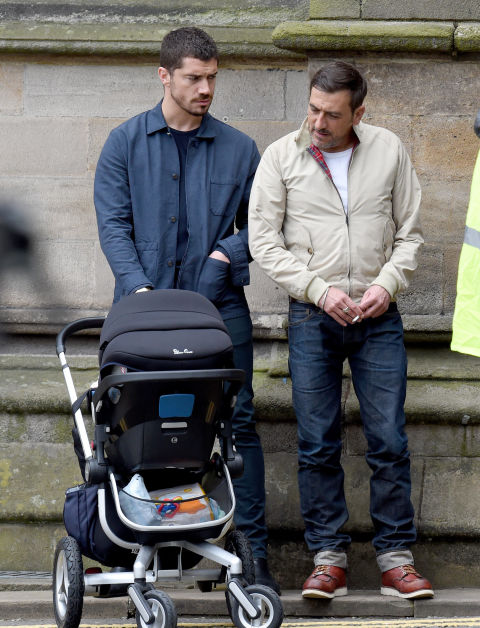 Chris Gascoyne, who plays Peter, was also present for the emotional court scenes.

Peter spent weeks raising Susie as his own, before Toyah dropped the bombshell that the newborn is actually Eva and Aidan’s child.

The popular character will bow out on screen later in the summer after seven years.

Digital Spy Soap Scoop video – hit play below for all the latest Coronation Street spoilers, as Jack’s life hangs in the balance and Ryan’s date with Bethany goes disastrously wrong.