CORONATION Street actress Stirling Gallacher has confirmed that Paula Martin will be returning to the cobbles for good after making a brief on-screen appearance in a vital Yasmeen and Geoff court scene last month.

But will the barrister free Yasmeen? Here’s everything you need to know… 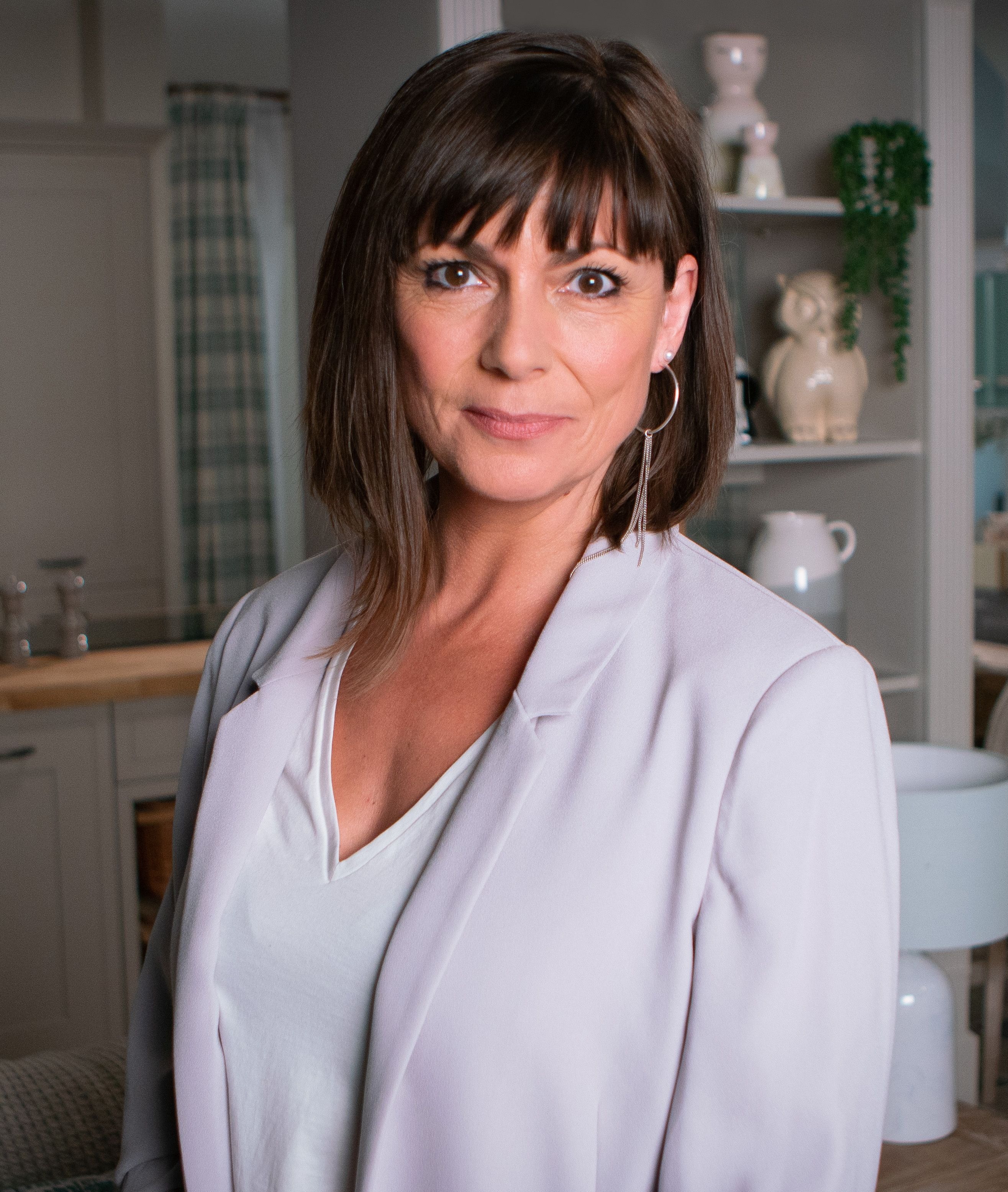 Is Paula Yasmeen’s barrister in Corrie?

Paula made a brief appearance on the soap last month as Yasmeen prepared to enter her court plea.

But fans were confused by her role as they spotted her sitting in front of Imran in court.

One fan tweeted: “Ok have I missed something… is Paula yasmeen’s lawyer/barrister or is she Geoff?"

Another added: “She must be helping Imran, or maybe just working in the courts. Geoff hasn't been arrested or anything like that so can't be that.”

But given the gown and wig Paula was wearing in court, she must be Yasmeen’s barrister who’ll be presenting the defence at the trial. 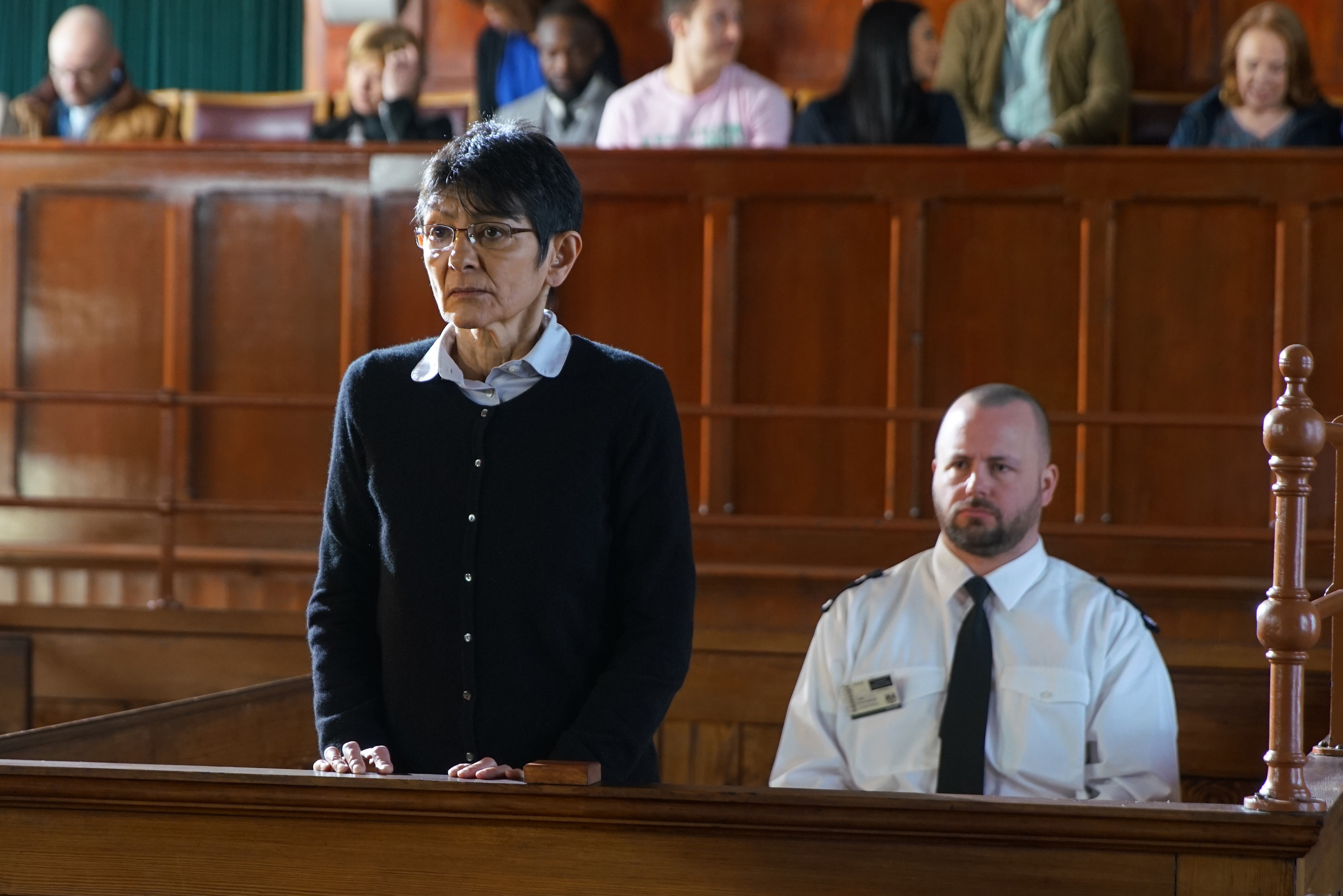 Will Paula unearth enough evidence against Geoff to send him down?

With Geoff’s ex Elaine trying to expose his abuse, the evidence against Geoff is starting to pile up.

But will Elaine’s story be enough to secure Yasmeen’s freedom – or will Yasmeen’s barrister have to pull something else out of the bag.

Corrie producer Ian MacLeod has already confirmed that Geoff will meet his downfall this year.

He previously said: "What form that comeuppance takes is still in discussion. We wanted a redemptive ending ultimately for Yasmeen."

Adding that he, Ian and Shelley had been in correspondence with real-life abuse victims, Ian continued: "For the sake of all those people, we have to tell the right ending with some positivity and optimism."

But Corrie bosses are yet to confirm whether his downfall is orchestrated during the trial, and fans will have to tune in to find out. 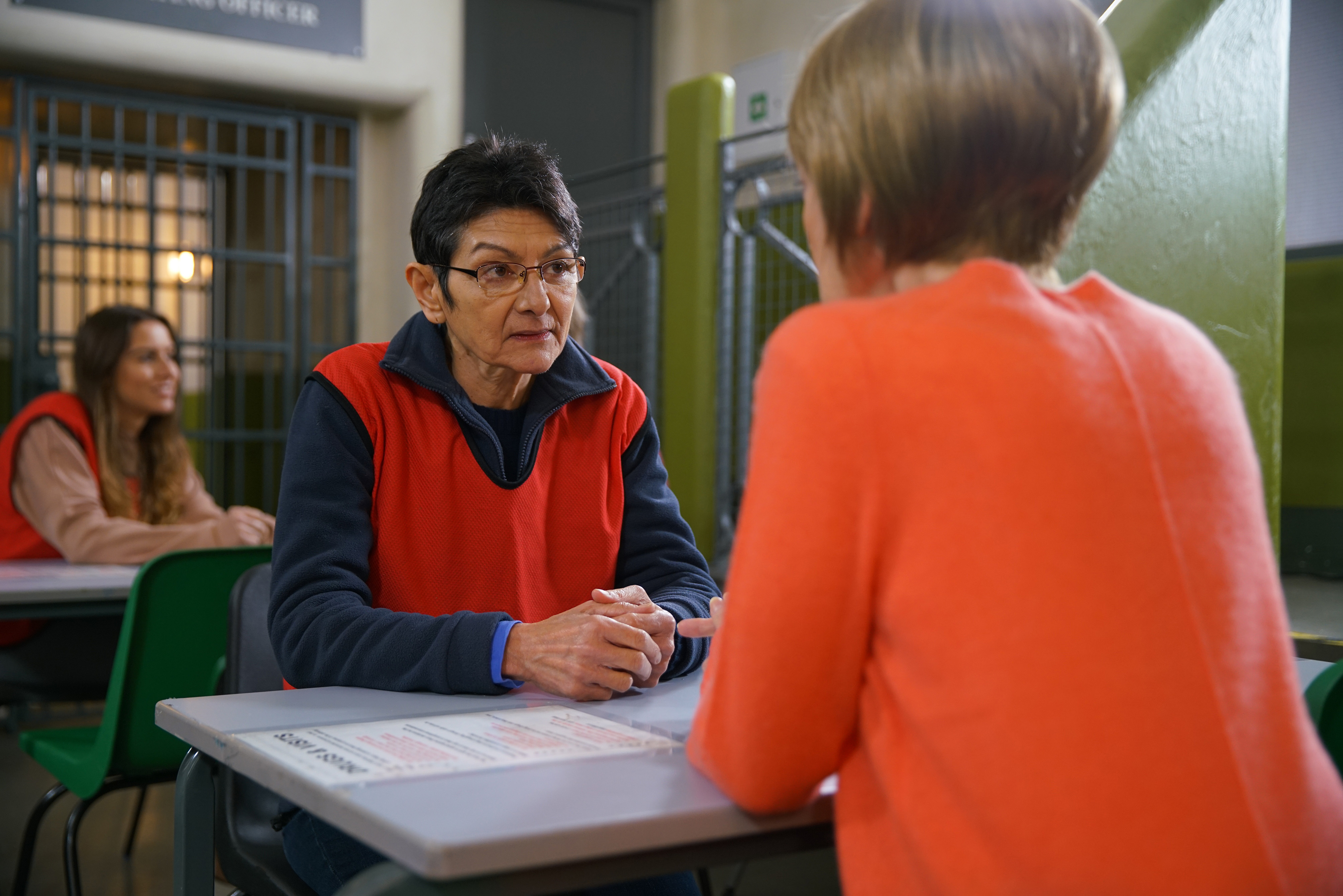 What has Stirling Gallacher said about Paula's return to Corrie?

In an interview with Inside Soap, Stirling said she plans to feature on both Coronation Street and Casualty at the same time.

She said: "Well that's the plan, to keep riding the wagon until the wheels fall off! Luckily, I can drive to Cardiff, where Casualty is filmed, and the Corrie studios in Manchester from my home in the Cotswolds.

Commenting on how she balances both acting roles, she said: "They're very slick shows, and both roles are really different, so that makes it easy to dip in and out of each." 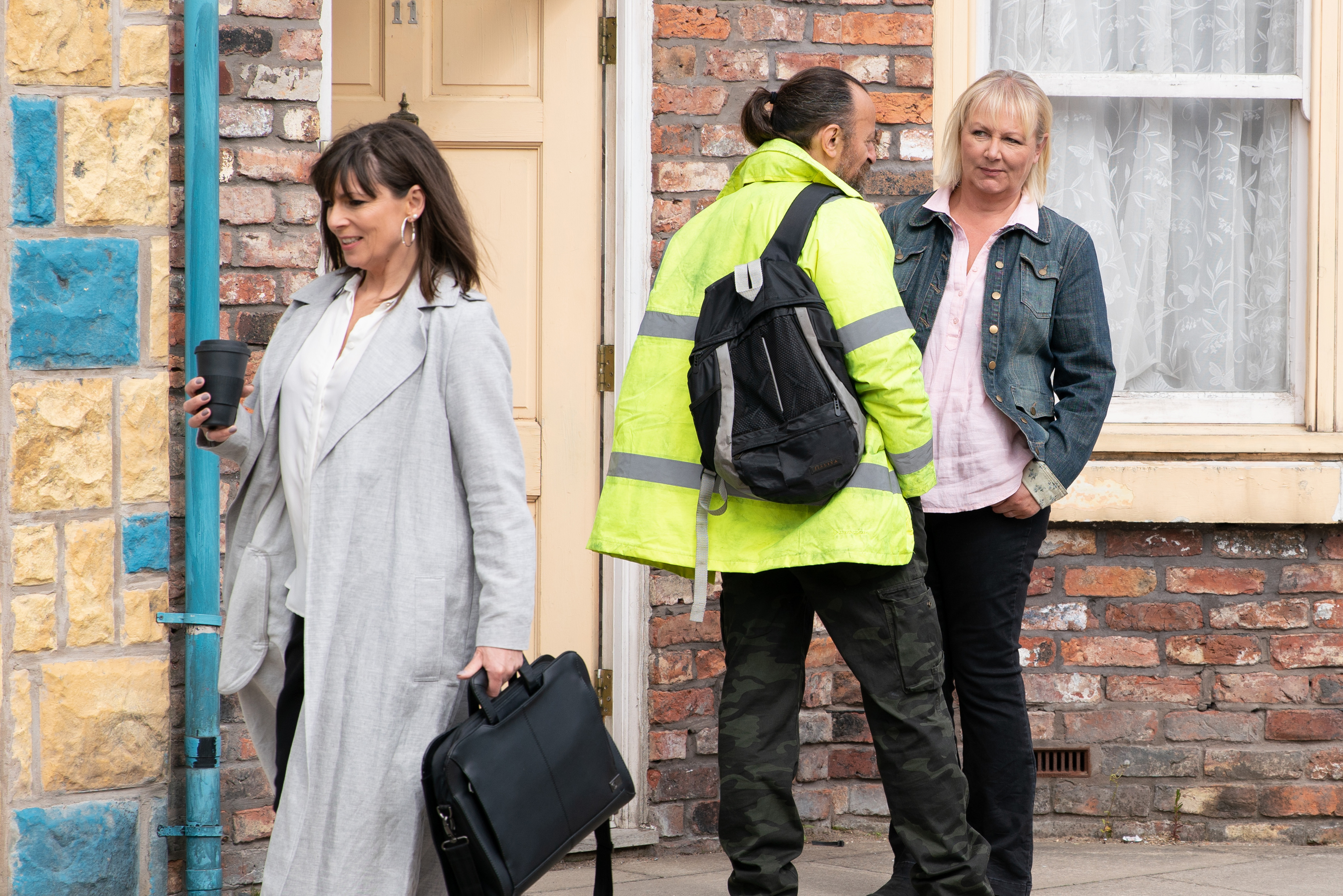 Why did Stirling Gallacher leave Corrie?

Stirling left her role as Paula in February 2020 for a new role in Casualty as police officer Ffion Morgan, the wife of popular paramedic Jan.

She said at the time: "I am entirely delighted to be joining the longest-running emergency medical drama television series in the world… what’s not to be thrilled about!

"The added bonus is of course the folk that work on this fantastic show, I could not have felt more personally welcomed or professionally supported in what is often a bit of a nerve wracking build up to your first days filming.

"I look forward to many happy hours on Ffion Morgan’s pretend beat."

Paula first arrived on the cobbles as a guest character in 2018 to represent her old school friend Sally Metcalfe when she was falsely accused of fraud and bribery.

Since then, the character has had a turbulent relationship with Sophie Webster and a one night stand with Tracy Barlow. 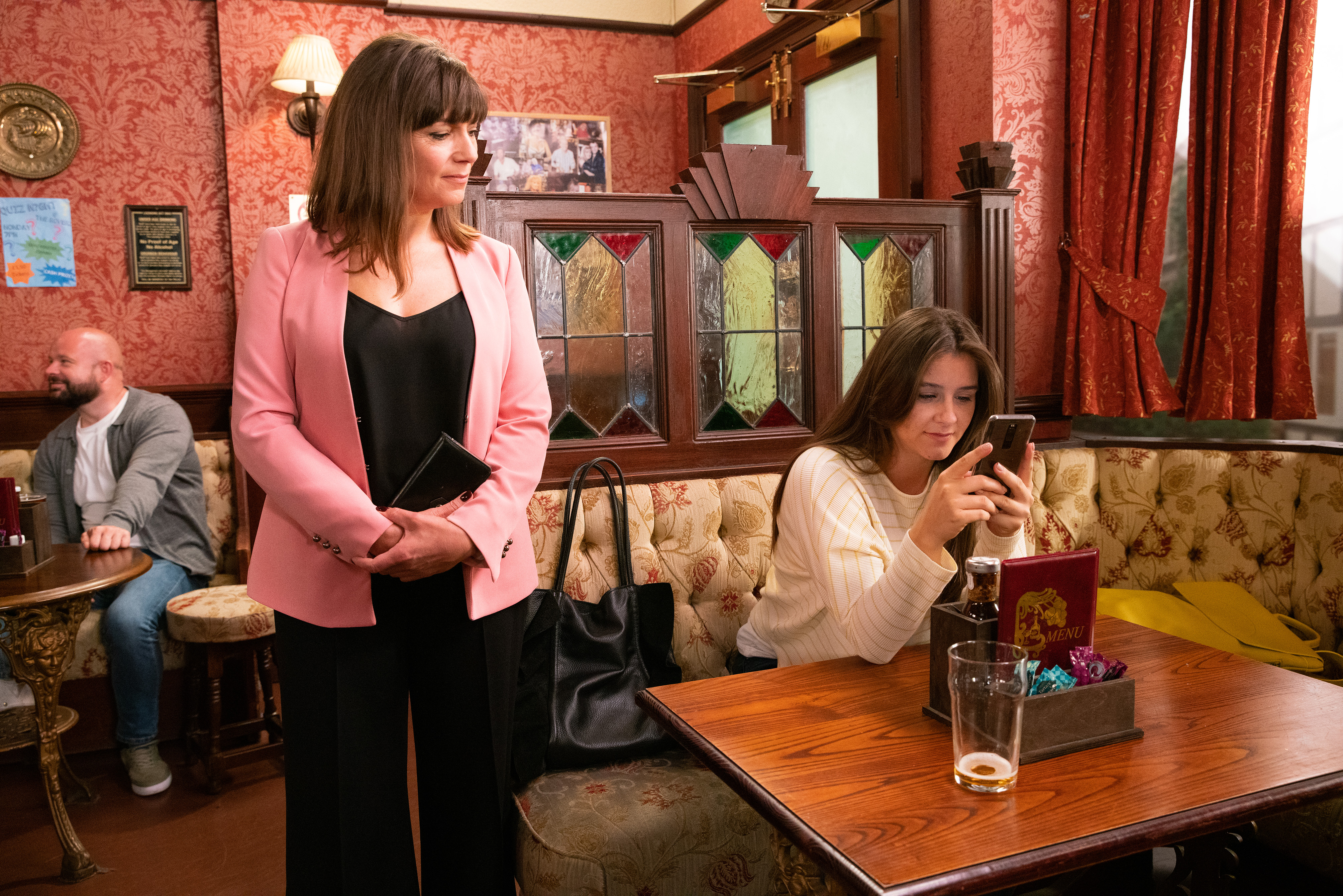 Will Sophie and Paula get back together in Corrie?

Brooke Vincent got fans excited back in May when she hinted that she might be returning to the soap soon.

The actress is currently on maternity leave following the birth of her son but announced that viewers won’t have to wait “too long” for her return.

Might she arrive on the cobbles only to rekindle things with Paula?

Coronation Street are yet to confirm what’s in store for Paula and Sophie, but that hasn’t stopped fans hoping they’ll get back together.

One excited fan tweeted: "I got a question when is brooke who played Sophie coming back to Corrie. Will Paula & Sophie get back together again because l miss Stirling & Brooke in Corrie?"

Another added: "l just hope when Sophie returns that Paula & Sophie will get back together again. Because l think Paula is still in love with Sophie. You think that they will get together again because l missed them 2 in Corrie."

A third tweeted: "Long live Paula and Sophie and Saula."

Fans were thrilled when Sophie and Paula first got together while she was representing Sally in court back in 2018.

But the relationship quickly soured after Sophie jeopardised Sally’s chances of being treated fairly in court by angering the trial judge.

Paula was even more furious when she discovered that Sophie had hatched a plan to get Sally to fake an injury so that the case can be adjourned – and finished things with Sophie.

The pair did rekindle their romance the following year, but Paula brought things to an end yet again in October 2019 and encouraged Sophie to go travelling without her.