The worlds of two favourite ITV shows are set to collide when Holly Willoughby and Phillip Schofield have an appearance in Coronation Street this week.

This Morning‘s favourite duo revealed a preview clip of their appearance on the ITV soap on today’s show (June 5).

It features characters Craig Tinker and Gemma Winter getting introduced to Holly and Phil before they make their appearance on Corrie. 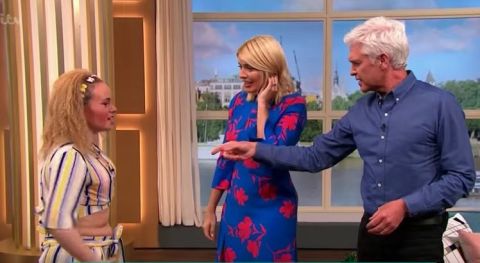 The incredibly awkward scene sees a star-stuck Craig being unable to take his eyes off Holly, before Gemma says she thought Schofield would be “bigger” as she shook his hand.

Back in the studio, Schofe let slip a set secret, admitting that they recorded a second version that wasn’t quite as tongue in cheek. 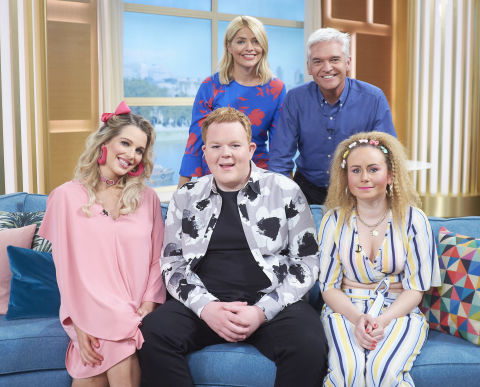 “We also shot that twice. The other version was, ‘I always thought you’d be taller.’ I thought that would be the one they were going to go with. They went with the riskier one,” he told soaps expert Sharon Marshall.

Considering the pair only got their lines 20 minutes before they filmed the appearance, they did pretty well.

The cameo will be fed into Rosie Webster’s exit storyline, as Helen Flanagan heads off on maternity leave. 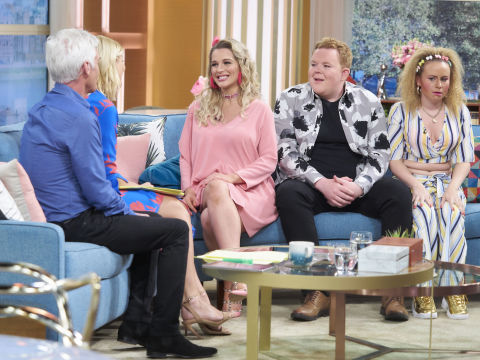 After accidentally discovering a drugs bust, Rosie finds fame and after appearing on This Morning, gets offered a TV job in Japan and jets off. Her exit storyline will air on Friday, June 8.

It’s not the first time ITV has crossed over its worlds, with Corrie characters Tina McIntyre, played by Michelle Keegan, and David Platt previously appearing on The Jeremy Kyle show.

Digital Spy Soap Scoop video – hit play below for all the latest Coronation Street spoilers, as Alya discovers the truth about Aidan’s will, and Rosie says goodbye to the cobbles.