Coronation Street spoiler: Peter has a shocking offer for Carla

Peter has an idea and tells Alya that he is Carla’s investor and she will have the money today. How will Carla react?

Meanwhile, Sally’s picture is all over the press. Furious that Barlow Legal Services are representing Duncan, Sally storms round and has a go at Adam. Sally and Tim decide to stake out Duncan’s house to speak to his daughter, but Duncan approaches the car and starts goading Tim.

Elsewhere, at Mary’s suggestion, Jude invites Angie for an anniversary lunch. When Tracy mentions that one of the wedding venues she looked at is an old cotton mill, Mary has an idea.

Also, taking in Sean’s dishevelled state, Eileen is concerned to hear that he’s lost his job. Eileen buys Sean lunch and quizzes him about his living arrangements. Sean makes out that he’s living at a friend’s flat in town and having a ball.

Finally, Gary arrives back from Scotland. He’s furious to find a pile of unpaid bills. Sarah suggests to Gary that she could look after his paperwork. 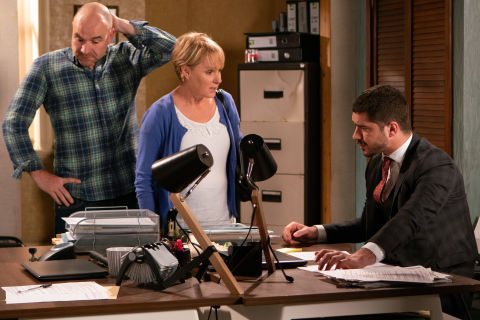 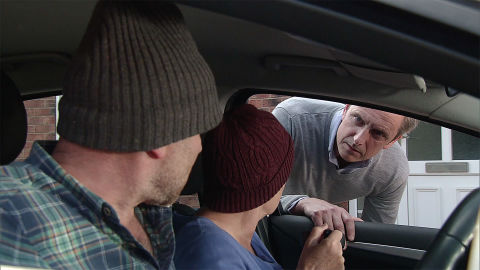