Coronation Street’s residents have been left heartbroken since Sinead Osbourne’s (played by Katie McGlynn) passing, and things have only been made worse for both families as grieving Daniel (Rob Mallard) has taken Bertie away to Scotland.

In scenes airing next week, Carla Connor (Alison King) attempts to continue Sinead’s beard oil company, after a package arrives for Sinead containing the ingredients for her new business she sadly won’t be able to pursue herself.

In a bid to keep the Corrie favourite’s legacy going, Carla finds the recipe and gets going with the preparation before she’s rumbled by Sinead’s auntie, Beth Tinker (Lisa George).

Although Carla has good intentions, Beth isn’t impressed and thinks she is taking advantage.

Will Beth change her mind when Carla explains all the profit from the company will go towards Bertie’s future? 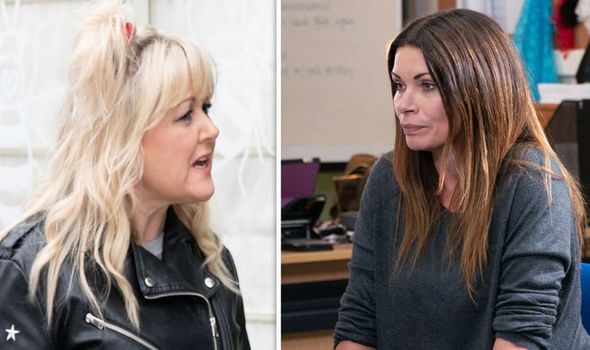 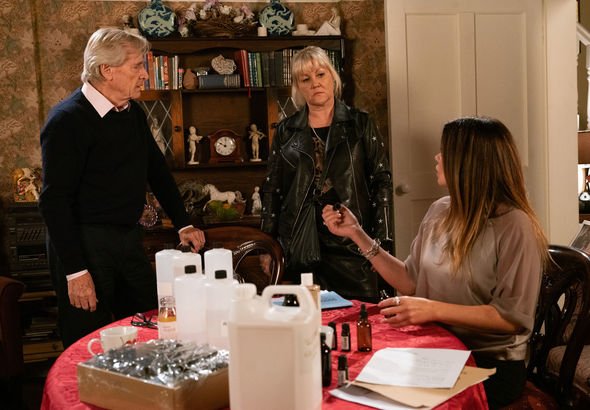 Later in the week, Carla attempts to get a bigger audience for the business to bring Sinead’s dream to life.

She reveals to Ken Barlow (William Roach) that she has a meeting with a company who are interested in buying Sinead’s beard oil but she wants Daniel’s input first before making any decisions.

Daniel is still awol, tying to come to terms with his monumental loss, leaving his family worried for his and Bertie’s welfare.

With the business opportunity in mind, Ken reaches out to his son, pleading with him to come home to the support of his family while he grieves.

But after a recent run-in with Beth over his kiss with Bethany Platt (Lucy Fallon) before Sinead died, will he ever return? 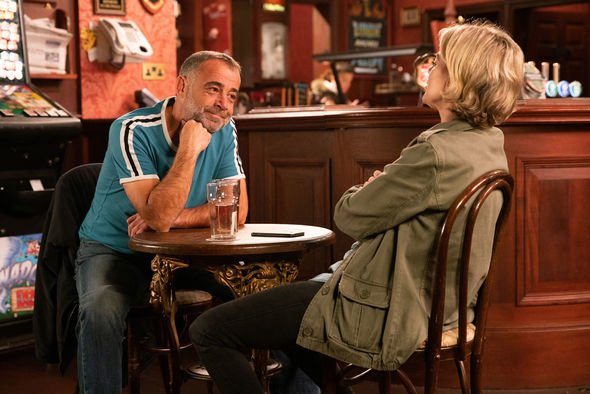 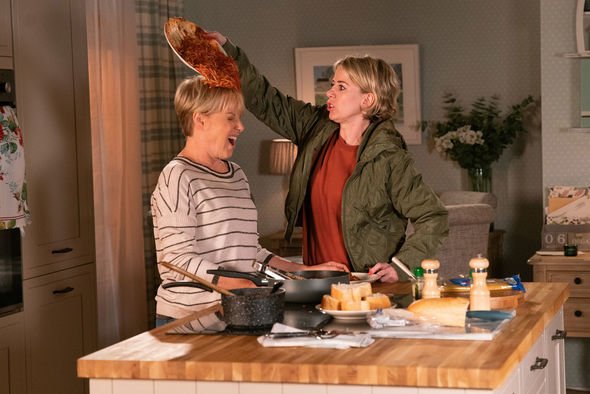 Beth isn’t so sure she can forgive the widow, while Daniel has been overcome with guilt.

But things are set to get even worse as Daniel will decide not to attend his wife’s funeral.

This is the last straw for the Barlow’s and Peter (Chris Gascoyne) sets out to track him down and try and talk him into coming home.

But things get too much for Daniel and he hits the bottle in a way that could prove life threatening.

Will Peter get to him before Daniel does something he’ll regret?

Elsewhere on the cobbles Sally Metcalfe (Sally Dynevor) could be on the warpath as the feisty mum-of-two and Abi Franklin (Sally Carman) engage in a heated argument.

Abi has since struck up a friendship with Kevin Webster (Michael Le Vell), her boss and her best friend’s ex-husband.

Viewers have watched as Abi encouraged Kevin to date other women, only seeing him as a friend.

But in upcoming scenes, could sparks fly between the two mechanics?

Sally went out of her way to set the pair up as she is happily married to her new husband, Tim Metcalfe (Joe Duttine), and her wish might finally come true.

But Sally’s suspicious of the timing, as Kevin recently came into some money following the recent passing of his aunt.

She makes a dig at Abi, saying she is only interested in her ex since he came into money.

It doesn’t go down well as Abi retaliates and throws a bowl of spag bol over Sally.

Will the pair come to blows in further episodes?

Or in another turn of events, will it be revealed Sally is secretly jealous as she’s harbouring her own feelings for Kevin?