Coronation Street: Abi is told that Seb has died from his injuries

Jenny (played by Sally Ann Matthews) became close with Ronnie (Vinta Morgan) while he was lodging at her flat while Johnny (Richard Hawley) was in jail, and earlier this week they slept together. Fans of the ITV soap know that Jenny immediately regretted it, and Wednesday’s instalment saw Johnny make a surprise early return home. Stunned, Jenny tried to act as normal as possible, but Daisy (Charlotte Jordan) had other ideas. She became intent on getting Jenny to confess the truth to Johnny, but why is she getting so involved? Coronation Street viewers picked up on her behaviour, but could Daisy want the couple to break up so she has a chance with Johnny herself?

Daisy’s eagerness for Jenny and Johnny to break up is obvious, but she said it’s because she wants to see Jenny happy.

“I’m only saying these things because I care about you,” Daisy told Jenny in Wednesday’s episode.

“And I don’t want you wasting your life on a man who doesn’t deserve you.”

But the Rovers Return owner was quick to defend her husband, replying: “You’ve only seen the worst of him.” 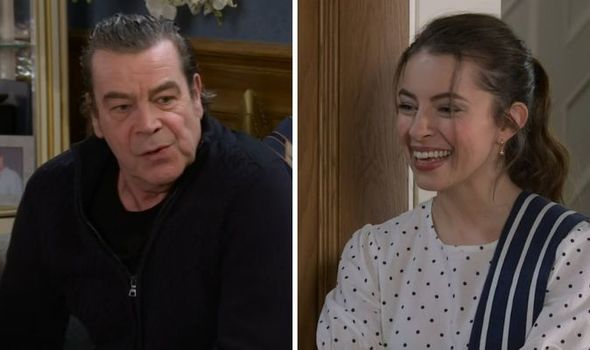 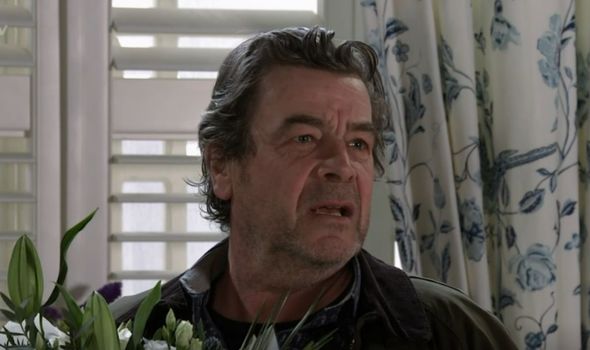 “By your own admission he had an affair right under your nose,” Daisy went on.

Jenny responded: “Well how am I any better?”

But Daisy, who has never liked Johnny, wouldn’t give up, and told Jenny: “Don’t compare yourself to him.

“He’s a liar who’s only concerned about himself.” Jenny warned her employee not to talk about Johnny like that, insisting that Daisy doesn’t know him.

“You’re never going to be able to keep this from Johnny,” Daisy said. “So it’s much better to just tell him now.” 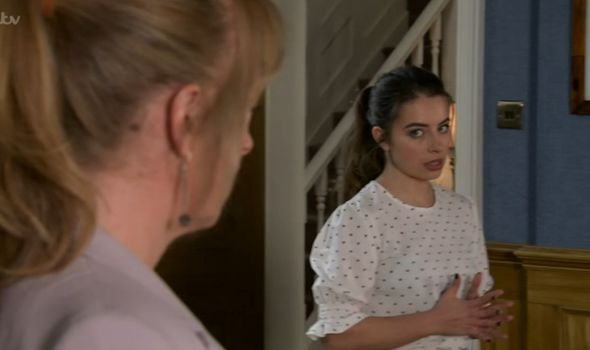 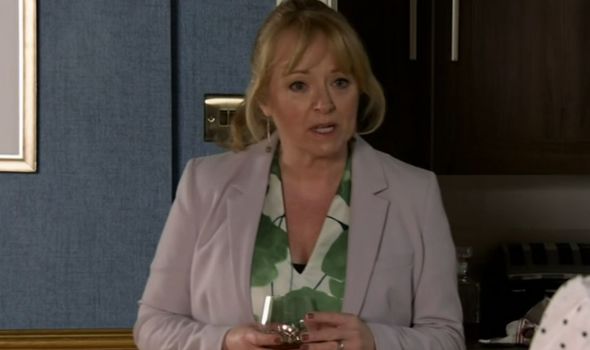 But the women were being overheard by Johnny himself, who asked: “Tell me what?”

Quick-thinking Jenny came up with a story about business at the pub struggling while Johnny was away.

But why is Daisy so keen for the couple to break up? Fans picked up on the strange behaviour to question what she’s trying to achieve.

Taking to Twitter, one viewer wrote: “What’s Daisy going to do to kibosh the reunion between Jenny and Johnny? #Corrie.”

Another person said: “What is Daisy’s problem with Johnny? She’s always disliked him for no reason #Corrie.”

“Daisy is really against jenny being with johnny and I want to know the reason why…if I were jenny I would throw her out by now…#Corrie,” a third said.

But some gave a potential explanation, with a fourth penning a theory.

They said: “#Corrie This is working to Daisy’s favour. She wants Johnny to find out what Jenny did so that she can have Jenny all to herself.”

Could this be true? Although the pub owner seems a very unlikely match for Daisy, she has had an unusual obsession with his relationship with Jenny for a while.

A while back, she was trying to convince Jenny that she should cheat on him while he’s in prison, which eventually ended up happening.

She’s always masked this as not liking him for not being good enough for Jenny, but if she had Jenny’s interests at heart, surely she would allow her to decide things for herself.

It makes sense that she wants the couple to break up so can get closer to Johnny.

Throughout the episode, Daisy continued to make snide remarks.

“We did have someone staying at the B&B but he’s left,” she told Johnny.

“I know, I met him. There will be others,” he replied before Daisy quipped: “Not like Ronnie.”

Jenny eventually told Daisy to back off and stop interfering, but with her so set on Johnny discovering the truth, it seems unlikely this will happen.

Will she break the pair up and try to start a relationship with Johnny herself?

Coronation Street continues on Friday at 7.30pm on ITV.