Several Coronation Street residents have been rocked by little Oliver Battersby’s (played by Emmanuel and Jeremiah Cheetham) health diagnosis. After suffering from several seizures, the ITV soap announced Leanne Battersby (Jane Danson) and Steve McDonald’s (Simon Gregson) son is suffering from mitochondrial disease, which is set to change his future and how he lives his life. Understandably, the members of Oliver’s family have struggled to come to terms with the heartbreaking news, but over the next few weeks, viewers will see just how much Oliver’s illness has affected certain people. One of those is Emma Brooker (Alexandra Mardell), who is unable to hide her emotions, perhaps this is because she has suffered a similar tragedy to the one her father and Leanne will eventually endure.

Emma arrived in Weatherfield back in 2018, working as an apprentice hairdresser at Audrey Roberts (Sue Nichols) hairdressing salon.

Viewers will remember how she quickly became involved romantically with her boss at the time, David Platt (David P Shepherd), who was using her to get over his rape by Josh Tucker (Ryan Clayton).

When the truth came out about David, Emma remained on the street and moved into the flat above the salon with colleagues Maria Connor (Samia Longchambon) and Bethany Platt (Lucy Fallon).

She then went onto have short-term relationships with both Chesney Brown (Sam Aston) and Seb Franklin (Harry Visinoni). 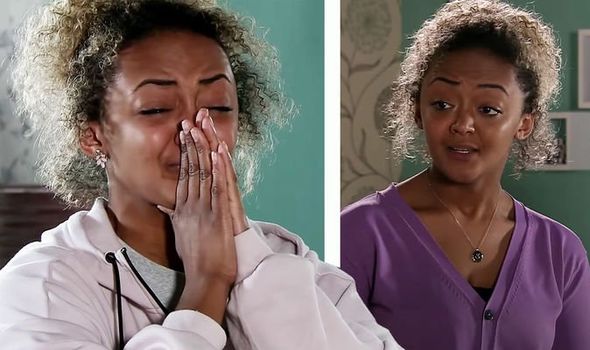 Emma went on to secure a job at the Rovers Return, but contemplated leaving Weatherfield when John Brooker revealed he wasn’t her father on his death bed in August 2019.

She then discovered Steve was in fact her biological father and over time she began bonding with him.

Apart from this, and knowing her mother is Fiona Middleton (Angela Griffin), little else has been revealed about Emma’s background.

In upcoming scenes, Emma is going to confide in Alina about the difficulties her family are currently facing.

In a moment of fury, Emma breaks a vase which is holding her ex-boyfriend Seb’s flowers. 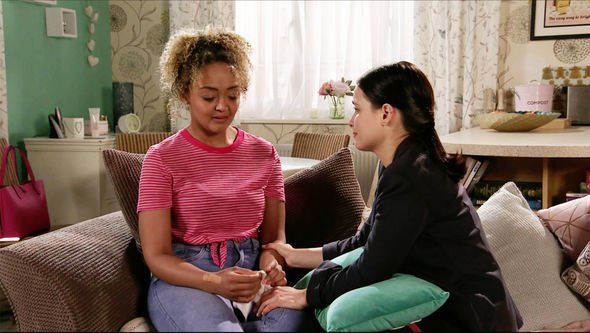 Luckily, Alina is on hand to help her free the broken glass from her hand.

Official images from filming have shown the two ladies sitting on the sofa having a heart to heart.

Alina takes this opportunity to ask Emma about Oliver and viewers will see the hairdresser breaking down.

The newcomer will do her best to comfort Emma, but why is she getting so upset about the news? 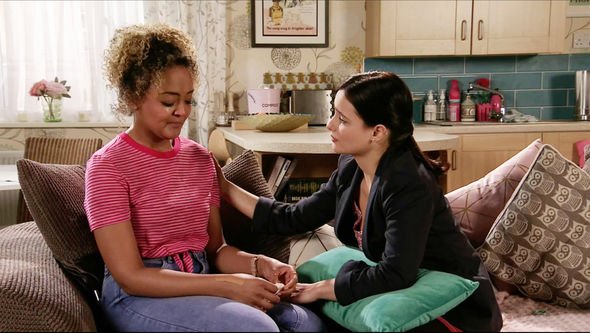 Perhaps this has something to do with Emma’s past – has she experienced similar trauma herself?

With a new friendship on the horizon sparking between Emma and Alina, viewers could see the barmaid reveal a dark secret she has been harbouring for many years.

While stigma around teenage pregnancy has changed over the decades, Emma may have decided she didn’t want to tell anyone when she moved to Weatherfield.

But with Oliver’s health diagnosis causing her so much upset, could it be raking up the past she has tried so desperately to hide?

Emma is yet to have a major storyline, therefore, revealing a teenage pregnancy loss could be a possible future plot for her character.

Viewers know how much Leanne is struggling to come to terms with Oliver’s health.

She has been pushing husband Nick Tilsley (Ben Price) away, and refusing help from Steve.

Could a surprising conversation with Emma be what she needs to put things into perspective?