This week on Coronation Street, the residents of Weatherfield got closer than ever to finding out what happened to Rick Neelan (played by Greg Wood) after Gary Windass (Mikey North) murdered and buried him in the woods. After Sarah Platt (Tina O’Brien) gave him no choice but to tell her the truth, the two could soon be leaving Weatherfield together in a shocking runaway plot.

Gary was already finding it difficult keeping his killer secret, but things were made a lot worse this week when Bernie Winter (Jane Hazlegrove) found Rick’s watch in the woods.

Gary tried to convince her he had lost a watch, but she wasn’t convinced, she did, however, sell the watch to Sarah after noticing the watch’s inscription.

In upcoming scenes, Gary will be hospitalised following a hit-and-run in which he will save Sarah’s life, but after discharging himself, will he make a life-changing decision and leave Weatherfield? 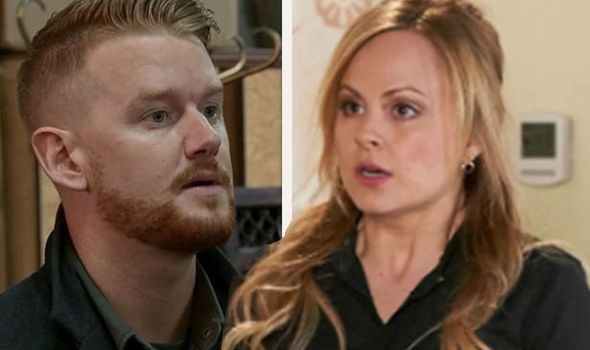 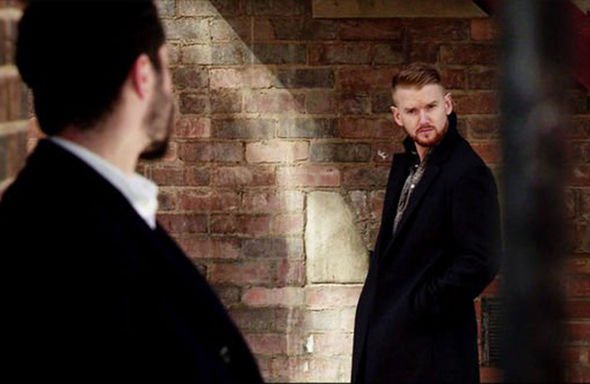 Viewers will see Carla Connor (Alison King) reveal to Maria Connor (Samia Longchambon), how Gary has dropped the threat to raise the rent.

This will leave the loan sharks fiance concerned and confused.

Determined for the truth, Maria will confront Gary, asking him whether or not he is still in love with Sarah.

This will make Gary question where his feelings really lie and following this, he could make a rash decision. 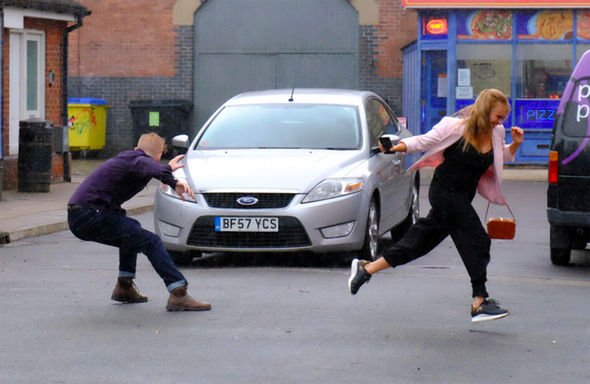 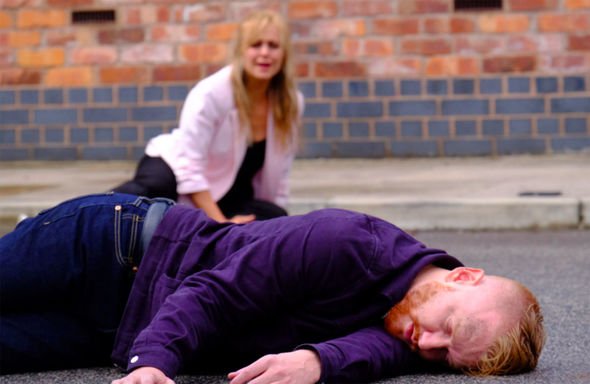 During a conversation with Sarah, Gary will beg her not to reveal what really happened to Rick after she asks him point-blank if Rick Neelan is buried in the woods.

And scenes will show him throwing clothes into a bag and leaving letters for his past lovers; Maria, Izzy Armstrong (Cherylee Houston) and Nicola Rubinstein (Nicola Thorp) – but not one for Sarah.

Could this mean plans are already in place for them to escape together?

It comes after Sarah’s marriage to Adam Barlow (Sam Robertson) hit the rocks when she failed to mention Gary raising the rent at the factory.

Perhaps Sarah will give up her relationship and her history in Weatherfield for Gary.

As viewers know, Sarah and Gary have a long history, and the loan shark was left shattered last year when he was dumped.

Despite everything, and knowing how dangerous Gary can be, Sarah cannot help but be drawn to her ex.

Elsewhere on Coronation Street, Elaine Jones (Paula Wilcox) is about to come face-to-face with her ex-husband Geoff Metcalfe (Ian Bartholemew).

However, as Geoff tries to scare her off, Yasmeen’s fate continues to hang in the balance because Elaine promised to give evidence against Geoff in her trial.

However, when Elaine suddenly goes missing, the police will have some more questions for Geoff.

Will the abuser finally be exposed giving Yasmeen the justice she deserves?