Carla (Alison King) has been left pondering her next move after Alya Nazir seized control of the factory, which was left to her in Aidan’s will.

As Carla knows that contesting the will officially could take months, she comes up with a new plan tonight in the hope that she can speed things along.

Meeting up with Beth Sutherland (Lisa George) in the cafe, Carla offers her Aidan’s flat rent free, as long as she becomes her official spy at Underworld. 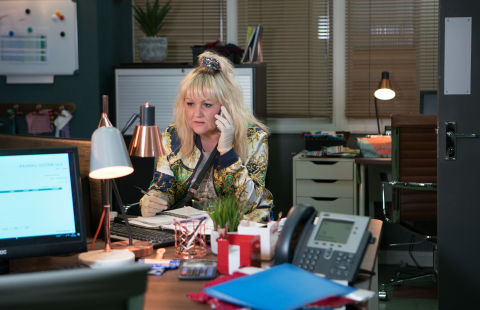 Desperate for a place of her own, Beth agrees and gets straight to work with her first mission, with a little help from her husband Kirk.

Beth is told to change the quantity on an order at Carla’s request, making it much larger, while Kirk keeps Sarah Platt distracted elsewhere. 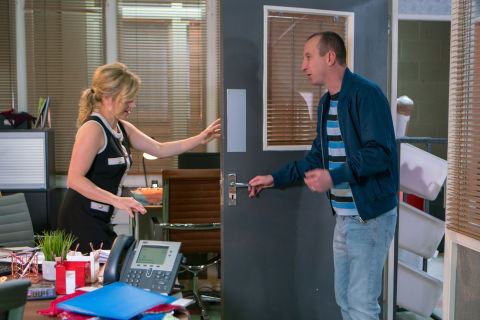 Confiding in Johnny later on, Carla reveals that she’s planning to inundate Alya with work until she can no longer cope – then they can swoop in and take over again.

Sair Khan, who plays Alya, recently revealed that her character will be shocked when she finds out what’s going on behind her back.

Sair explained: “Alya thought that Carla has a bit more class than it turns out she does. Some of the tactics are really underhand and she is just quite shocked that Aidan’s wishes are being so disrespected.

“And as it puts everyone else’s jobs at risk, Alya is quite taken aback by it all.”

Digital SpySoap Scoop video – hit play below for all the latest Coronation Street spoilers, as Jack’s life hangs in the balance and Ryan’s date with Bethany goes disastrously wrong.