The policeman will discover Ray’s mission to destroy the cobbles by buying up the properties one by one tonight in the ITV soap. 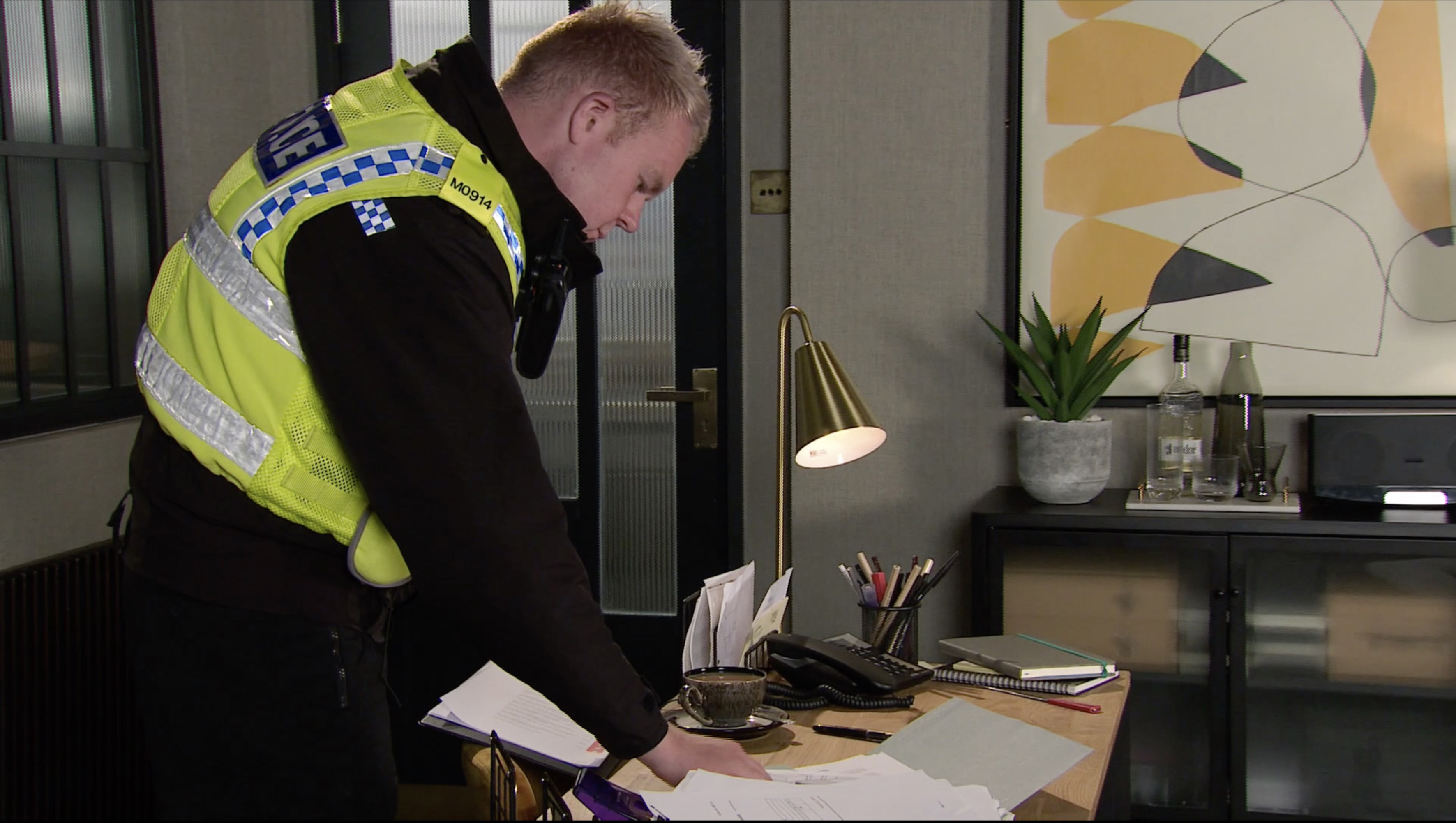 Ray will ask Craig’s advice on stepping up security at the bistro but get more than he bargained for when he enters his office to find Craig studying his plans for the redevelopment of the street.

Speaking about Craig's discovery, the actor told Digital Spy: "When Craig first sees the blueprints, he is trying to process what it is he is looking at. He is aware that he is in an uncomfortable situation and he shouldn't have seen what he has just seen but he doesn't know what it is.

"All he knows is that Ray has caught him and it takes Craig a bit of time to process the secret."

"The more that Ray tries to butter him up, the more he realises that something is going on." 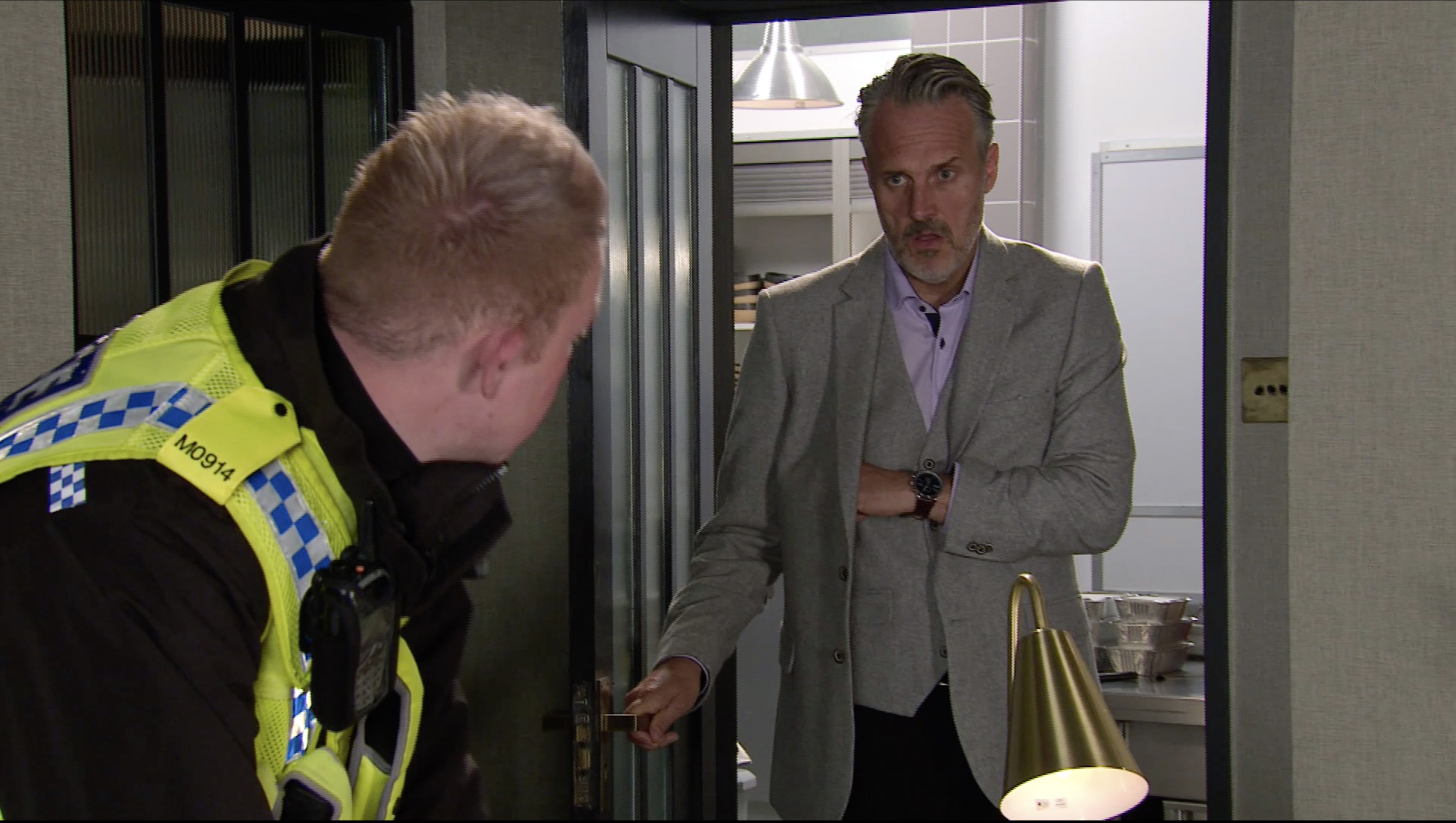 Later this week, when Craig refuses to back down, Ray starts to blackmail him by threatening to fire Faye, who he hires as trainee manager across his entire restaurant chain.

Talking about Craig’s dilemma, Colston revealed: "Craig and Ray are constantly trying to score points off each other and when Ray offers Faye that job, it means Ray wins Faye over Craig. 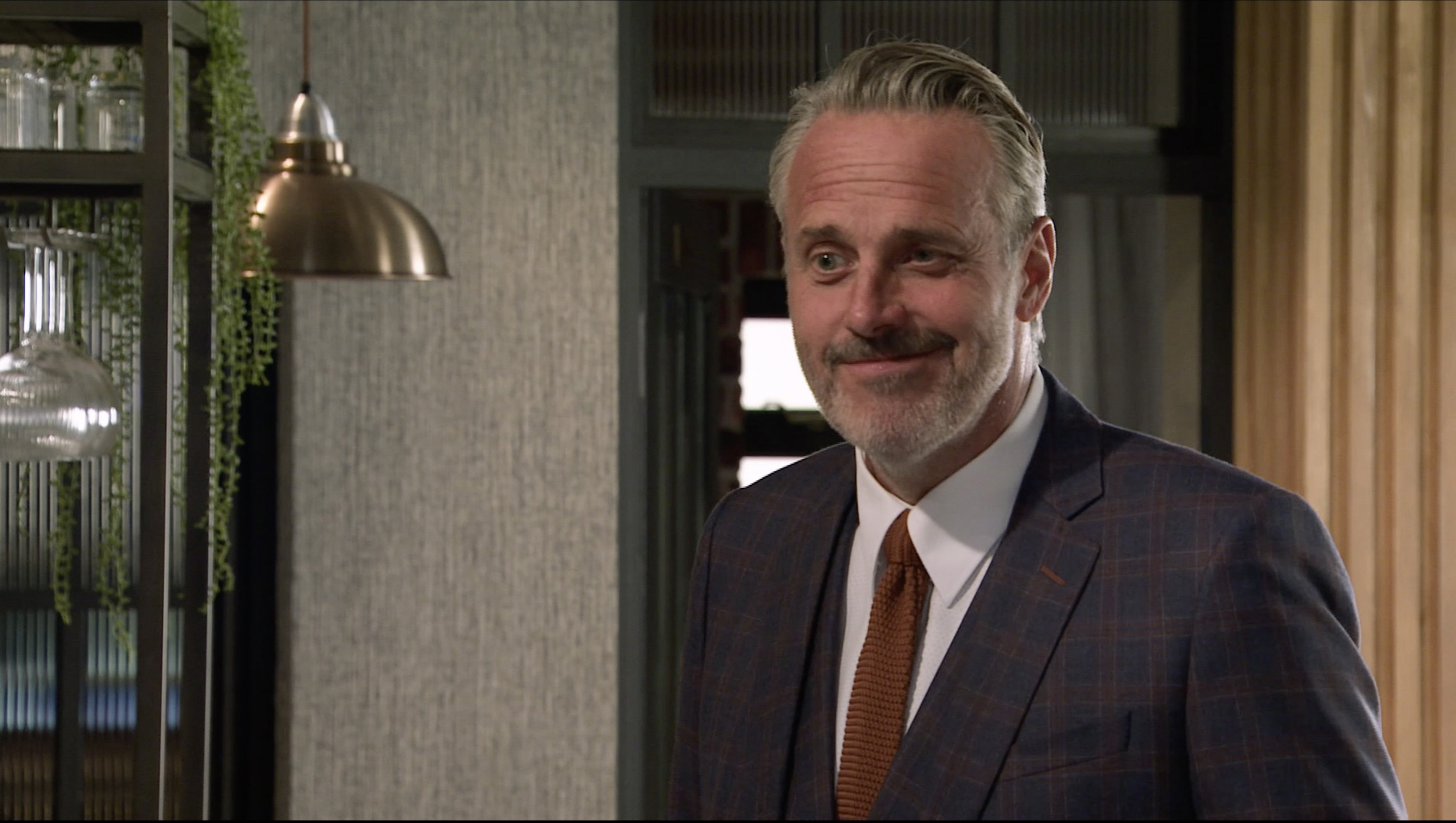 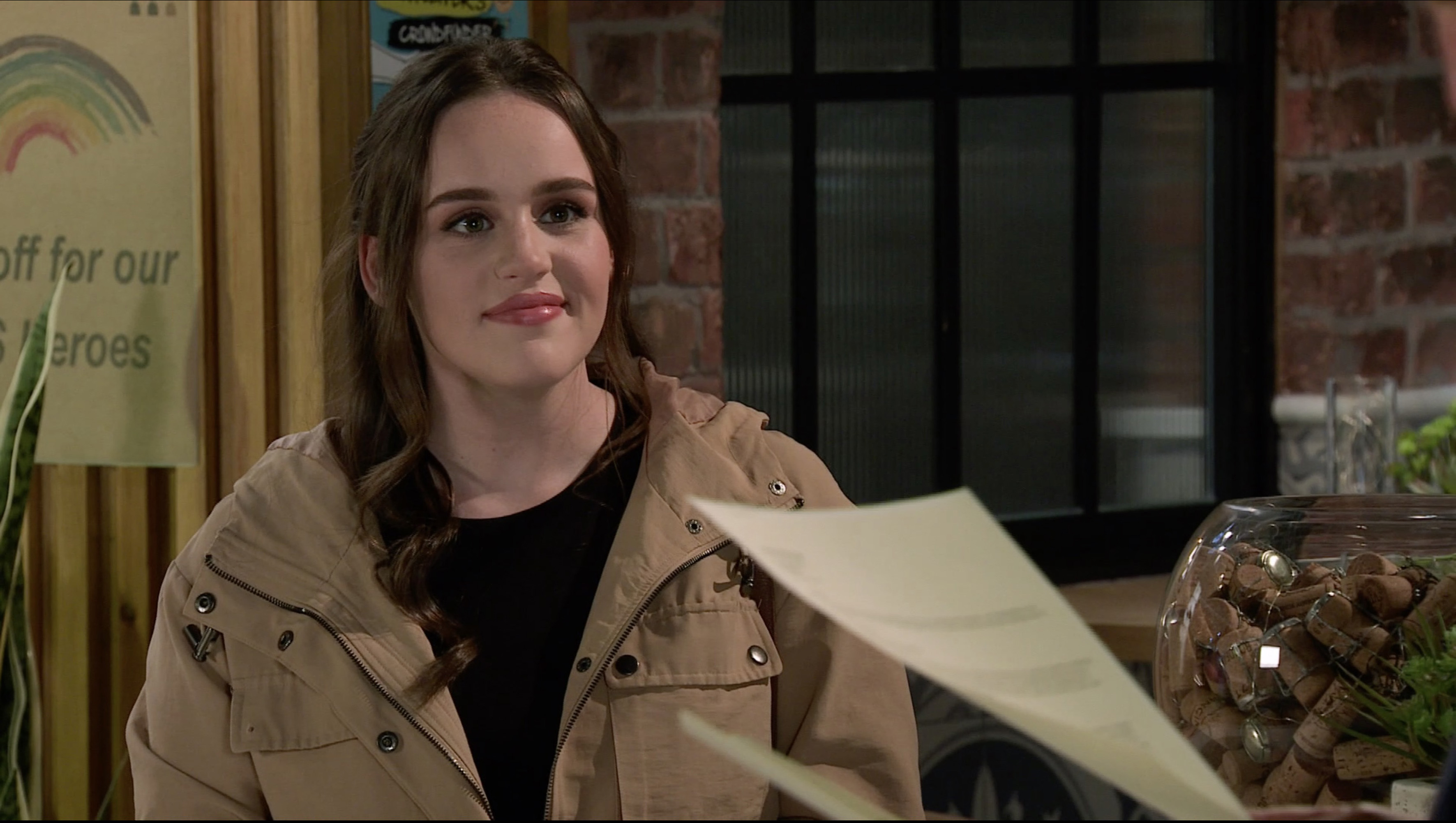 "Craig rarely thinks about himself and he puts himself in the line of danger quite regularly – the person he is worried for is Faye.

Refusing to rule out the possibility of Craig taking on Ray, Colston said: "If Craig is going to bring Ray down he is going to need some help."

And hinting at a possible victory for Craig, he added: “But I think Craig is strong enough and determined enough to not let Ray get away with anything."

Craig and Faye have been growing closer in recent weeks, with the policeman hardly being able to hide his excitement when Faye was dumped by her boyfriend.

Craig was chuffed when Faye asked him out earlier this month after he was shot trying to rescue her from gun-toting Scott Emberton in the siege at the bistro.

Will Craig find a way to bring down Ray without harming Faye in the process?