Kayla’s true identity is exposed when Bethany pays a visit to her home and spots a photo of her with Neil. Backed into a corner, Kayla panics and violently attacks Bethany, before leaving her bound and gagged in the house.

Here, Lucy Fallon – who plays Bethany – speaks about the dramatic storyline for the first time.

How did you feel about Bethany facing yet another terrifying situation? It’s a regular occurrence for her!

“Well, to be honest, I like all of the gritty stuff. It makes it a bit more exciting and it’s more of a challenge. But yeah, when I read it, I was like ‘Oh, come on!’ (Laughs.) But it’s been really good. It’s obviously different to the grooming story, so it’s a different kind of challenge. It’s very exciting.

“It’s still creepy too, because the connection to the grooming storyline is still there. And obviously it’s quite terrifying for Bethany, thinking that she’s going to die.”

What can you tell us about the scenes?

“Kayla really believes that Neil is telling the truth, so she’s going to try and do anything to make people believe her dad is innocent. But when Kayla hits Bethany over the head with a vase and ties her up, it’s in the moment. It’s not pre-meditated that she’s going to do that.

“Bethany just turns up to Kayla’s house and is trying to find Craig, but then Bethany sees a picture of Kayla and Neil. Kayla hits her but nothing is pre-planned, she’s just in a massive state.”

Could Bethany have some sympathy and understanding for Kayla eventually?

“Yeah, once Bethany realises that Kayla was under the illusion that Neil was innocent, she does feel sorry for her. She starts to see Kayla more as a victim, which puts them on the same side. That’s actually a line that Bethany says in the script.” 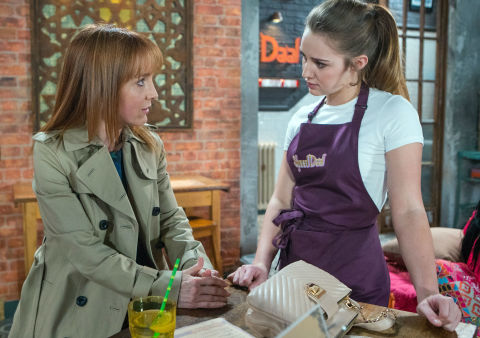 “I think once Bethany starts to realise that Kayla is just as much a victim as she is, you will kind of see some sort of friendship. Bethany wants to help Kayla get help. Kayla will be really damaged as well. So there will be some kind of relationship, but I don’t know if that will mean they become friends. Probably not!”

What do you do to unwind after filming gruelling and emotional scenes like these?

“I feel like I can really differentiate Bethany to me, so I can switch off quite easily and there’s nothing that I do in particular. I’ve got quite a long drive home which helps, as I like listening to music and stuff.”

Do you and Molly, who plays Kayla, have a laugh between scenes?

“Yeah. Me and Molly get on and she is really lovely. When she hit me over the head, we had a try beforehand and I have got a video of it on my phone. So yeah, we do have a laugh.”

Will Bethany’s relationship with Craig ever become romantic again?

“I don’t think so now. I think they’ve got to that point where on a selfish level, Bethany needed Craig there to be her friend and he thought there was something more there. Bethany wanted that as well, but after everything that had gone on, it was very difficult.

“I think they’re better as friends as well, as they’ve got a good friendship. Bethany needs Craig and Craig needs Bethany, they’re like each other’s rocks.” 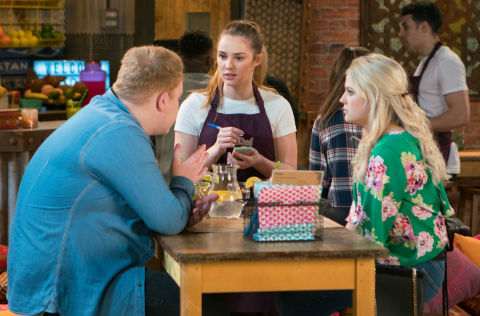 How do you feel about Kate Oates leaving as producer?

“I think it’s really sad, because we all really love Kate and she’s done a lot for me since she started. I’ve had the biggest storyline I probably could have ever had. But then again, it’s also really exciting that we get somebody new, who might switch things up again. Maybe they’ll make Bethany really happy! (Laughs.) You just don’t know, it’s really exciting.”

“No, because I want to do the challenging and gritty storylines, rather than the happy ones, which is a bit sadistic!”

Bethany is still dealing with the fallout of the grooming story, isn’t she?

Are you still seeing reactions from fans to the story? 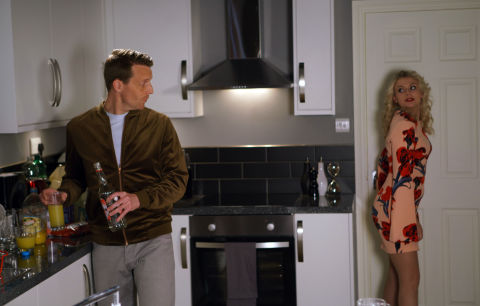 Do you get any trolls on social media?

“Oh yeah, all the time. But I just ignore it. I think that’s the best thing to do, just ignore it or not read any comments at all. Because you can either be sucked into all the ones that say you’re amazing and then you just become this really big-headed person (laughs) or you’re sucked in by all the horrible ones and then you feel really shit about yourself, so it’s best just not to read any of them I think.”

What are your ambitions for the future?

“At the moment I am happy where I am, because I have only been on the show for three years. Even though that sounds like a long time, it literally feels like I have been here for six months, so I do not feel ready to leave at all.

Do you see Bethany as a role you can play for many years? 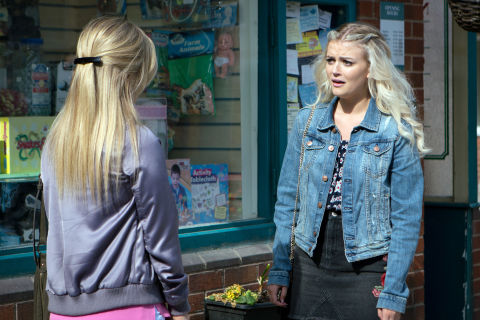 What do you make of claims that the show is becoming too dark?

“Personally I prefer watching the darker stuff anyway. All of the storylines we have done like Aidan’s suicide, the grooming storyline, David’s rape storyline, they have been so well done and so amazing and raised so much awareness. The phone lines for a male rape charity went up by 1,700% [after David’s storyline].

Do you think it’s the older fans who don’t want to see the dark stories as much? Which audience do you think it most important?

“Both audiences are important but my opinion is, if you were watching something like the rape storyline or the grooming storyline or the suicide storyline and you think, ‘This is too uncomfortable, I cant watch this’, I feel that says more about you.

“These stories are raising awareness and people are actually sat at home who do know someone who killed themselves, or does know someone that was raped, and for those people it is so important that we do these stories on a platform like Corrie so we raise that awareness. We do it so well and the balance is really good.

“There have been been quite a few dark storylines in the past year, but that doesn’t always happen. There might be a period now where there is no dark storylines or controversial storylines. I think the balance is good as it is.”

Are you looking forward to Ben Price returning as Nick Tilsley?

“Yes! I love Ben, he is one of the nicest people in the world. I have no idea what is happening when he comes back. He needs to come back and have a cup of tea with the Platts!”

Coronation Street airs Bethany and Kayla’s showdown on Wednesday, July 25 at 7.30pm and 8.30pm on ITV.