Coronation Street‘s Alya Nazir has been getting stuck into her new role as the boss of Underworld in recent weeks, but that doesn’t mean it’s going to be smooth sailing.

Alya announced herself as the factory’s new boss earlier this month after discovering that Aidan Connor’s will makes her the rightful owner, but speaking on Zoe Ball on Saturday today (June 23), actress Sair Khan has opened up about the storyline and admitted that the Connors aren’t going to make it easy for Alya.

“I think for Alya, it’s just the hypocrisy of the whole situation,” she explained.

“They’ve been so underhand in keeping his final will and testament from her. It’s not really fair – they were his last wishes, weren’t they?”

If you’ve been keeping up with the soap spoilers, you’ll know that Carla starts using sly tactics and tries to sabotage Underworld in a bid to take back the factory, and Sair admitted that it was a bit terrifying for her to play opposite Alison King in such heated scenes. 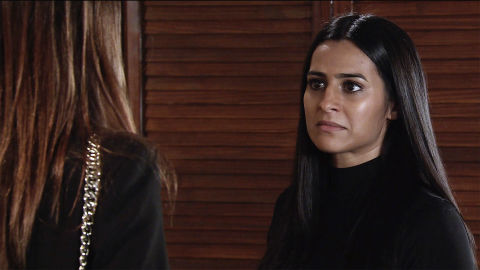 “It was so scary when I got the scripts, because no one wants to go up against Ali King or Carla Connor,” she added.

“As an actor and to play, it is obviously so amazing. She is brilliant.” 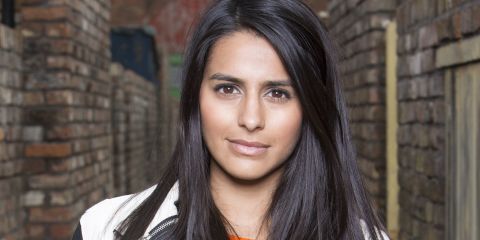 The actress also joked about the number of characters linked to Alya that have left the cobbles, with Alya’s dad, her boyfriend Luke and her business partner Aidan all having been killed on the show. At least Alya’s brother Zeedan managed to stay alive as he left the show…

“I miss everyone that’s gone,” she said. “Basically, if you are coming into Coronation Street, try not to be connected with Alya Nazir, because you won’t last very long.”

Digital SpySoap Scoop video – hit play below for all the latest Coronation Street spoilers, as Eva is reported to social services and Simon is involved in a violent attack on Flora.