The on-off couple are due to get married next month, but only because Steve was foolish enough to accidentally propose a few weeks ago.

In tonight’s visit to the cobbles, Steve pours his heart out to a friend and reveals his true feelings for Tracy (Kate Ford) – and it’s not good news.

Steve is forced to confess that he doesn’t really love Tracy and he can’t marry her, even though this would naturally leave her completely heartbroken. But although he’s being brutally honest in private, can he really find a way to break the news to Tracy? 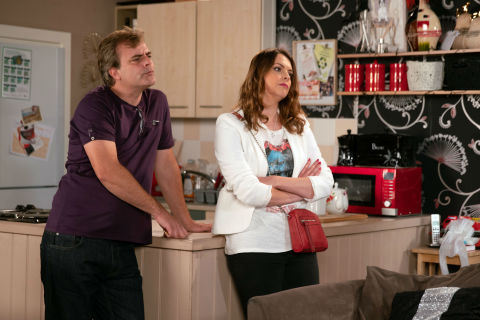 Later on, Tracy gets in touch with her brother Peter (Chris Gascoyne) to reveal that Amy has fallen over and is in hospital.

Peter comes looking for Steve to break the bad news, but finds him half-dressed after cheating on Tracy.

Who is Steve’s mystery woman and will this be the final nail in the coffin for his wedding plans? 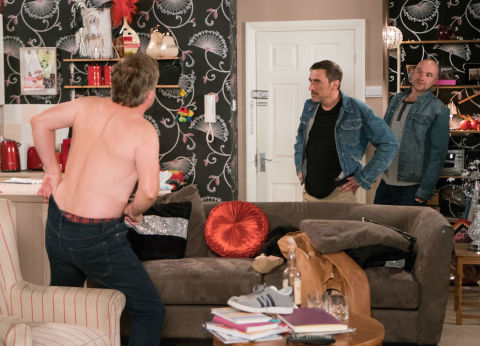 Simon Gregson, who plays Steve, recently teased: “It’s the worst possible person who discovers him up to no good – Peter who is Tracy’s brother! He is desperate for Peter to keep quiet and he wants to get to the wedding day without Tracy finding out. It is going to be a stressful time for Steve again.

“If Tracy finds out, it doesn’t bear thinking about!” 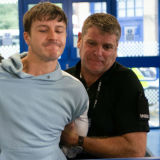