Reality programs about "crazy rich Asians" and senior citizens with young flatmates are among several new shows announced by Network 10.

On Monday, the broadcaster confirmed a local version of South Korean format The Masked Singer, in which 12 celebrities perform in disguise. Some are professional singers, others are TV anchors or sports stars. A series of "sing-offs" determines which celebrities are eliminated – at which point, their identities are revealed.

This puts accomplished musicians at risk of losing to football players or radio jocks. 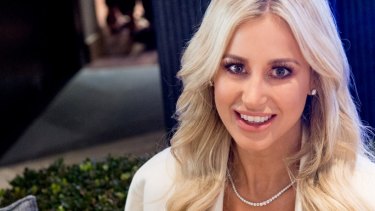 While 10 has ordered a full season of The Masked Singer, other new programs will air in the network's "pilot week" in September.

Based on a US concept, pilot week features single episodes of different TV concepts. Those with the best ratings and viewer feedback will be turned into full series. 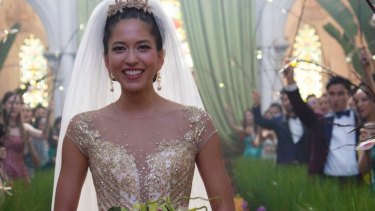 "It's exactly what you think it is – it's a little bit Real Housewives, and it's focused on the kinds of people you saw in the movie Crazy Rich Asians," McGarvey says.

"It's a slice of life into a world that you or I have no concept of. These people are not like everyone else, because they have a level of wealth that's phenomenal, but they're likeable and they're funny."

Casey Donovan, winner of Australian Idol’s second season, will host Catfish Australia. Adapted from a US format, it "comes to the aid of everyday Aussies who have suspicions about their internet beau" – in other words, those who have been "catfished".

In 2014, Donovan revealed a six-year online romance with a man named Campbell, whom she later discovered was really a woman named Olga.

"The instances of catfishing seem to be increasing," McGarvey says.

"Casey's experience of this will give the show are real edge, because she has such empathy for [people in similar situations]."

"There are many millennials who cannot afford to get on the property ladder," McGarvey says.

"And there are many older people who are rattling around big homes by themselves … they're looking for companionship and the younger people are often looking for guidance and advice."

The sole scripted series in 10's pilot week is Part Time Privates. It features two mothers who start an investigation business from home, but soon find themselves juggling school pick-ups with threesomes and insurance fraud.