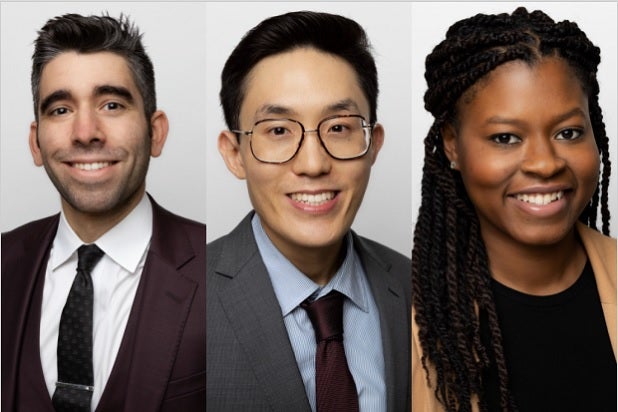 “Bryant, Albert, and Stephanie have long been contributing to the success of the department, consistently demonstrating an exceptional taste level, a passion for delivering best-in-class client service, and a commitment to the agency’s culture of collaboration,” said Dan Rabinow and Ida Ziniti, Co-Heads of CAA’s Motion Picture Literary department in a statement to TheWrap. “They have each built their career at CAA and we are deeply gratified to be a part of their continued growth.”

The trio all began their careers at CAA. Bryant started at CAA in 2016, Albert in 2015 and Stephanie in 2017. The trio is based in CAA’s Los Angeles office and will report to Rabinow and Ziniti.

In related news, Creative Artists Agency and Writers Guild of America West announced last year that they have reached a deal on a new franchise agreement that will allow writers to be represented by the agency after a nearly two-year standoff.

“CAA and the WGA have concluded and signed a franchise agreement confirming CAA can resume representing writers and continue the important work of helping them realize their ambitions. We end this year of unprecedented global challenges with the optimism and energy that today’s news brings, starting now, and for the years ahead,” a CAA spokesperson said in a statement.