Jessica Biel officially added Cruel Summer to her list of anthology series that she produces with a new cast for season 2. Like The Sinner, Cruel Summer Season 2 on Freeform will introduce an entirely new cast with new characters and a brand new storyline. However, it will follow the same method of storytelling, with three different years surrounding Y2K as the new focus.

Megan is “a computer coder and honor student from a blue-collar family,” the Freeform press release reads. “Once Megan meets Isabella, she begins to live in the moment and embrace her true self. When events take a tragic turn, her long-held dreams are dashed, and she is left wondering who she can trust.”

Cruel Summer Season 2 finds the two girls living in the same house. Also, Eloise Payet joins the cast as Isabella. She moves in with Megan Landry’s family as an exchange student. Megan is the daughter of foreign diplomats. However, she “shakes up life in this small town.” Plus, she’s hiding a secret about the real reason she came to live with the Landrys.

Additionally, Griffin Gluck joins the Cruel Summer Season 2 cast as Luke Chambers. Luke is Megan’s best friend, who comes from a wealthy family. His character is similar to Jamie Henson (Froy Gutierrez) from season 1. Will the two girls fight over Luke? If things follow the same format, he’s probably involved with both teens throughout the three years.

“Luke finds himself at a crossroads as he tries to establish his own place in the world, separate from the expectations of his powerful father,” the Freeform press release continues.

The press release describes Parker as “a popular musician who becomes more cynical as the world takes a dark turn around her.” However, it’s not evident what involvement she has with Megan and Isabella. She most likely is one of the girl’s friends, similar to Mallory (Harley Quinn Smith) in season 1. 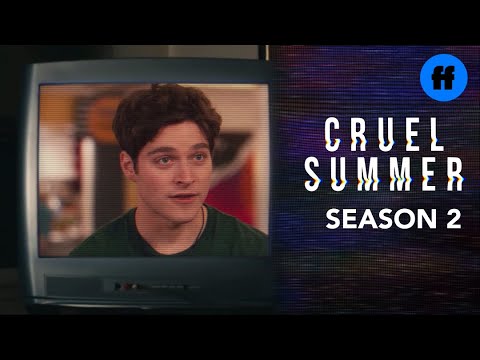 Lastly, Sean Blakemore from Greenleaf plays Sheriff Myer. He is described as “an old-fashioned law-and-order type, under pressure to solve the first major crime in Chatham.”