DALE Winton's Supermarket Sweep will return despite his death – as gameshow bosses line up a new host.

The 62-year-old, who died at home yesterday, became a household name when he presented the iconic TV show between 1993 and 2001. 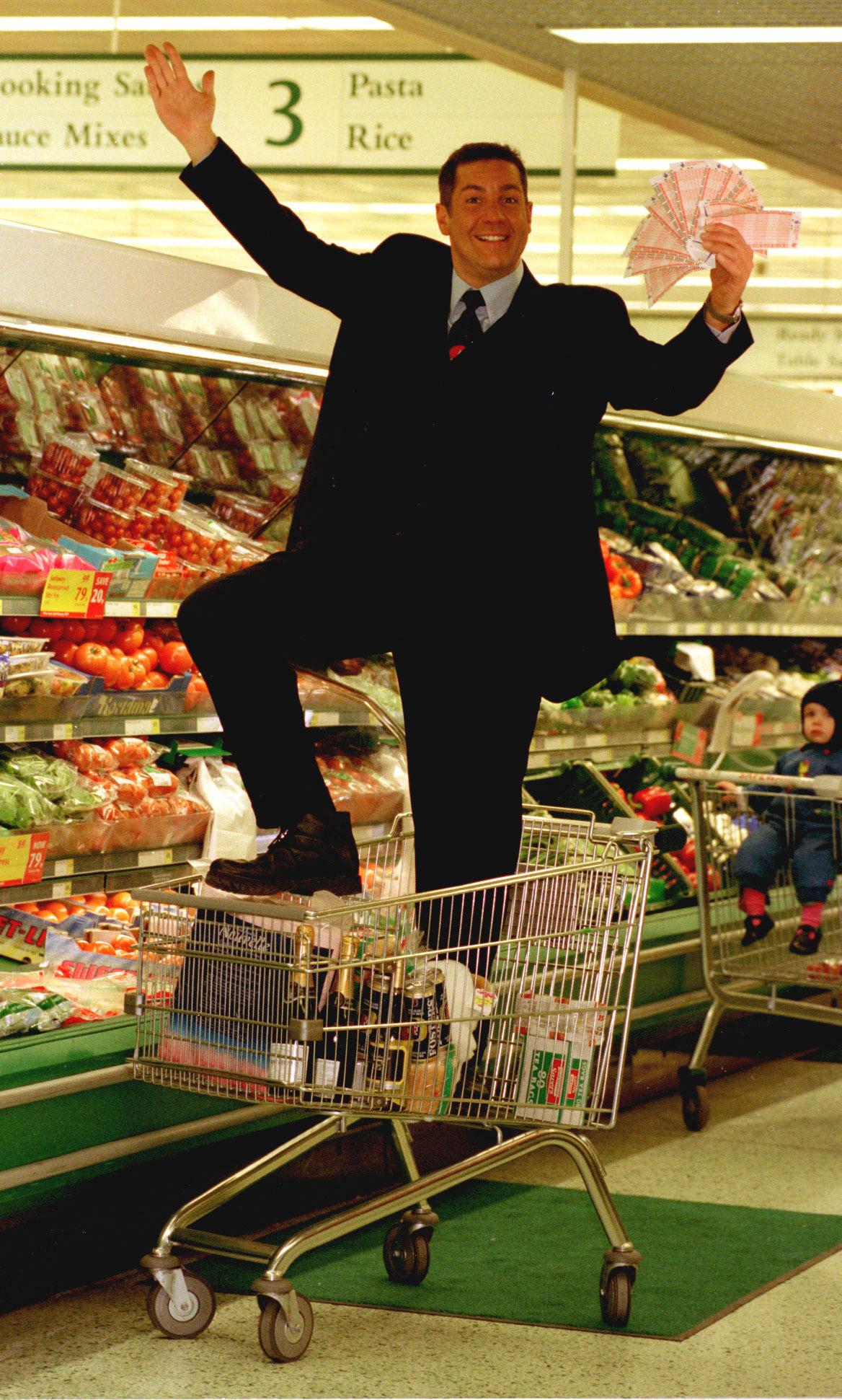 Now fans are calling for Rylan Clark-Neal to be the new face of the show when the series returns.

It was announced last year that Supermarket Sweep was making a comeback following its temporary return in 2007.

Today FremantleMedia, which bought the rights to the show, paid tribute to Dale – and confirmed discussions are ongoing about the series revamp.

A spokesman told Mirror Online: "We are very sad to hear the news about Dale Winton, he was a huge star who always put his fans first. 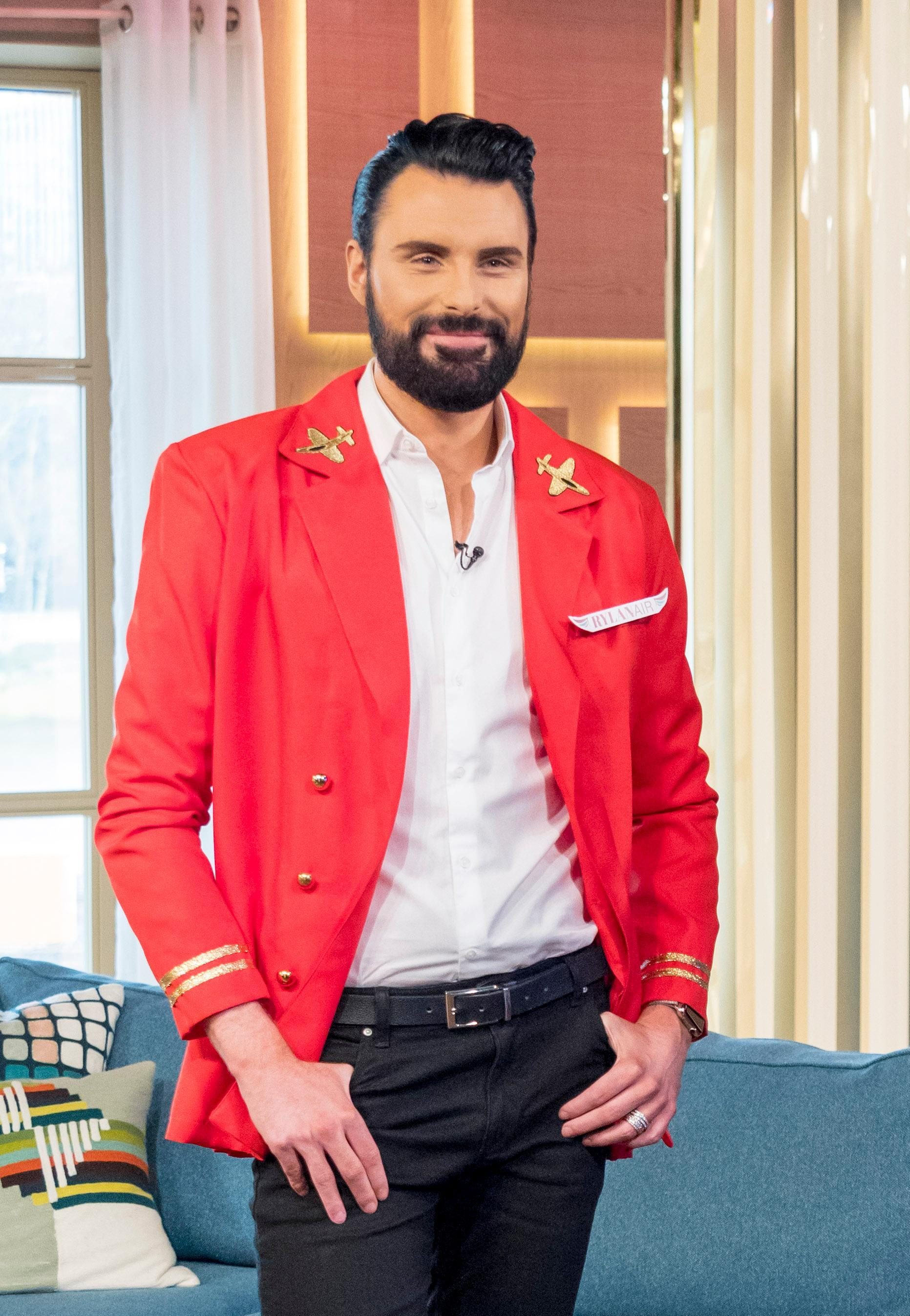 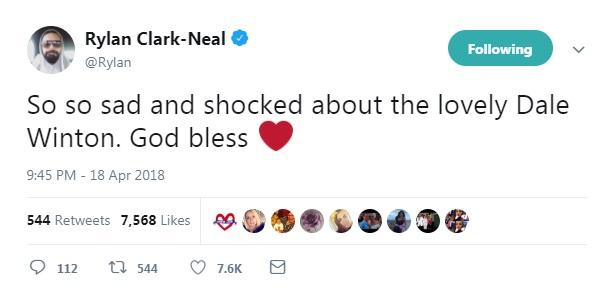 "He was very close friend of many at FremantleMedia and our thoughts are with his loved ones at this time."

Fans have today been tipping Big Brother's Bit on the Side presenter Rylan who first found fame on The X Factor.

Many had even suggested Rylan as the new presenter after Dale kept quiet about his involvement in the new series.

Yesterday Rylan wrote on Twitter: "So so sad and shocked about the lovely Dale Winton. God bless."

Fans rushed to say he would be the perfect presenter to follow in Dale's footsteps in the new series. 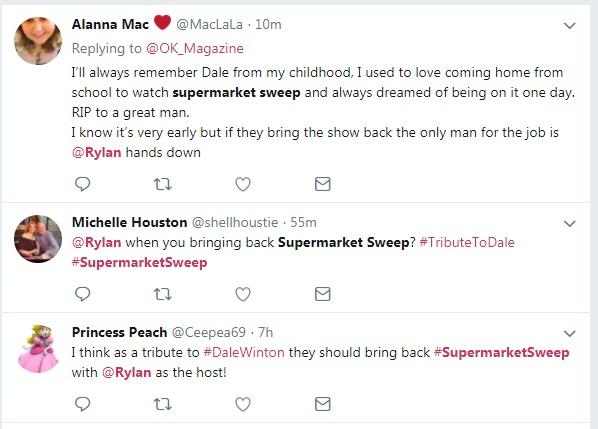 One said: "I’ll always remember Dale from my childhood, I used to love coming home from school to watch supermarket sweep and always dreamed of being on it one day. RIP to a great man.

"I know it’s very early but if they bring the show back the only man for the job is @Rylan hands down."

Another said: "@Rylan when you bringing back Supermarket Sweep? #TributeToDale #SupermarketSweep".

A fan added: "I think as a tribute to #DaleWinton they should bring back #SupermarketSweep with @Rylan as the host!" 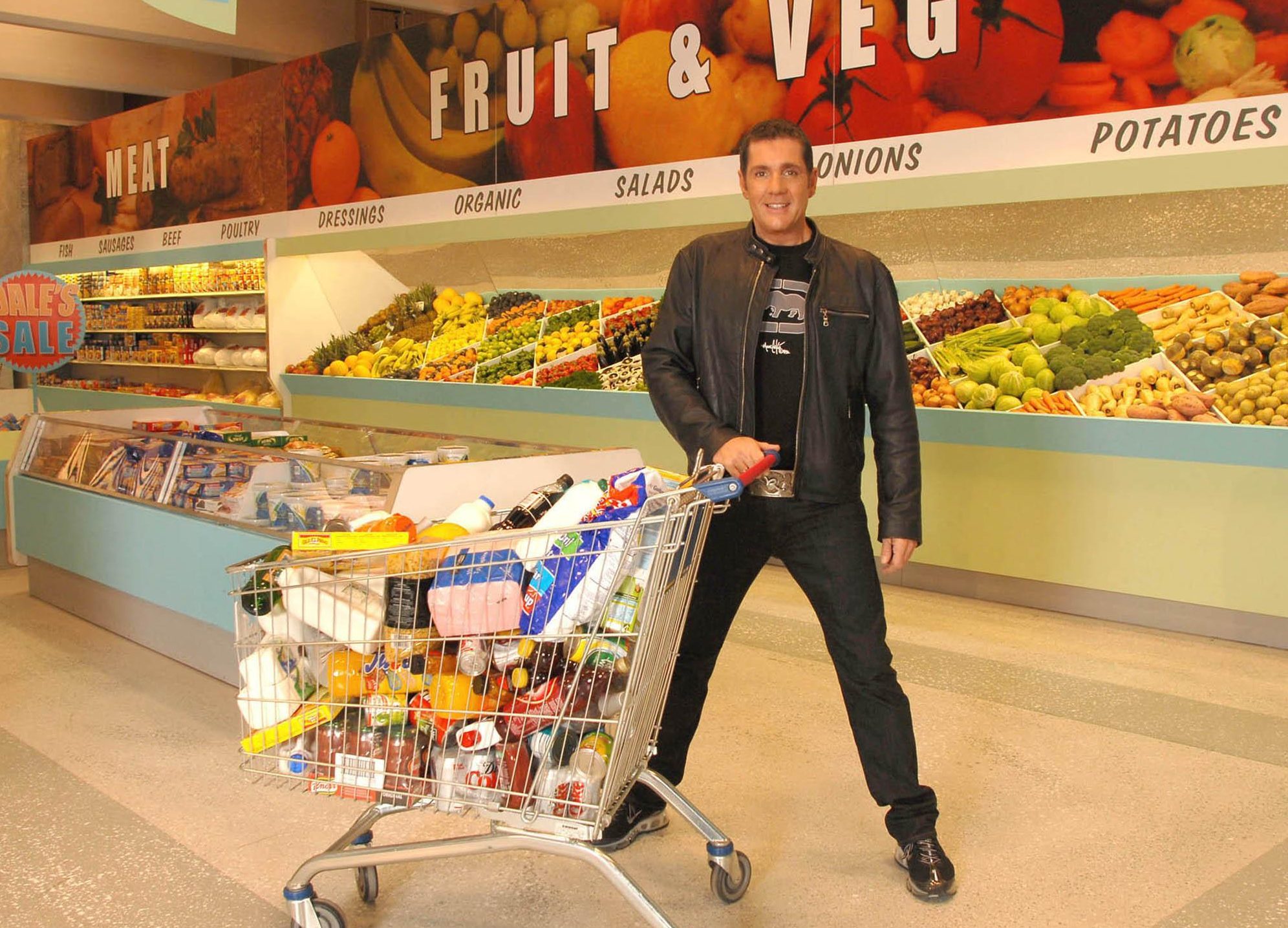 Another added: "OMG it would be perfect if @Rylan himself brought back Supermarket Sweep! I’d apply for that! #CBBBOTS".

Someone else said: "So so sad rest In peace dale. Bring back supermarket sweep!! You’d be great Rylan!! ❤❤❤❤".

And another added: "I can see you doing Supermarket sweep Rylan x" 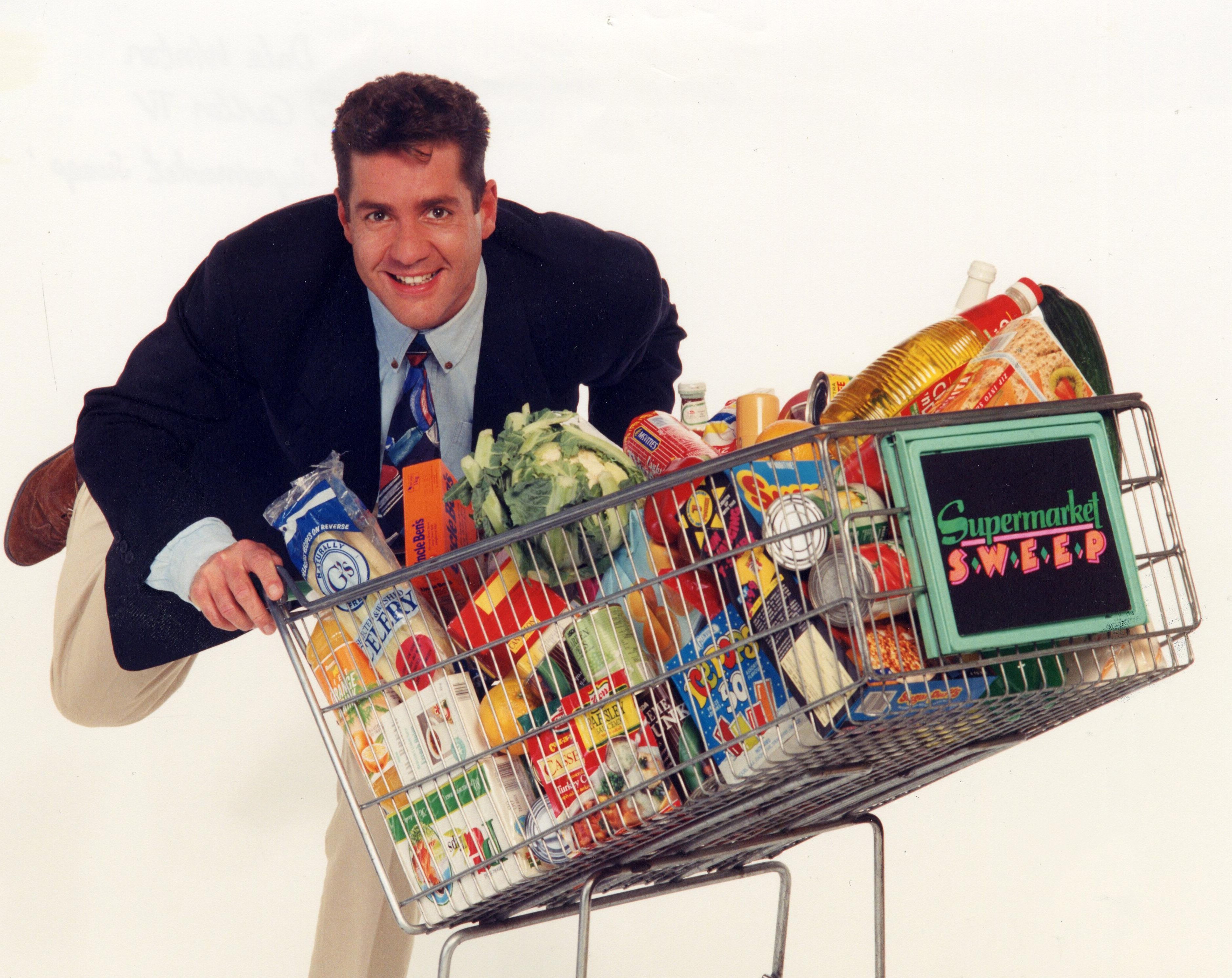 Dale's agent Jan Kennedy announced the star died at his home last night after he was found collapsed.

In the months running up to his death, the legendary host was reportedly plagued by health woes, including a battle with depression.

Celebrity pals including David Walliams and Davina McCall have led the tributes to "adored" Winton, who was also the face of the National Lottery.

He was known for his famous catchphrases on Supermarket Sweep including "they're going to go wild in the aisles", "let's check 'em out" and "next time you're at the checkout and you hear the beep, think of the fun you could be having on supermarket sweep".