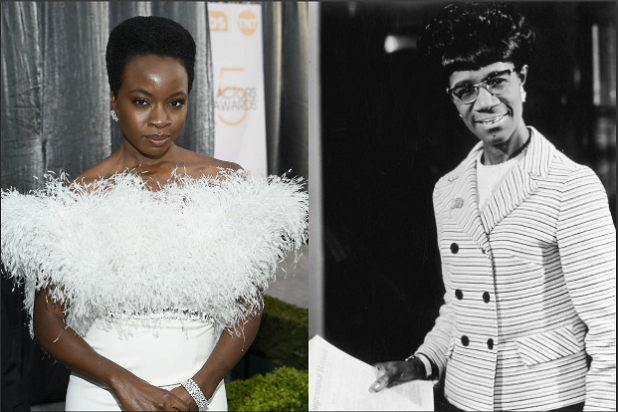 Cherien Davis (“Ramy,” “Ozark”) will direct the indie about the historic 1972 campaign for the highest office in the land. Adam Countee wrote the screenplay.

“The Fighting Shirley Chisholm,” won’t be a biopic, but rather a rousing campaign movie that mirrors today’s unprecedented politics. The Chisholm Trail was populated by young people who sought social and political change during one of the most turbulent times in American history. As the first Black female in Congress, Chisholm recognized that she could make real change by challenging the status quo through her efforts to gain enough delegates to speak for the people at the Democratic Convention.

Stephanie Allain will produce through her Homegrown Pictures banner. Gabrielle Ebron will executive produce the project.

Gurira is currently serving as showrunner and executive producer on “Americanah,” a miniseries for HBO Max she adapted from the bestselling novel by Chimamanda Ngozi Adichie. She is re-teaming with her “Black Panther” co-star Lupita Nyong’o, who will star in the series alongside Corey Hawkins, Zackary Momoh and Uzo Aduba.