Dancing on Ice returned this evening (January 12) as six more celebrities prepared to skate. ITV newsreader Lucrezia Millarini was the second celebrity this evening alongside partner Brendyn Hatfield, but the judges were critical of her routine, leading some viewers to believe she was “undermarked”.

Last weekend’s show saw Perri Kiely shoot to the top of the leaderboard after he wowed the judges with his routine.

Tonight, it was Love Island’s Maura Higgins up first as she danced to Juice by Lizzo, scoring a respectable 22 points out of 40.

Next up was Lucrezia Millaniri who skated to Jump (For My Love) by The Pointer Sisters this evening.

However, some viewers felt she was “so undermarked” after she received just 18 points for her routine. 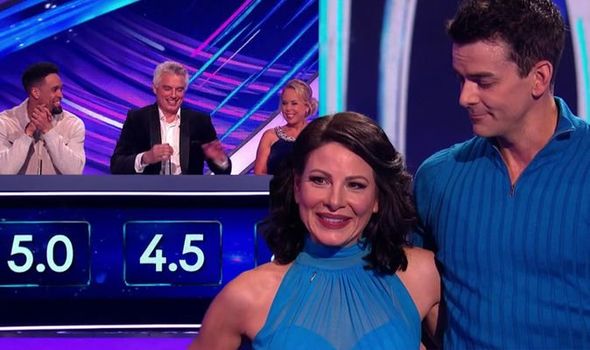 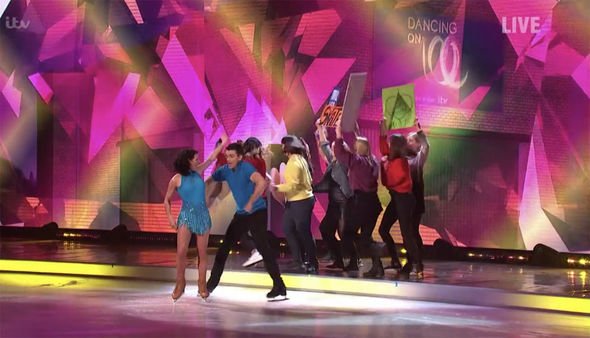 One viewer wrote: “Those scores are awful that routine was amazing! Poor Lucrezia #dancingonice.”

“Why are the judges being so tight with the scores compared to last week #DancingOnIce,” echoed another.

“Lucrezia has some core strength there! Honestly that was better than Maura though so those marks are weird! #DancingOnIce.” 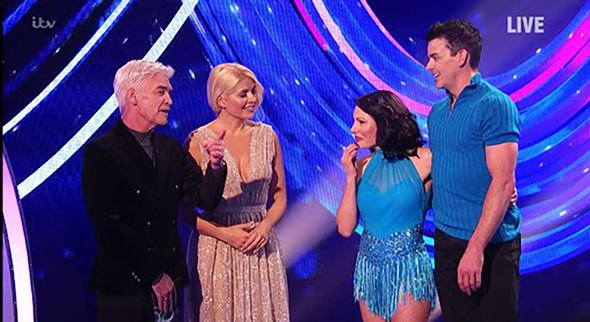 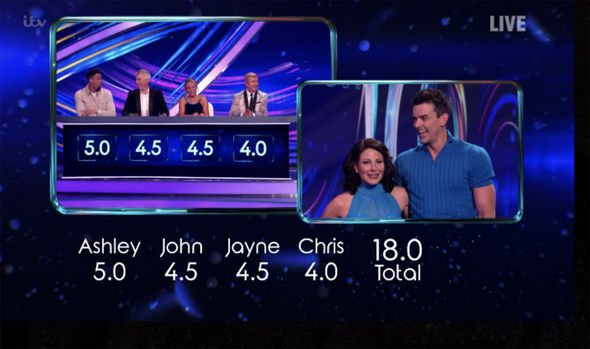 A fifth commented: “sorry WHAT they was so undermarked???? #dancingonice,”

The judges criticised her performance this evening, and pointed out at her “nerves” holding her back.

Judge Christopher Dean criticised the amount of time she spent being lifted, before adding: “It’s about flowing it’s about skating, the flowing edge, I did see the nervousness creeping in at the beginning.

“When you find that confidence you know as journalist you’re fearless and confident, you need to bring that to the ice,” he concluded.

John Barrowman agreed: “There was fun, it was energy, when you get those nerves, the headline I want to see next weekend, ‘Lecrezia puts her blades on the ice.’”

Ashley Banjo, who gave the pair their highest score this evening, said: “I want to see you do more, I think you are going to focus a lot on lifts, they need to be immaculate, I thought it deserves slightly more, I know those lifts aren’t easy.”

Jane Torvil told the pair: “I mean you had great courage to do those lifts, but the minute your feet touched the ice, you were slightly off balance, moving forward, please do more skating.”

Some viewers agreed with the judges, and felt Lucrezia was scored correctly due to not doing “much skating”.

One said: “Not much skating lucrezia good lifts 4.5 from me #DancingOnIce.”

Another remarked: “Lucrezia is the new Bonnie Langford – great being lifted and being put into position by her partner but not much actual skating. #DancingOnIce.”

“Lucrezia is okay, but she’s being carried around the ice rink by her partner for the majority of that performance #DancingOnIce.” wrote another.

Who will join Trisha Goddard in the bottom two this evening as she prepares to take to the floor again?

Dancing on Ice continues next Sunday at 6pm on ITV