Both fans and stars alike are pretty damn disappointed by the surprising news that Daredevil has been cancelled after just three (popular) seasons.

The unexpected news broke last night (November 29), after it was reported that Netflix would not be renewing another one of its Marvel TV series for a fourth season.

Although Daredevil‘s lead star Charlie Cox has yet to address the news, some of the show’s cast have been paying tribute to the series on Twitter, sharing their sadness at the sudden axing. 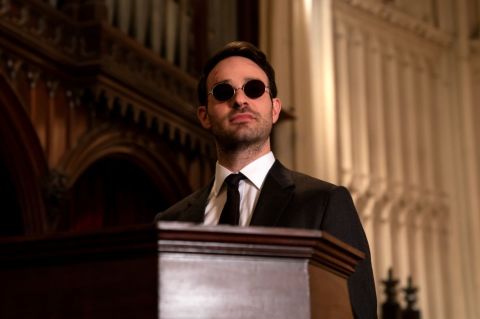 Deborah Ann Woll, who played Karen Page, said she was “so sad” that Daredevil’s story “won’t be continuing”, while Jay Ali (Agent Ray Nadeem) said it was “an experience I’ll never forget”.

Amy Rutberg – aka Marci Stahl – also admitted she was “heartbroken and surprised” by the series’ axing, but was “so proud” to have starred in the world.

Fans were equally gutted about the controversial decision, with some calling Daredevil “one of the best shows on Netflix”.

Daredevil‘s cancellation comes after a mixed bag of fortunes for the series. As well as following in the not-so-surprising footsteps of Iron Fist and Luke Cage, it was recently reported that season three was drawing in less than half the first-week viewership of season two.

Showrunner Erik Oleson also claimed that he had pitched the fourth season to Netflix with his “fingers crossed” only two weeks ago, but alas, we suppose it wasn’t to be.

All three seasons of Daredevil are available to stream on Netflix.