DAVID Lee Roth has paid tribute to his former bandmate Eddie Van Halen after his death from cancer.

The fun-loving frontman, 65, shared a smiling backstage photograph of himself and Eddie and wrote: "What a Long Great Trip It’s Been.."

What a Long Great Trip It’s Been..

What a Long Great Trip It’s Been.. 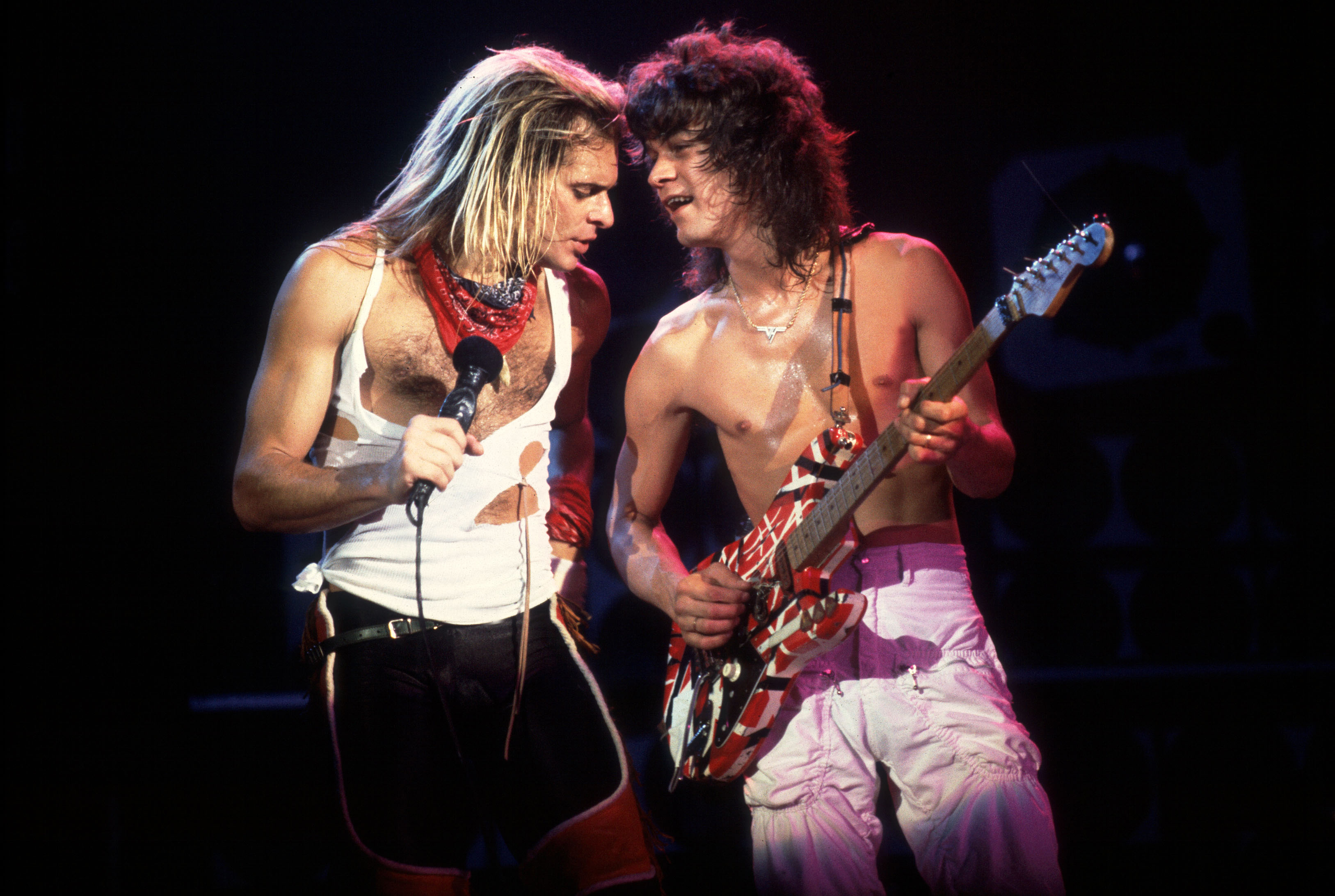 In the snap, Diamond Dave showed off a trademark grin while shirtless Eddie held his guitar.

The pair's musical relationship kicked off in 1972 when Dave joined band Mammoth, which Eddie played in with brother Alex on drums.

A name change followed, with the group adopting the brothers' surname, and they soon grabbed the attention of Kiss bassist Gene Simmons and Warner Brothers. 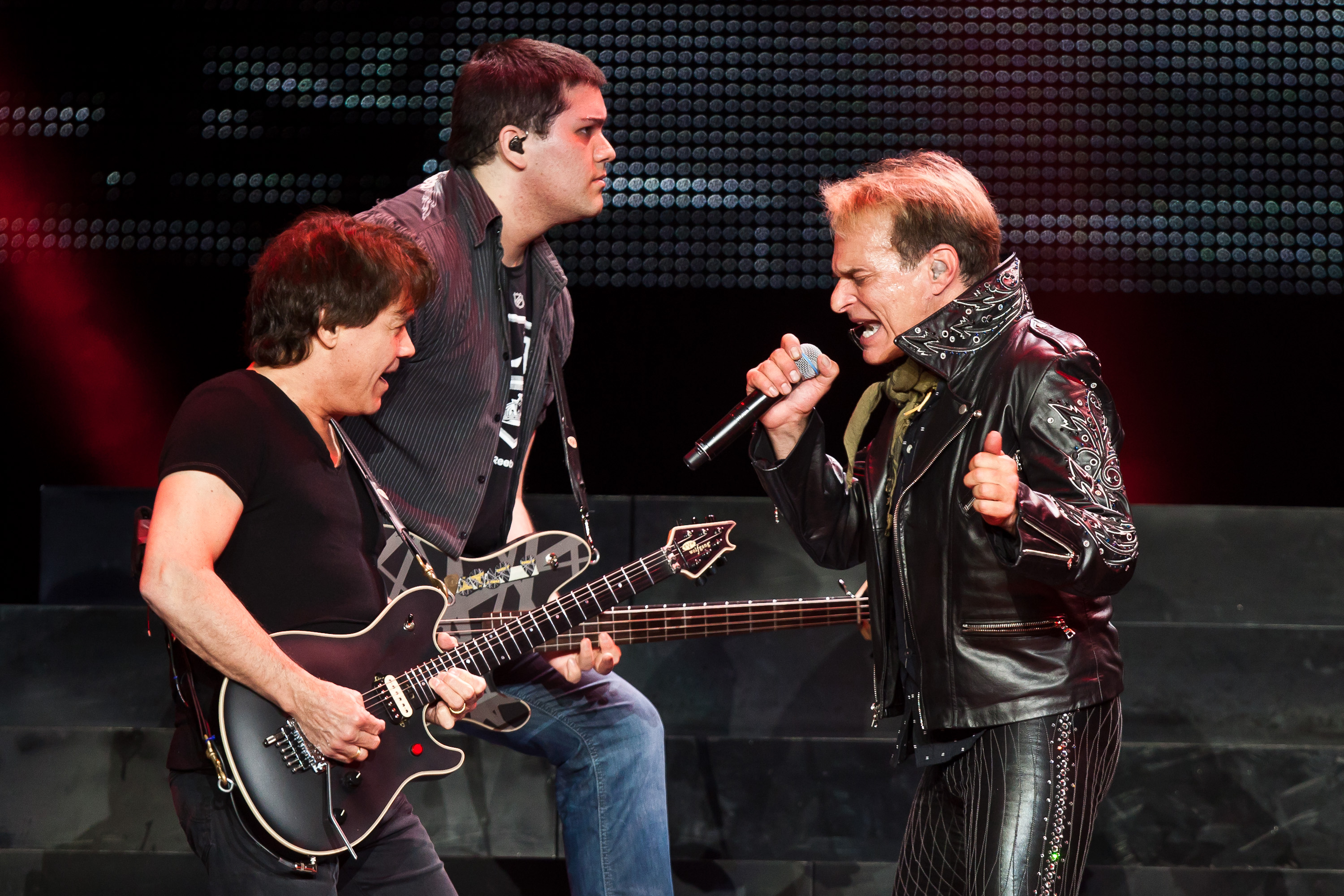 From the late 70s through to the mid 80s Van Halen released six hugely successful albums, cementing themselves as the era's premiere rock band.

Creative differences then saw David separate from the band with Sammy Hagar replacing him.

David briefly reunited with Van Halen in 1996 to record two new songs for a Best Of compilation, but it wasn't until 2007 that they hit the road again for a fully fledged reunion tour.

It raked in $93million and paved the way for another run in 2012 in support of the group's final studio album A Different Kind Of Truth.

The singer's tribute followed that made by Eddie's son, Wolfgang, 29, who said he would never recover from the loss.

He wrote: “I can’t believe I’m having to write this, but my father, Edward Lodewijk Van Halen, has lost his long and arduous battle with cancer this morning."

Wolfgang, who has filled in as the band’s bassist since replacing Michael Anthony in 2006, continued: “He was the best father I could ever ask for. Every moment I’ve shared with him on and off stage was a gift. My heart is broken and I don’t think I’ll ever fully recover from this loss. I love you so much, Pop.”

The world of rock music is in mourning after the Van Halen co-founder passed away at St. Johns Hospital in Santa Monica, California, with his wife Janie by his side. 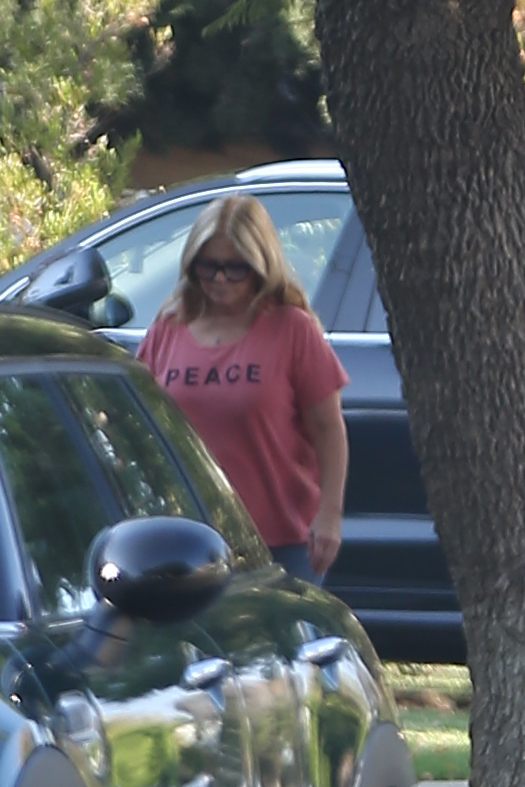 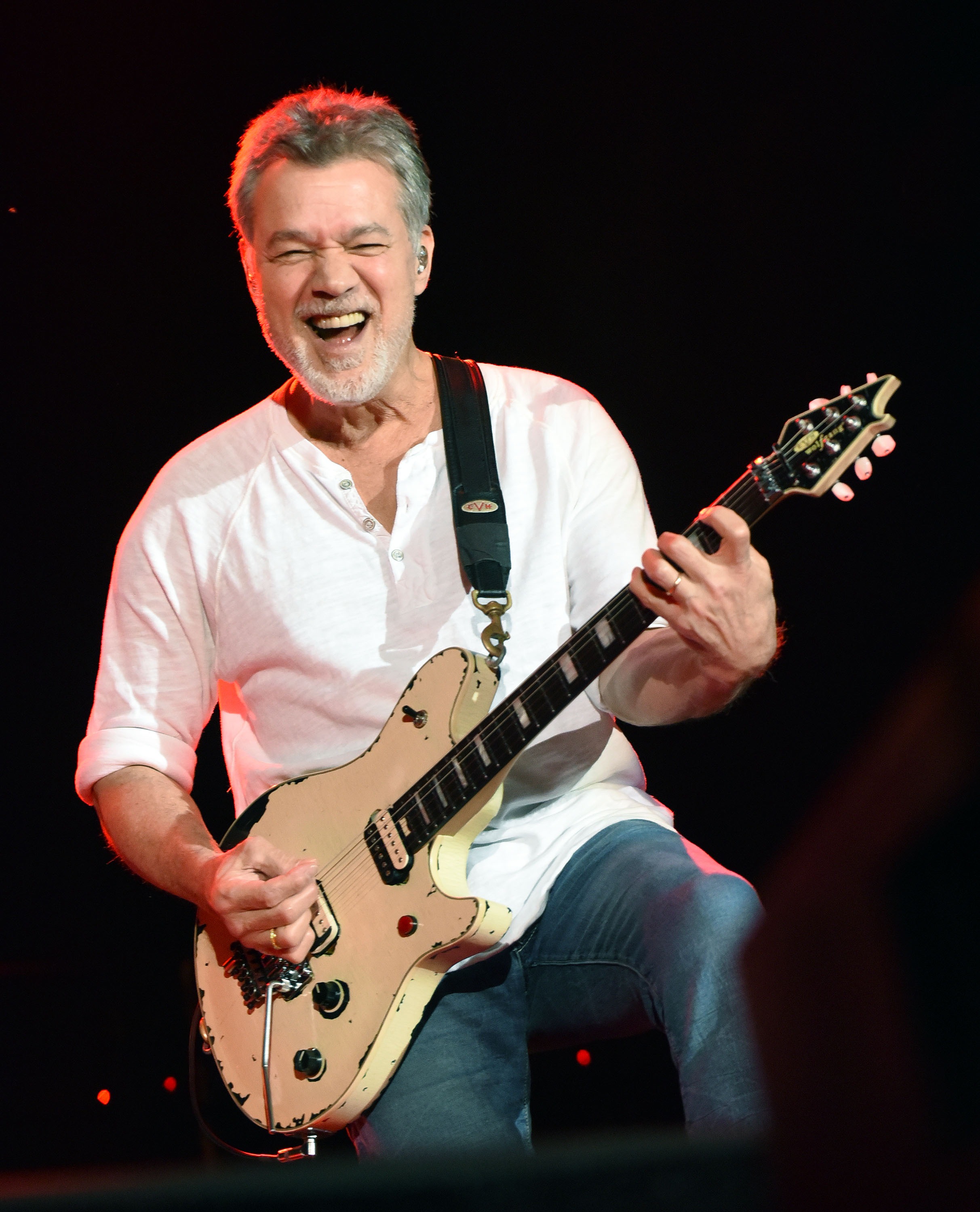 Valerie Bertinelli, who was married to the Jump singer from 1981 to 2007, looked somber as she stepped out in Los Angeles hours after news broke the rocker had succumbed to throat cancer.

In a touching nod to Eddie's passing, the 60-year-old TV chef wore a pink T-shirt with the word "Peace" written on it.

After his death, Van Halen's fellow rockers paid emotional tributes to him.

Kiss rocker Gene Simmons, 71, tweeted: “My heart is broken. Eddie was not only a Guitar God, but a genuinely beautiful soul. Rest in peace, Eddie!”

Tommy Thayer, the band's lead guitarist, added that he is "so sad to hear this" news.

Aerosmith members mourned the loss, as well, with the group writing on their official account: “Rest In Peace @eddievanhalen You will be missed! #Legend”

Front man Steven Tyler wrote in a personal tweet: "HE CHANGED THE COURSE OF GUITAR WHAMMY BAR ROCK & RHYME… A GAME CHANGER… AND HIS MELODIC CRAZY WAS OVER THE TOP… WE’LL MISS YOU EDDIE… LOVE FROM ABOVE."

Motley Crue co-founder Nikki Sixx tweeted that he was "crushed" by the news, adding: "Crushed. So f*****g crushed. RIP Eddie Van Halen. You changed our world. You were the Mozart of rock guitar. Travel safe rockstar." 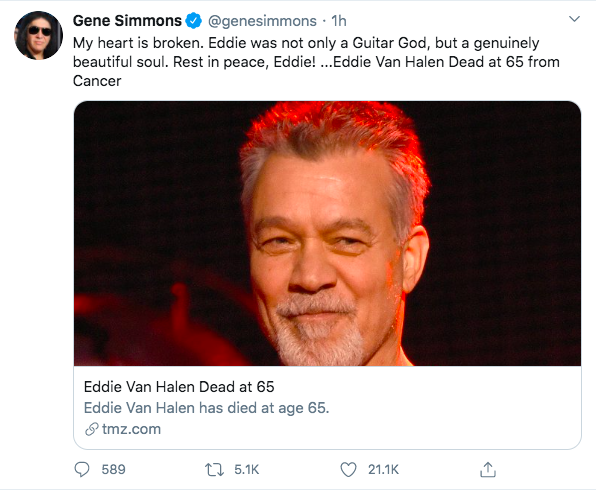 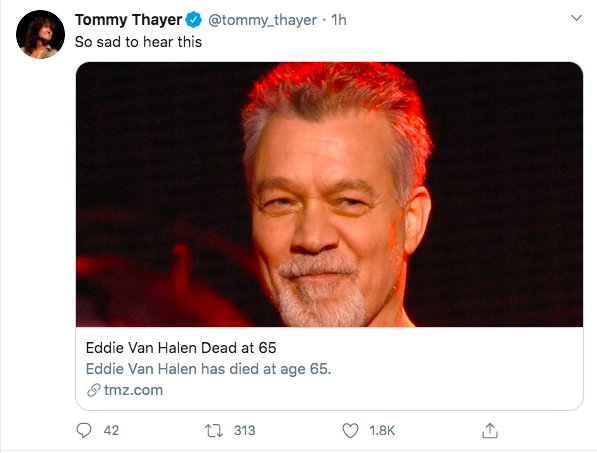 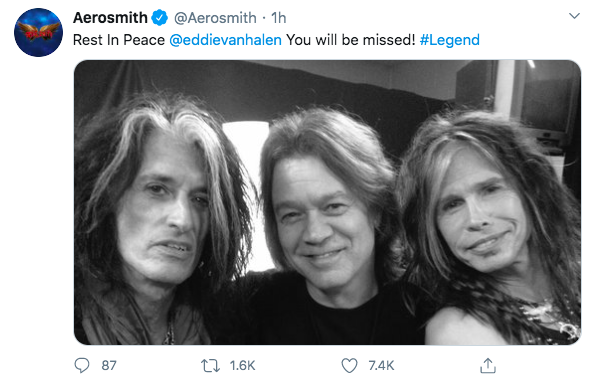 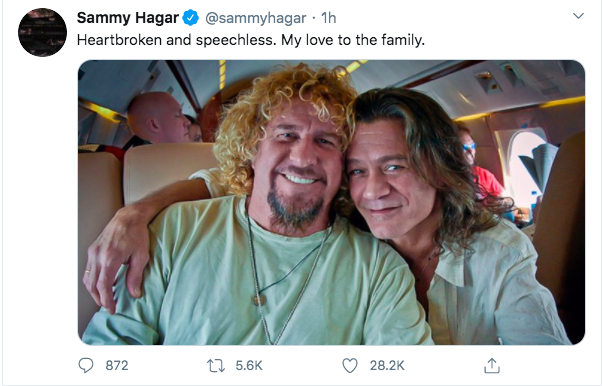 Singer-songwriter Sammy Hagar, who replaced David Lee Roth as the band's singer in the 80s, wrote: “Heartbroken and speechless. My love to the family.”

"Just when I thought 2020 couldn't get any worse, I hear Eddie Van Halen has passed. So shocking," said Butler.

"One of the nicest, down to Earth men I have ever met and toured with. A true gent and true genius. RIP. So sad. Thoughts go out to his brother Alex, and his family."

Iommi tweeted: "I’m just devastated to hear the news of the passing of my dear friend Eddie Van Halen. He fought a long and hard battle with his cancer right to the very end. Eddie was one of a very special kind of person, a really great friend. Rest In Peace my dear friend till we meet again."

Osborne also paid his respects by tweeting: "@EddieVanHalen was one of the nicest guys I ever worked with and we shared so many laughs together.   His influence on music and especially the guitar has been immeasurable.  He was an absolute legend.  Eddie, I’ll see you on the other side, my friend.  Love, Ozzy." 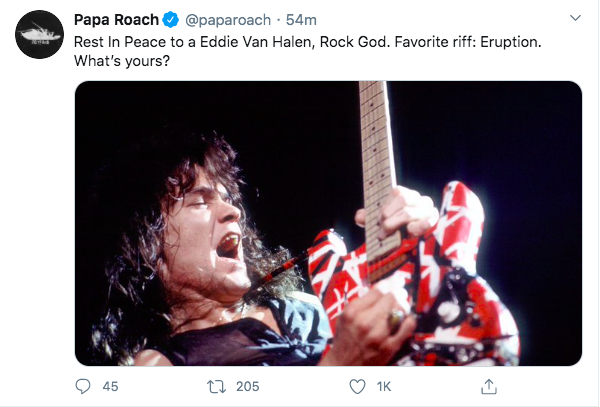 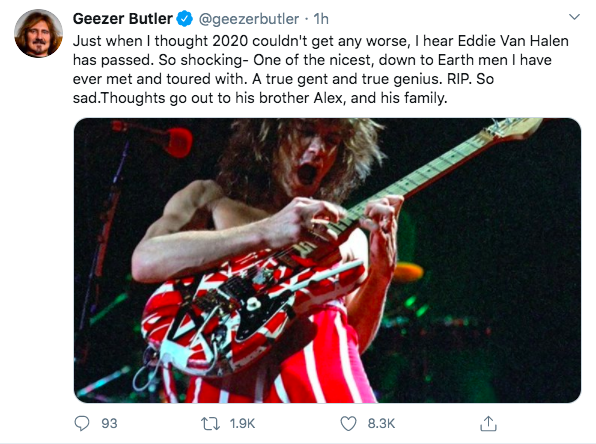 Lenny Kravitz said the late rocker was "legendary" and a "musical innovator," adding: "Heaven will be electric tonight."

Billy Idol shared a number of snaps with Eddie onstage and posing with the fellow rocker, which he captioned: "Rest in peace guitar legend Eddie Van Halen. We will miss you."

Red Hot Chili Peppers bassist Flea wrote: "Oh man, bless his beautiful creative heart. I love you Eddie Van Halen, an LA boy, a true rocker. I hope you jam with Jimi tonight. Break through to the other side my brother." 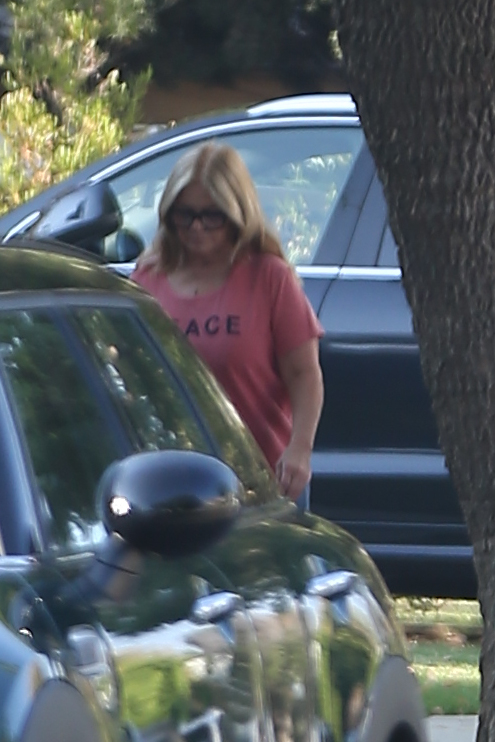 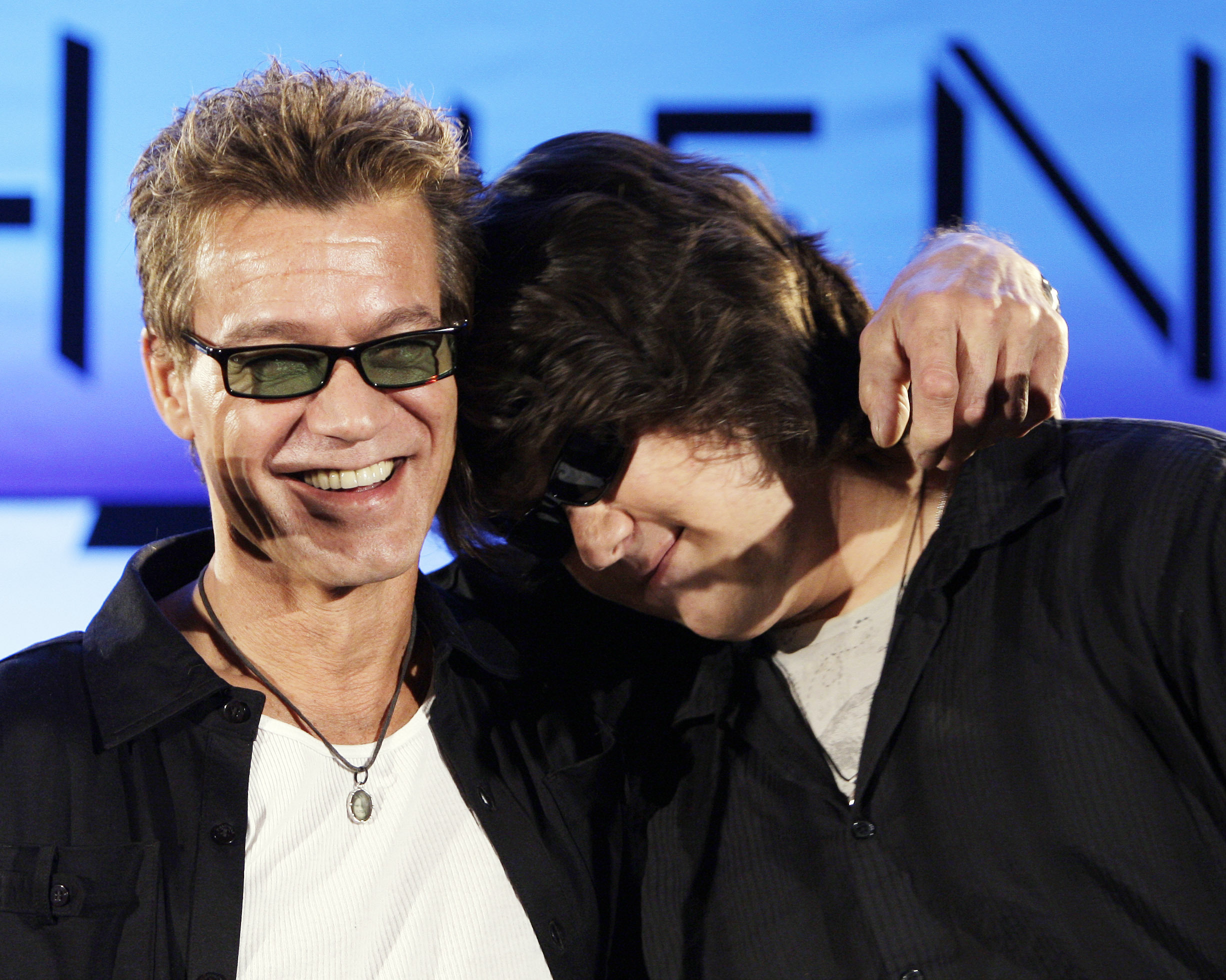 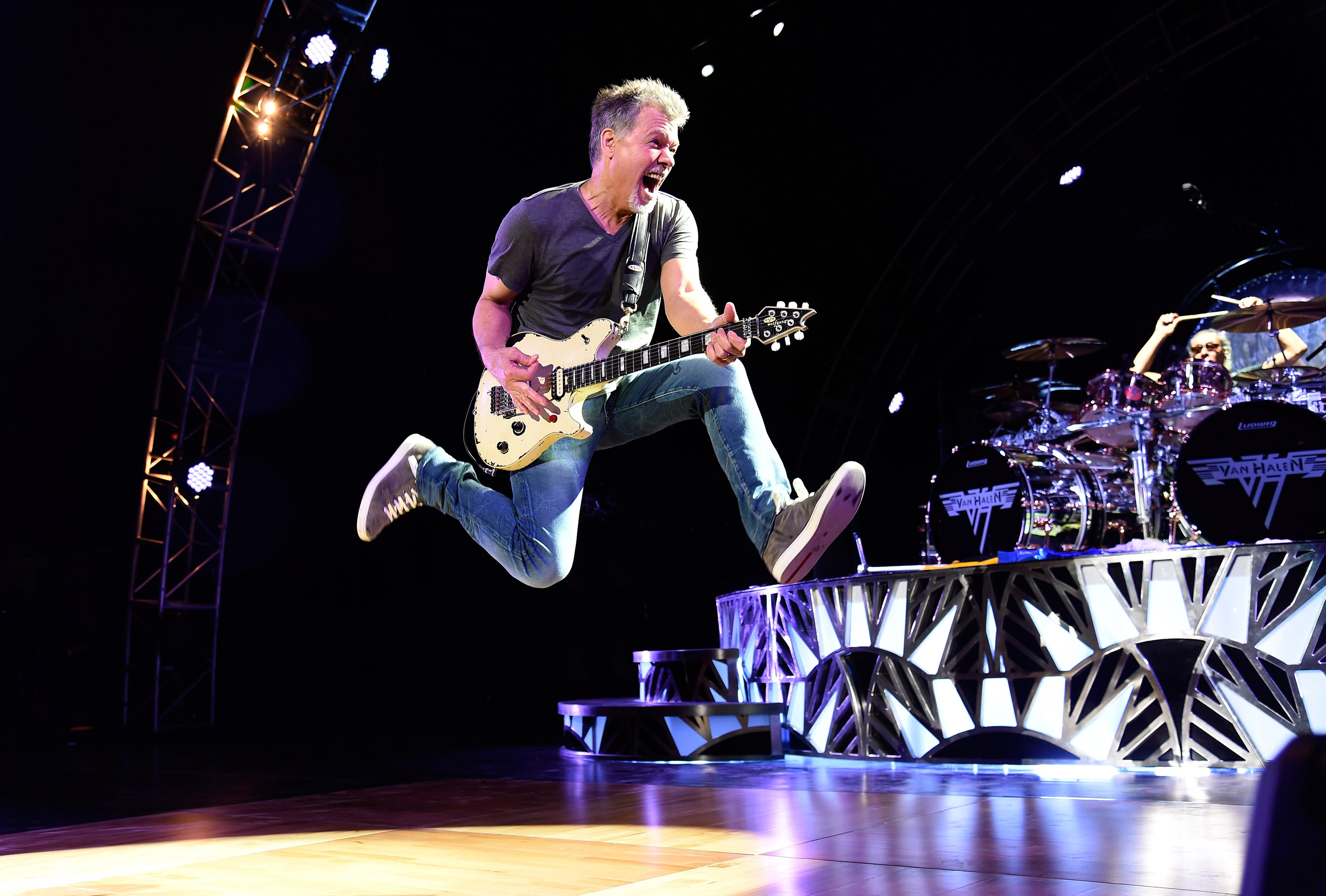 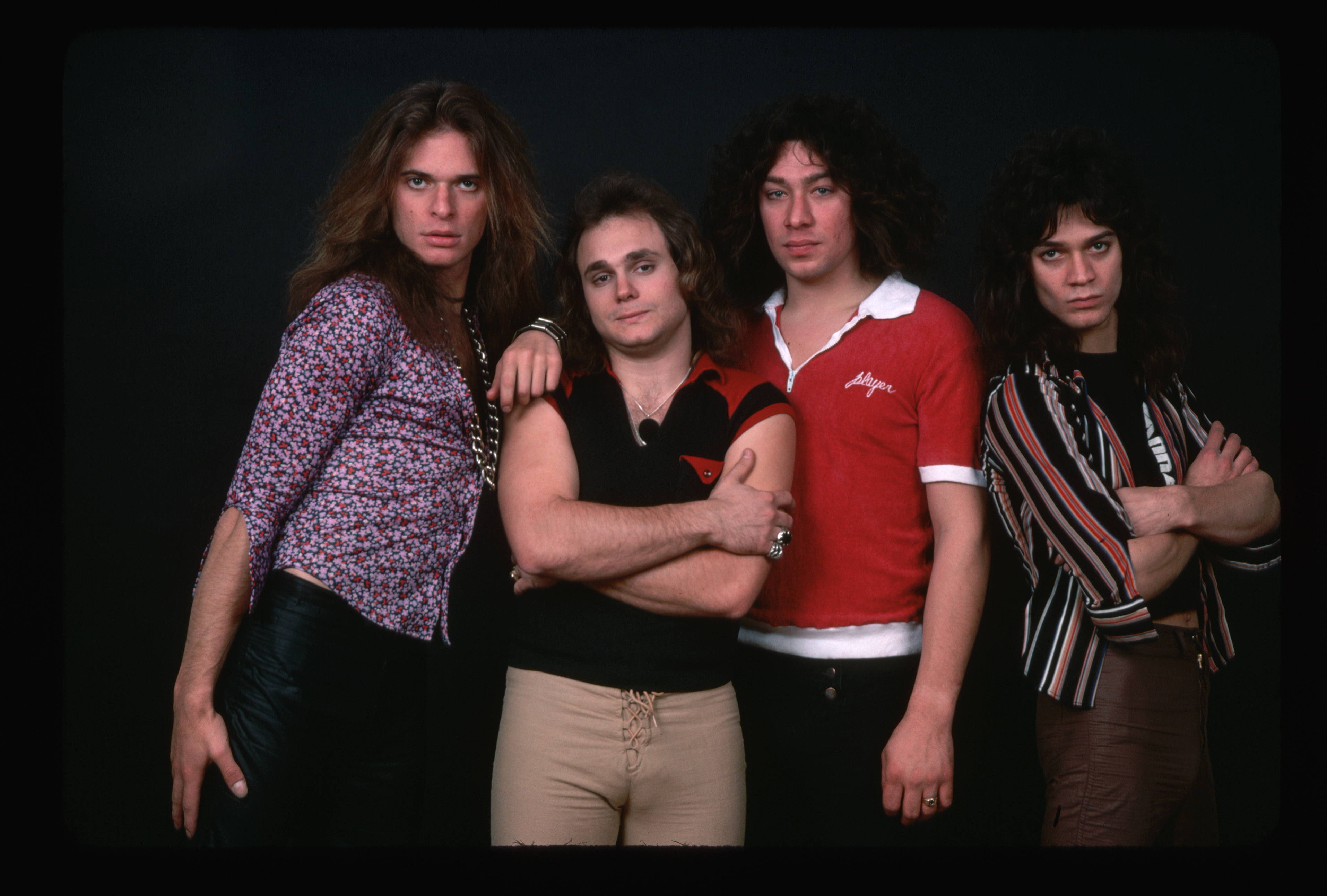 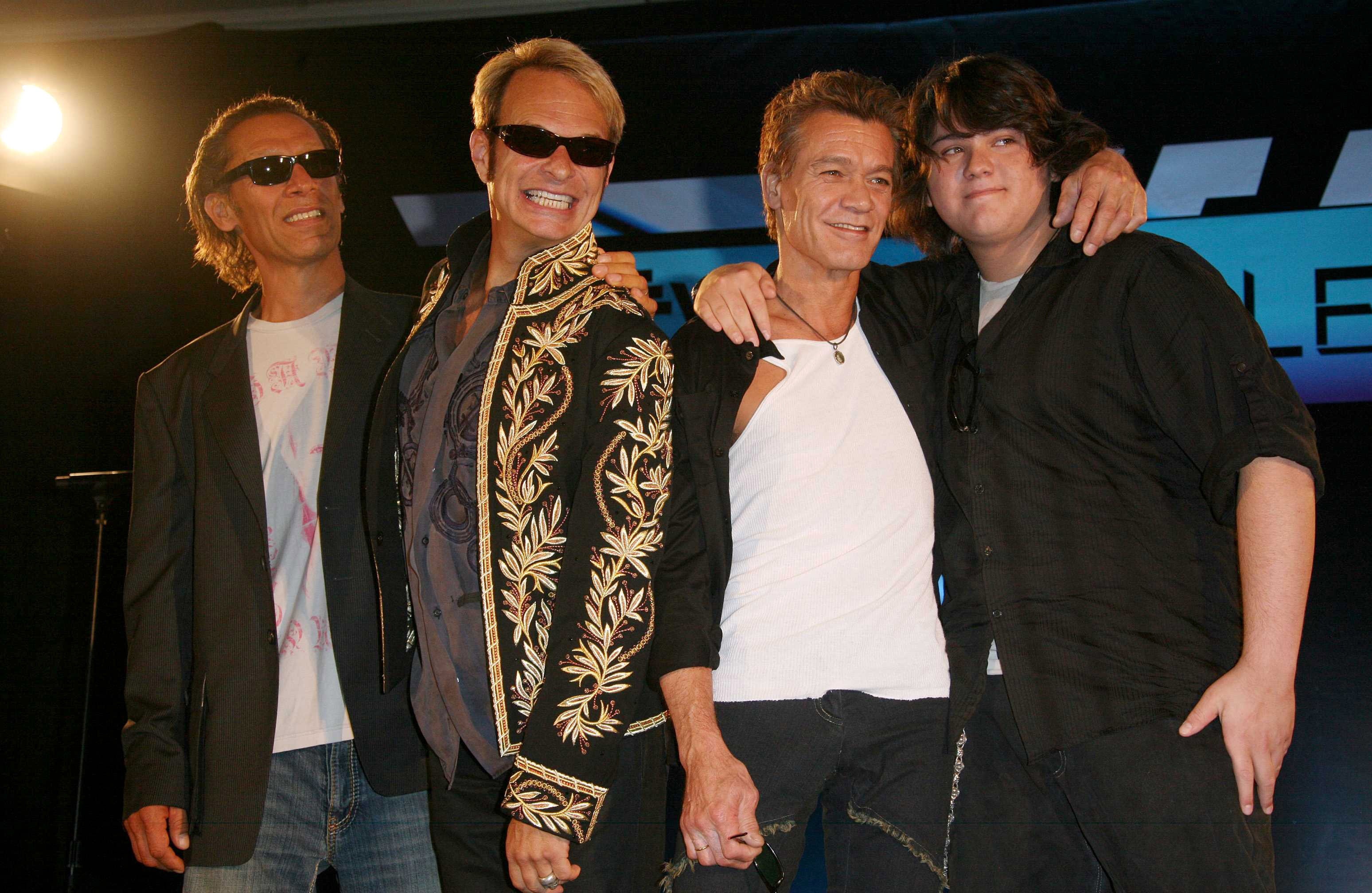 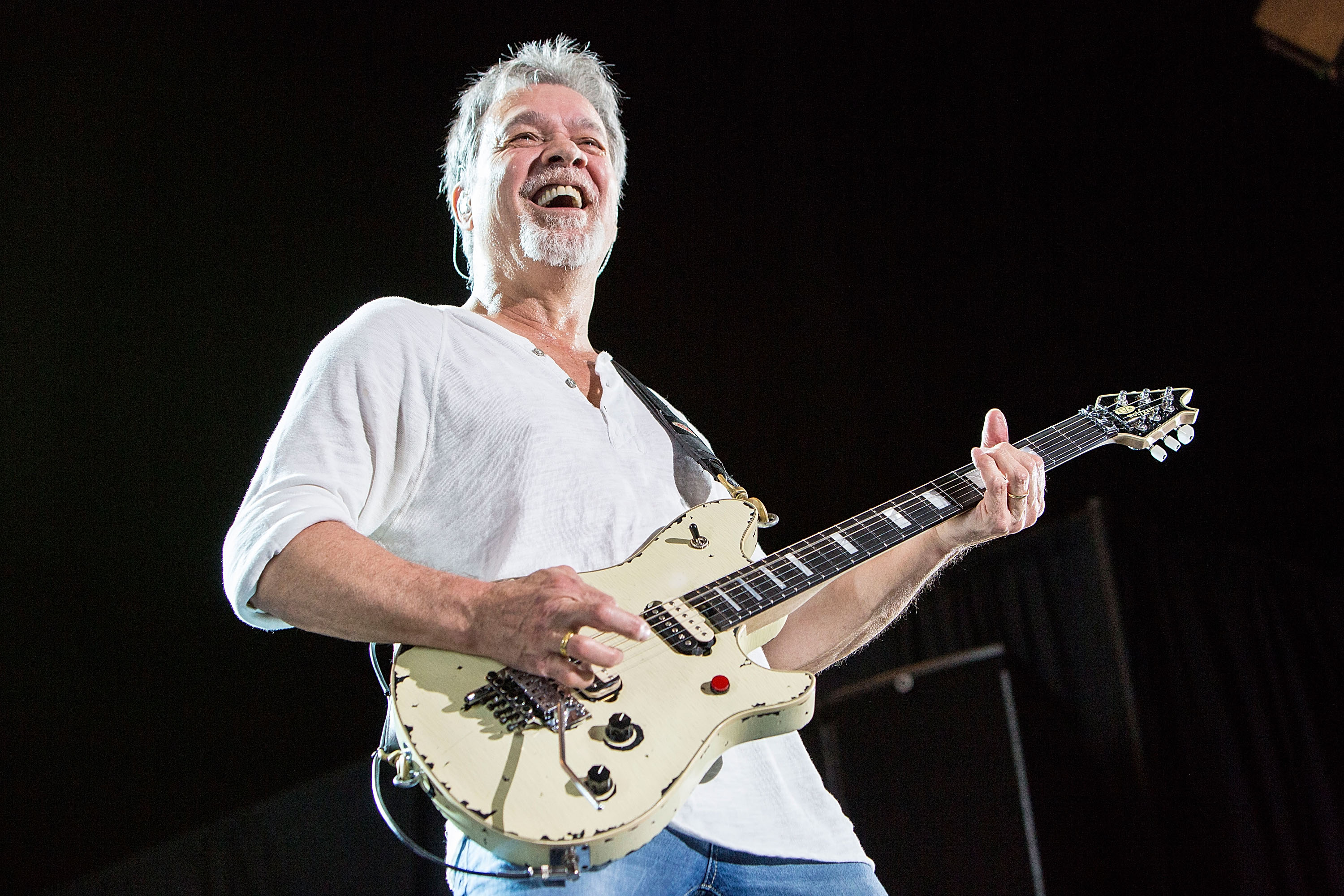 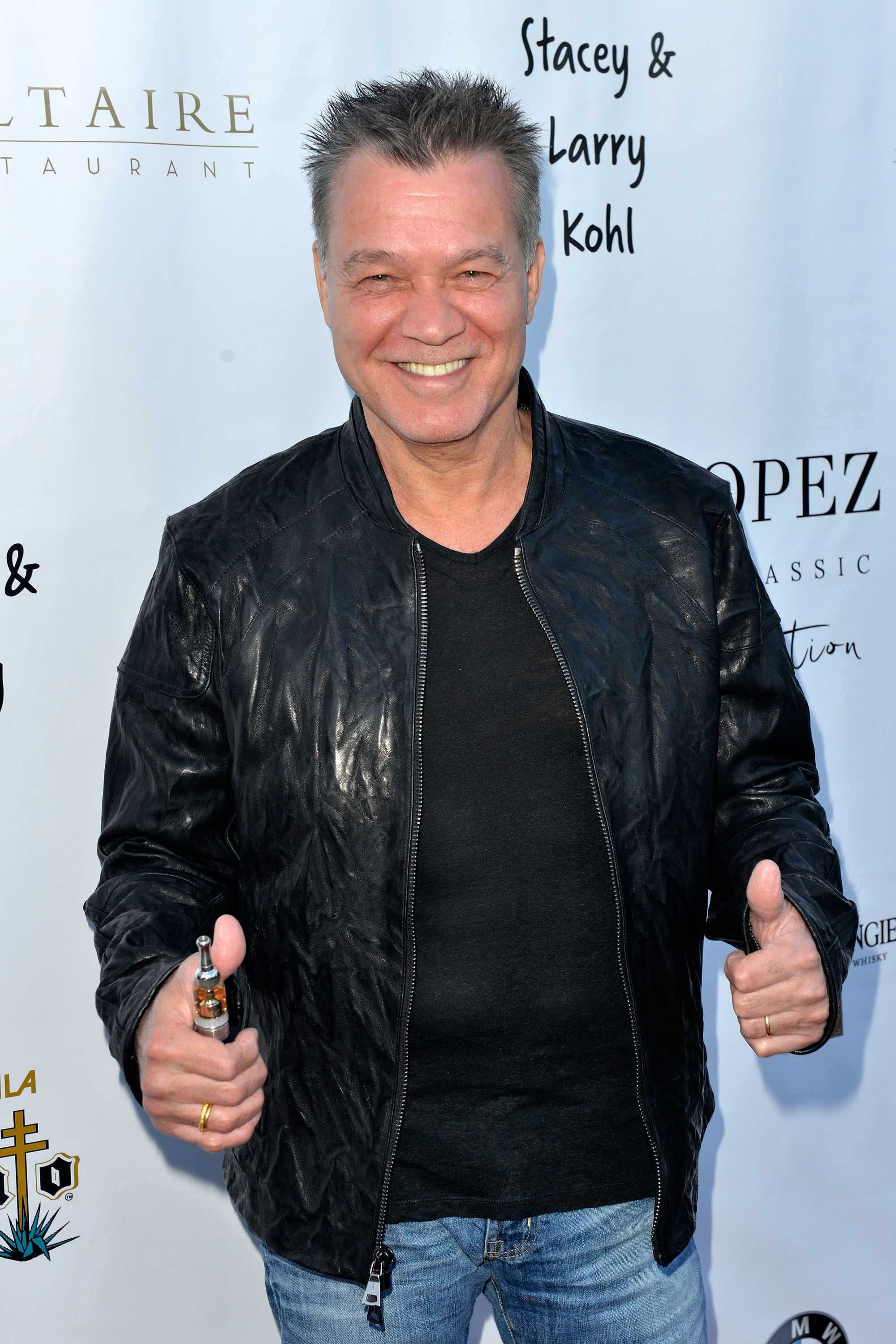 Eddie was first diagnosed with tongue cancer in 2000 and had to have a third of his tongue removed.

He was declared cancer-free a couple of years later, but TMZ reported last year that his cancer had returned, only this time it was in his throat.

The rocker had been reportedly flying back and forth between the United States and Germany for five years to get radiation treatment.

Sources told the outlet that the treatment seemed to be keeping the throat cancer in check and that Eddie was doing well, but that all took a turn after it spread to his brain and other organs.

In the days leading up to Eddie’s death, doctors discovered his throat cancer had spread to his brain, as well as other parts of his body.

Who are Eddie van Halen’s wife and children?

LEGENDARY guitarist Eddie Van Halen was married to Janie Liszewski at the time of his death and had one son Wolfgang, with his ex-wife, Valerie Bertinelli.

Eddie died on Tuesday at the age of 65 after a multi-year battle with throat cancer.

He met his first wife, Valerie, at a Van Halen concert in Lousisiana in 1980, and the two hit it off.

They got hitched the following year in California and welcomed their son, Wolfgang, a decade later, in 1991.

Valerie filed for divorce in 2005, after a few years of separation, and it was finalized in December 2007.

The Van Halen co-founder met proposed to his girlfriend Janie – an actress, stuntwoman and publicist – just the next year.

Wolfgang, who is also a musician and the current bassist of his dad and uncle Alex’s Van Halen rock group, was the best man, while Alex was the officiant. 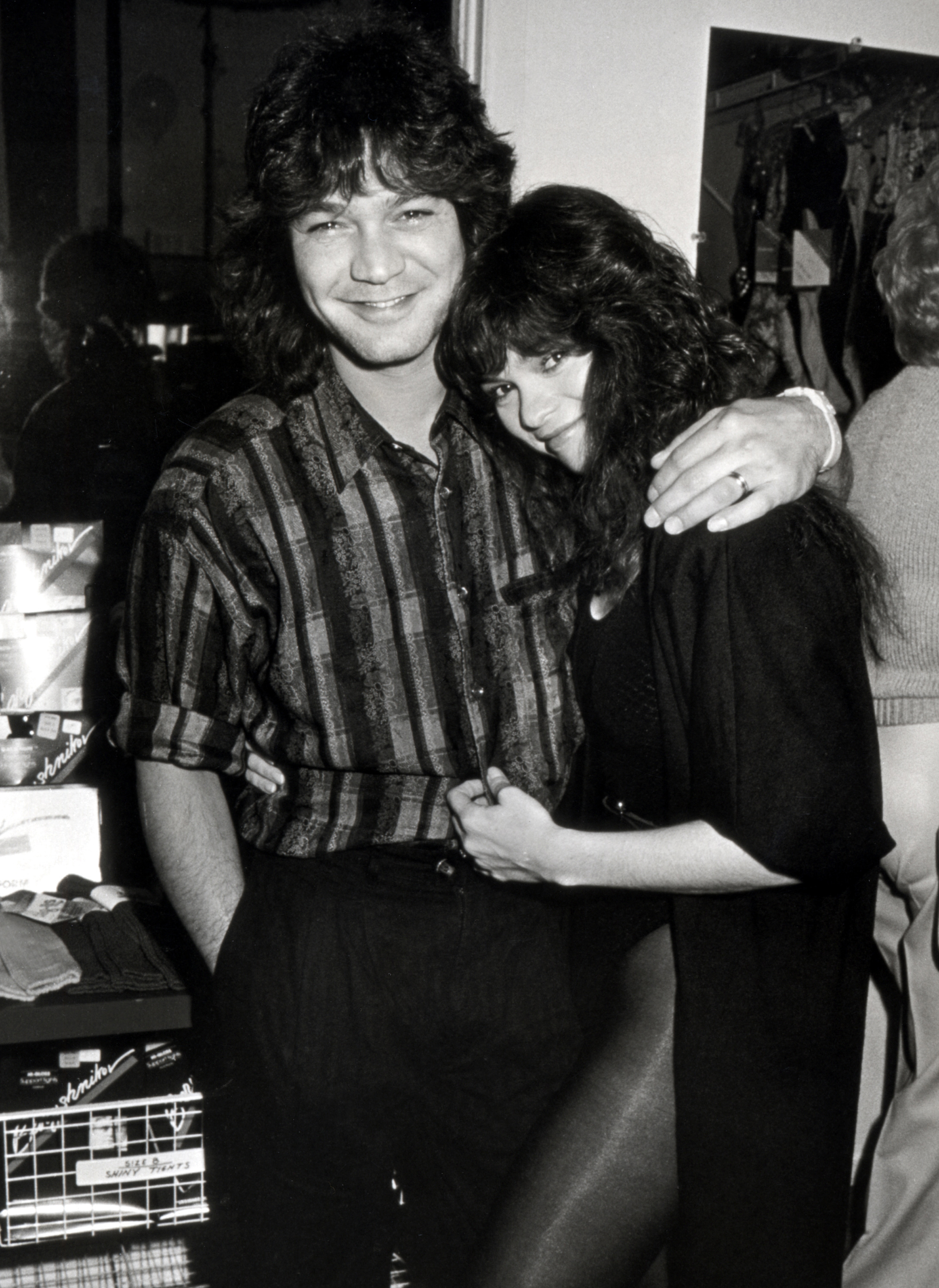 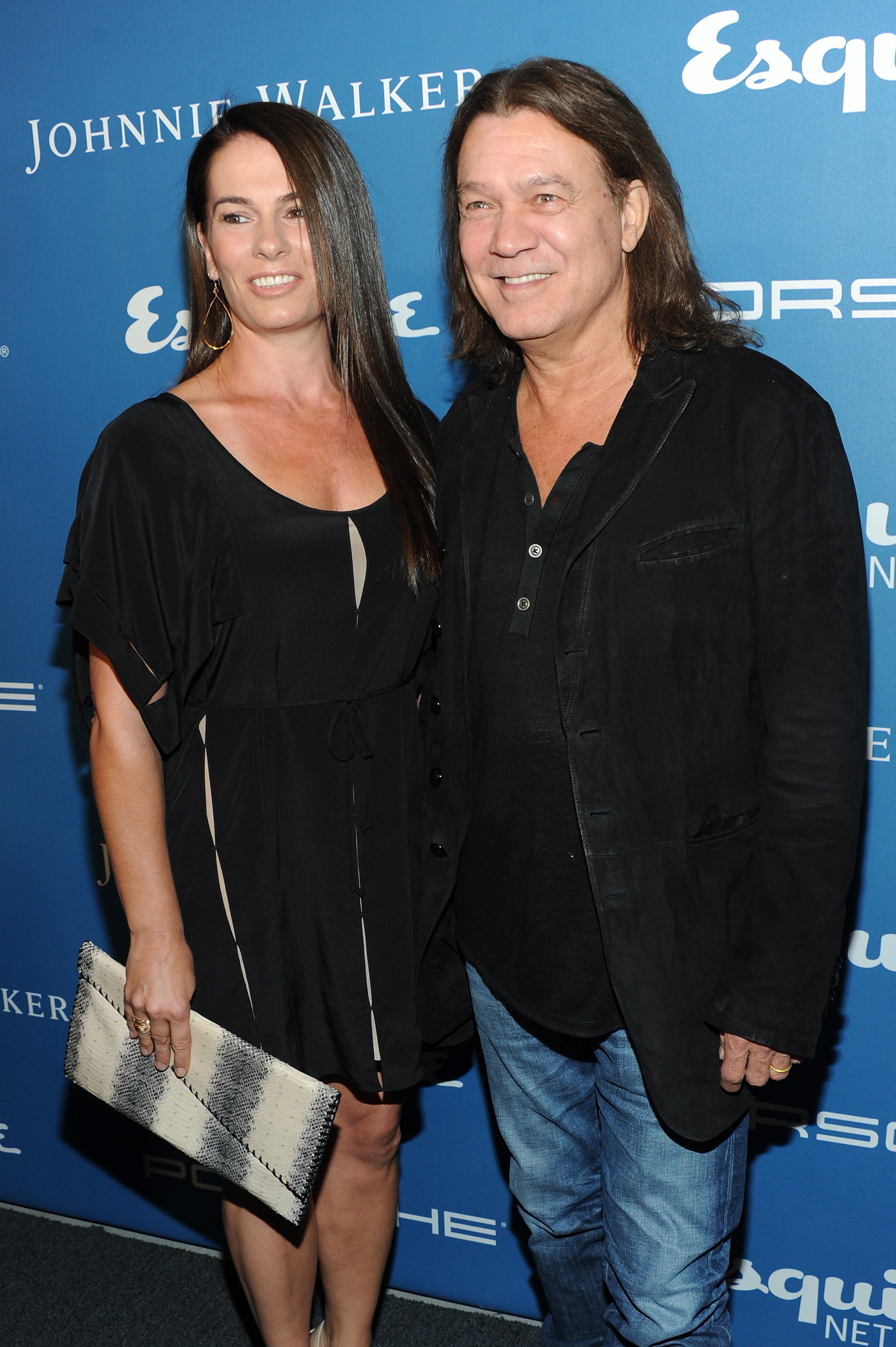 Valerie and the guitarist were married from 1981 until the divorce was finalized in 2007, and he married Janie Liszewski a couple of years later.

After forming Van Halen with his brother Alex in the early 1970s, the band went through lineup changes over the almost-40 years since.

Wolfgang joined his dad and uncle’s band as the bassist in 2006, and he’s now one of the group’s three current members, which also includes lead vocalist David Lee Roth.

Valerie reacted to her ex's passing by posting a row of broken heart emojis in response to their son's tribute before writing her own tribute. 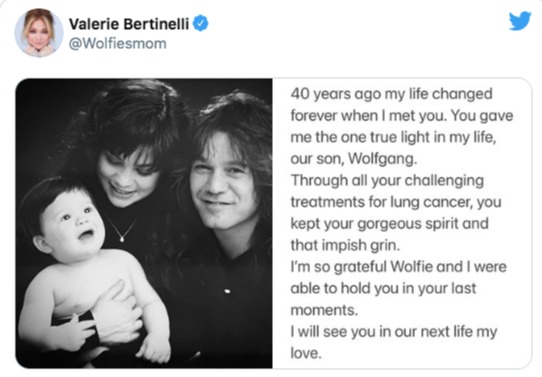 Along with a photo of the pair and a young Wolfgang, she wrote: "40 years ago my life changed forever when I met you. You gave me the one true light in my life, our son, Wolfgang.

"Through all your challenging treatments for lung cancer, you kept your gorgeous spirit and that impish grin.

"I'm so grateful Wolfie and I were able to hold you in your last moments. I will see you in our next life my love." 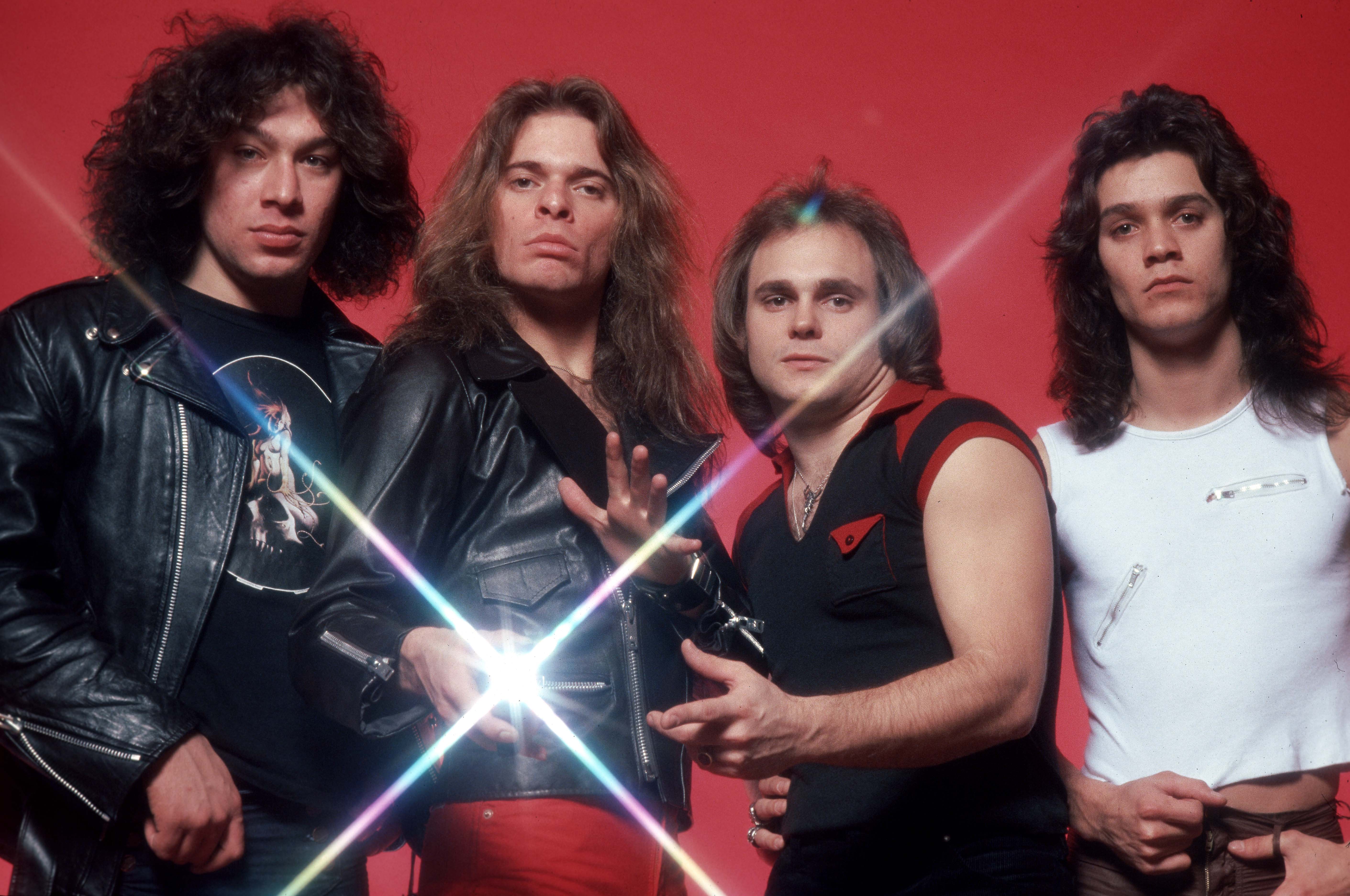 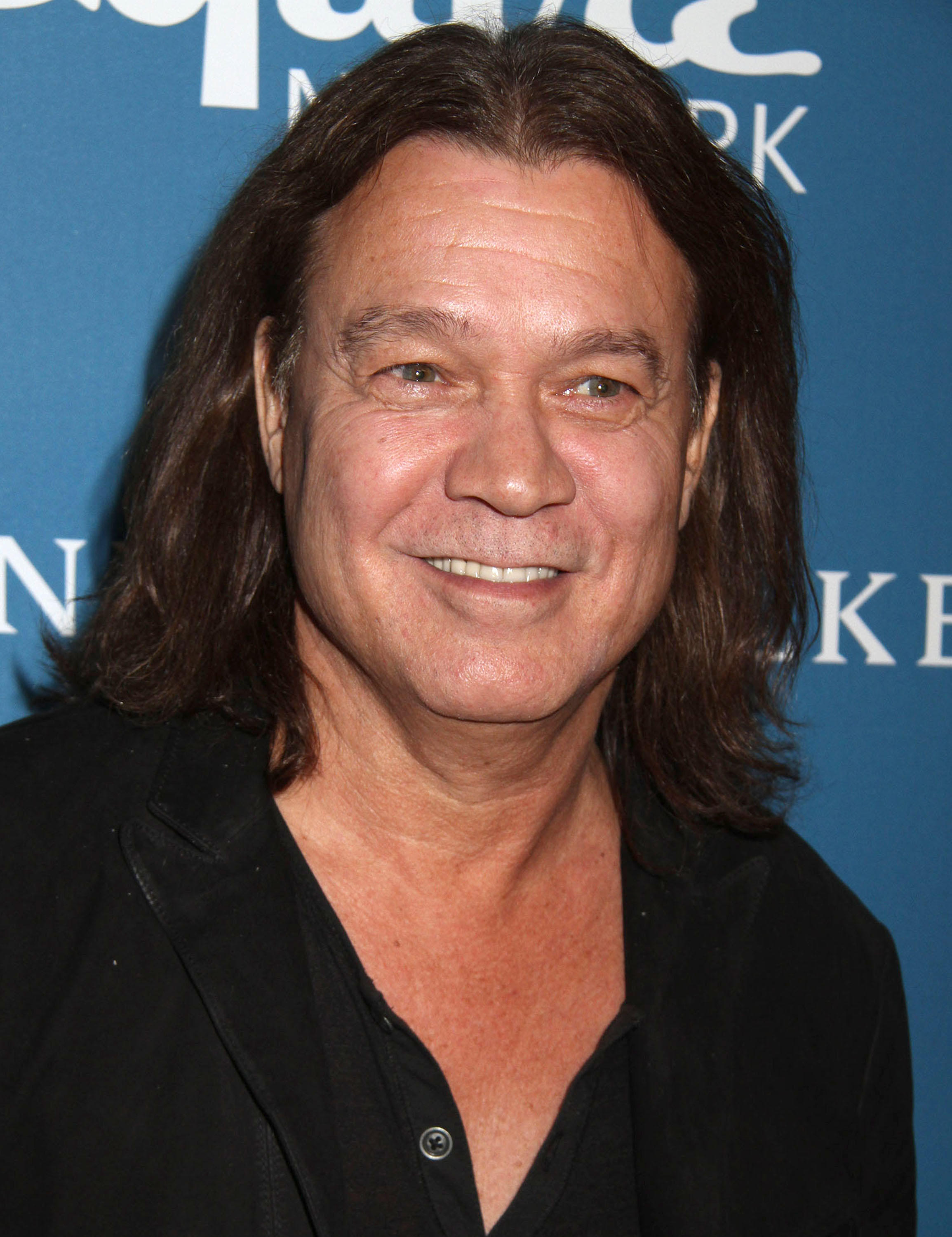 Late night talk show host Jimmy Kimmel paid tribute to Eddie by tweeting: "Two of the best hours of my life were spent chatting with Eddie Van Halen. A great musician, yes – also a funny and lovely guy who will be missed terribly. Sending love to Janie, Wolf, Alex & all those who loved him."

Additionally, Star Wars actor Mark Hamill sent his condolences to Wolfgang, adding: "But take solace in knowing that he will be long remembered and live on forever as one of Rock's most extraordinary guitar virtuosos." 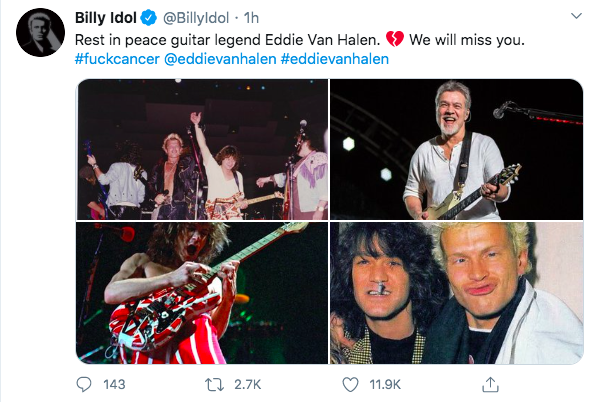