DEMI Rose has posted an eye-popping picture of herself posing in a skimpy blue bikini.

The 25-year-old then gave critics the finger – in emoji form – saying people had assumed she'd "gained weight during lockdown". 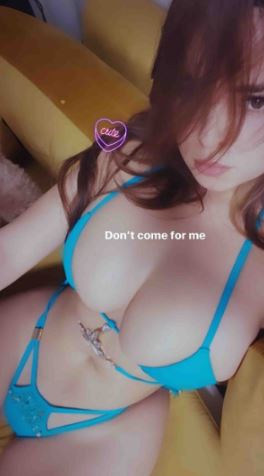 She captioned her Instagram Story: "When people assume you've gained weight during quarantine cause you wear an oversized shirt. No, I'm just pale."

The glamour model added: "Don't come for me."

Demi recently posted an impassioned rant about being "over" bodyshamers. 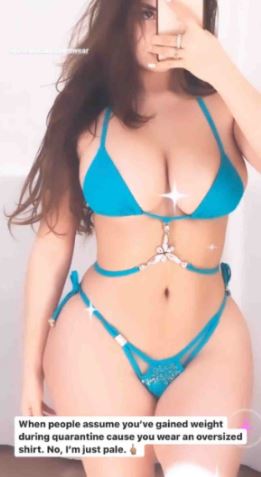 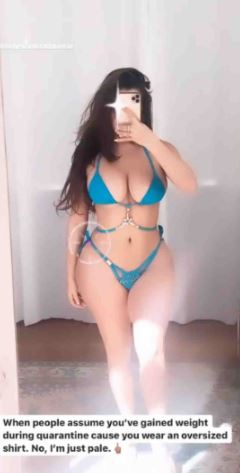 "I’m over lockdown, I’m over not being able to connect with all my friends, I’m over a lot."

A troll commented: "Ok quarantine is making you gain weight."

She also talked about battling an eating disorder in her teens in her Instagram Stories. 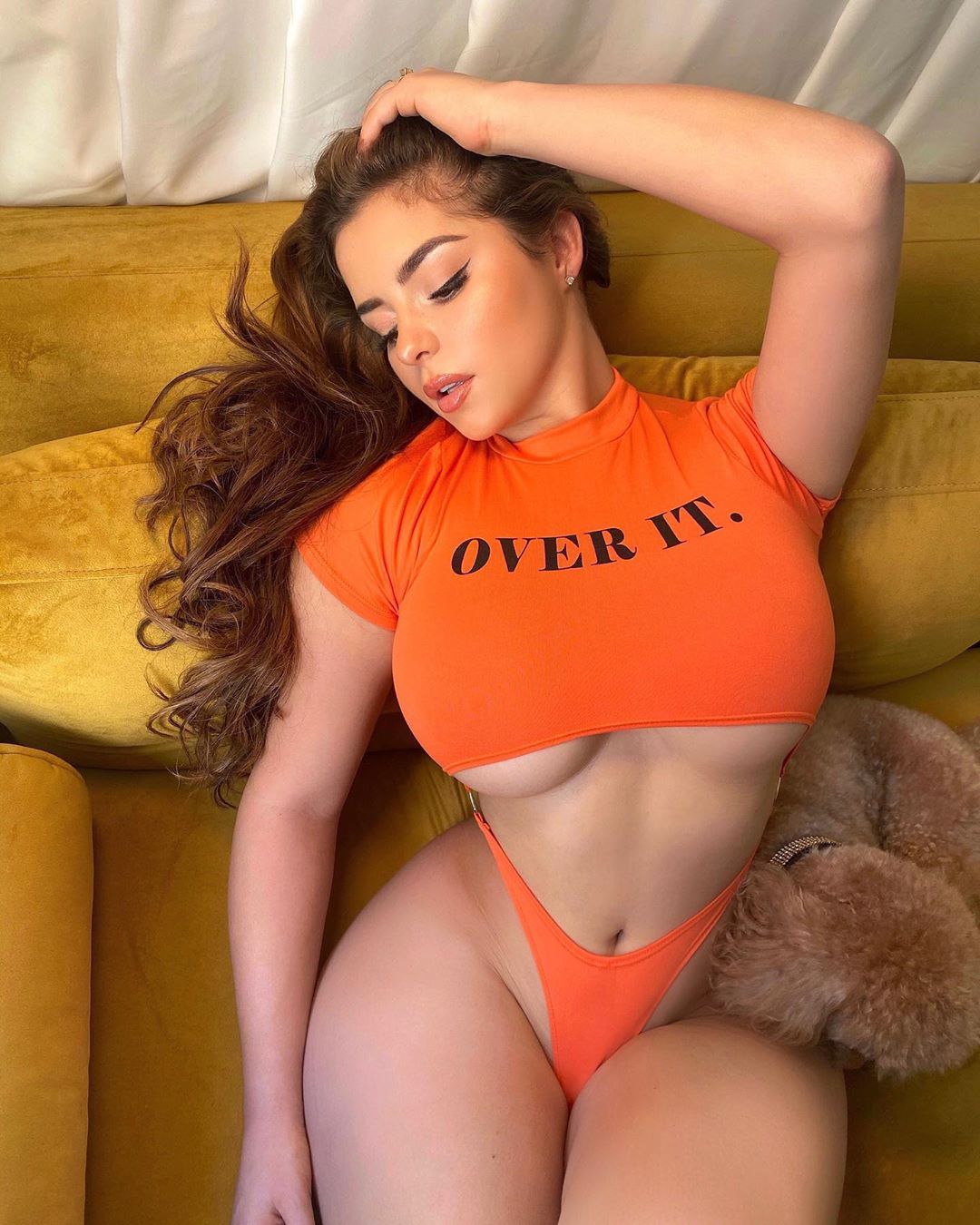 The model said: "I want to rant about people body-shaming people during quarantine. We can't go to the gym at this time and for people to make stupid comments about how people look.

"People are already feeling a certain way because we can't do the normal.

"Also I want to say that, as women, we fluctuate with our weight very often and I've had friends that have spoken to me – they might have posted a throwback and all of a sudden it's like, 'Hey, you're photoshopping yourself, you're not actually that size.'

"You're like, excuse me, maybe I was working out a little bit harder then. I went through an eating disorder when I was younger. I went down to 37kg and honestly it's not something that I need to hear, it's not." 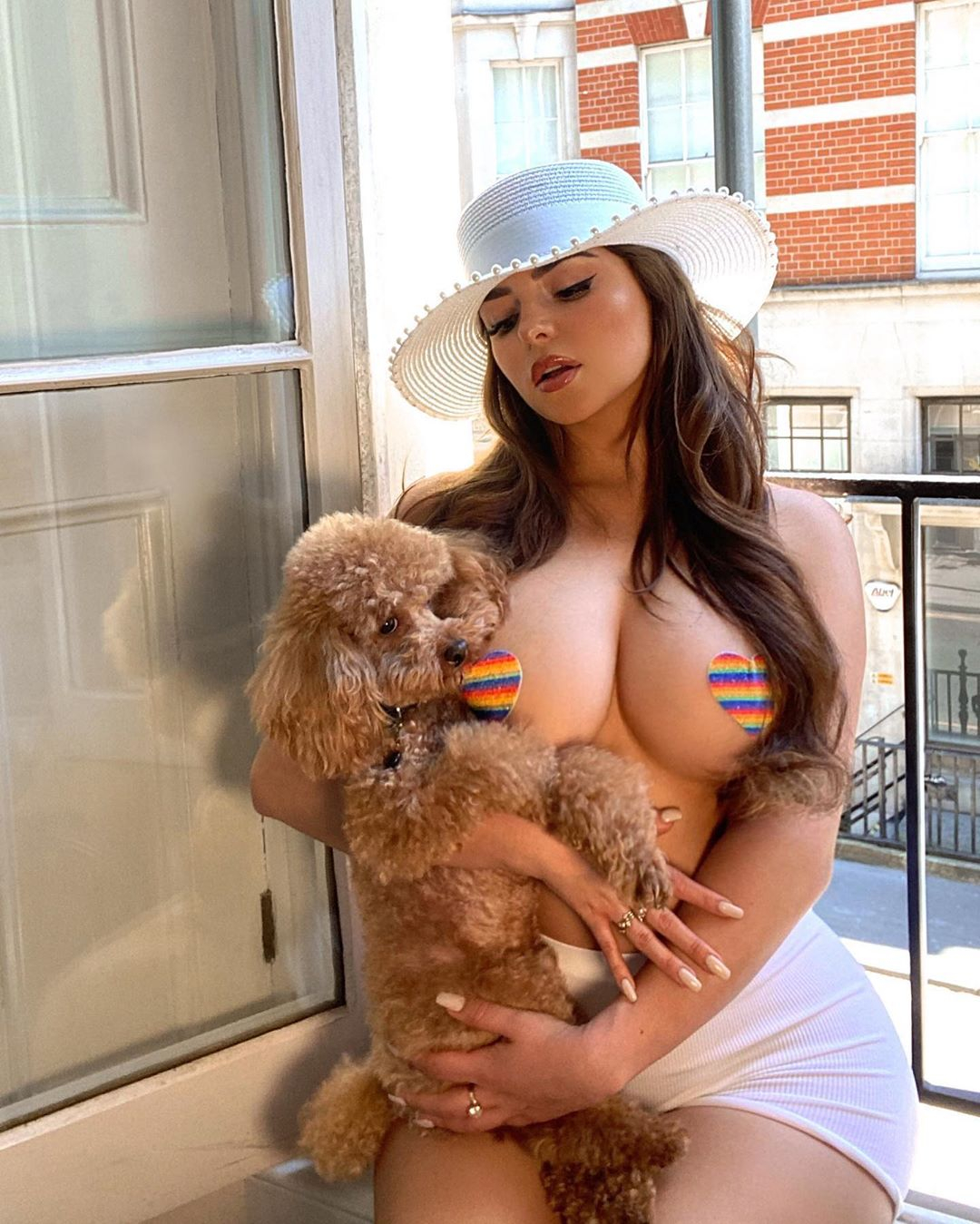 Demi concluded: "Because I love myself. I want to say one thing more – love yourself through your gains, through your losses, through every stage. Don't pay attention to what other people think."

Demi first found fame as an Instagram star after being linked to Kylie Jenner’s ex Tyga in 2016 and has since gone on to be the face of a number of swimwear brands thanks to her enviable figure.

The curvy model, who has been dating DJ Chris Martinez since 2017, revealed last month how couples regularly beg her for threesomes, but she turns them down.