Denise Van Outen hilariously recalled the moment she ‘had a go’ at Chris Martin over his ‘posh’ upbringing.

During Tuesday’s edition of Steph McGovern’s Packed Lunch the former Big Breakfast presenter explained to Steph and guest star John Whaite, that she met the Coldplay frontman and Keane’s lead singer Tom Chaplin at a wedding.

However, after a couple of lethal shots, things got a little rowdy, well for Denise anyway.

Reminiscing on the moment, she said: ‘They’re all from posh private Eton type schools and I was with my then-boyfriend, who worked in music.

‘And we were doing absinthe, and I’ve never had it before, you know at weddings you don’t eat until late, so I’m doing absinthe shots with Tom from Keane getting really really plastered.

‘Someone made a comment about my accent being a bit common from Essex, I can’t remember any of this, so I completely went on the turn and I was like you’re all a bunch of posh….’ 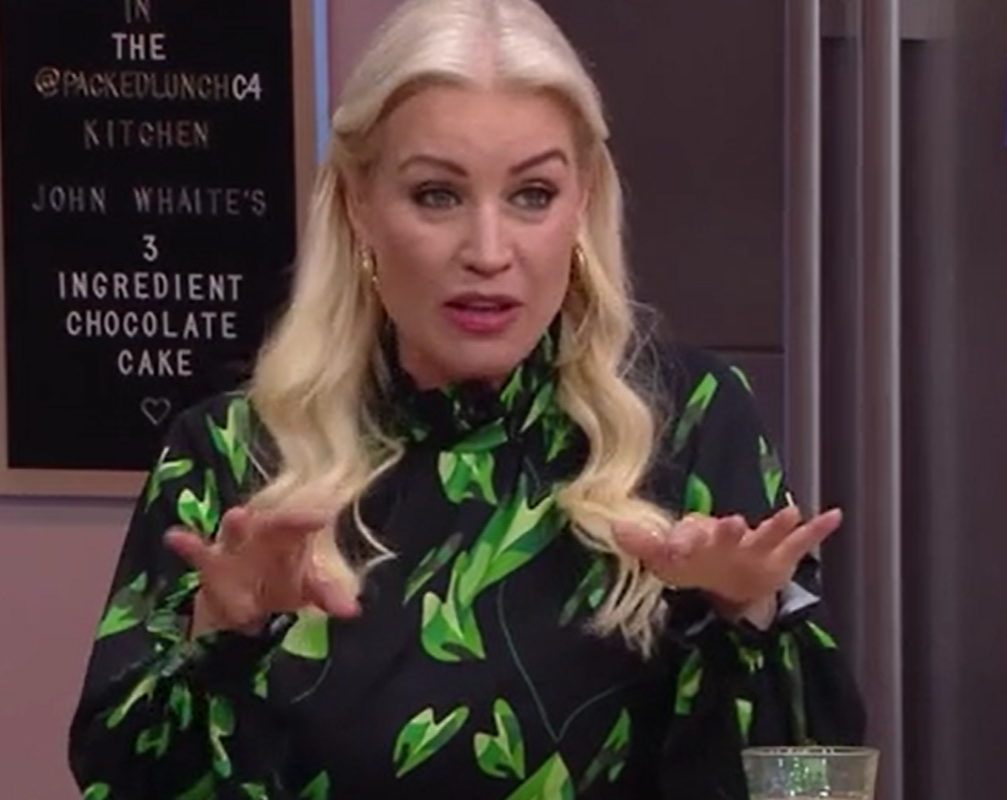 The former Dancing on Ice star said the embarrassing scene escalated so badly that her boyfriend at the time, had to take her away.

However, when Denise woke up, her partner filled her in over what went down the night before.

‘Apparently, I was having a go at Chris Martin, all of them. Terrible, shameful.’

‘It was like a big wedding full of really posh people.’

It hasn’t been a particular joyous start to the year for Denise, as she confirmed her split from her fiancé Eddie Boxshall after seven years together.

Denise announced their break-up in an Instagram post earlier this month, explaining: ‘Over the past couple of months, there has been much speculation regarding my relationship with Eddie. It saddens me to confirm that we are no longer a couple.’

She continued: ‘I had to make the difficult decision not to continue in our relationship. I will always treasure the good times we spent together, and the memories made.’

However, the star quickly bounced back after she was seen on a boat ride with friends shortly afterwards.

Steph’s Packed Lunch airs every weekday from 12.30pm on Channel 4 and All 4.