Dexter Revival: Jennifer Carpenter Confirmed to Return as Series Regular — Here's How Deb Will Be Resurrected

It’s official: Jennifer Carpenter will appear in Showtime’s forthcoming Dexter revival — and she will do so as a full-fledged series regular, TVLine has confirmed.

Additionally, Carpenter — who on Tuesday participated in a Dexter Q&A at the Television Critics Assoc. summer press tour — revealed that she will be playing a new and imaginary iteration of Debra, who was killed off in the 2013 series finale. 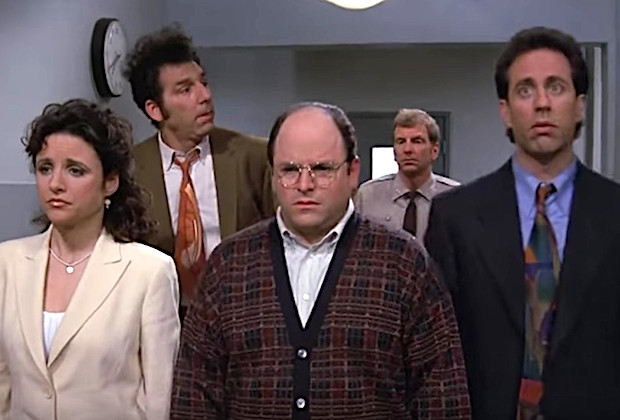 “I don’t think of her as a ghost [per se, but] more of a link or an echo or an inconvenient truth for Dexter,” the actress explained. “[She] comes back to sort of haunt and punish and caretake and provoke and love [him].”

Added Hall: “As much as [Deb] is an internalized character for Dexter, I think [she] represents how far he’s fallen… without a compass. I was so excited about Jennifer doing this because I knew she would be able to shape shift and come at Dexter from so many different places. And, of course, she did. And it was really fun to crack open our sense of [Dexter]’s internal landscape, because it’s much more pyrotechnic and crazy than it used to be.”

Rumors about a possible Debra comeback began swirling last March when Carpenter shared on Instagram a photo of herself on set decked out in Deb’s trademark horizontal stripes. And then last month, fellow Dexter vet John Lithgow — who is set to briefly reprise his role as the Trinity Killer — let it slip to Deadline that “it was just wonderful to rejoin that gang — including Michael [C. Hall] and Jennifer Carpenter and [exec producer] Clyde Phillips.”

The cast also includes Goliath‘s Julia Jones (as Iron Lake’s first Native American Chief of Police), Underground and Jane the Virgin alum Alano Miller (as an Iron Lake PD sergeant) and Lovecraft Country‘s Jamie Chung (as a famous true-crime podcaster from Los Angeles who finds herself caught up in the still-murky central mystery).

Earlier Tuesday, Showtime boss Gary Levine sidestepped questions about whether Dexter: New Blood — which premieres Sunday, Nov. 7 on Showtime — could return for another season. He did, however, assure fans that the the 10-episode event series would serve as “a proper finale for a brilliant series.”