With the release of “Venom: Let There Be Carnage,” the box office has hit a critical benchmark that, if sustained in the weeks and months ahead, could mean that theaters may soon start turning a profit again for the first time in over 18 months.

Since they reopened in the spring, major chains like AMC and Cinemark have noted in quarterly earnings reports that while steadily rising box office numbers over the summer have helped them lower their net losses so far this year, overall weekend grosses will have to consistently get to 80% to 90% of pre-pandemic levels before they are completely out of the red.

Thanks in large part to the $90 million domestic opening for “Venom 2” — a record for the pandemic era — overall numbers this weekend rose to $128 million. By comparison, the overall total for the first weekend in October 2019 was $142 million, led by the $96 debut of Warner Bros.’ “Joker.” That means this weekend is just 10% down from that pre-pandemic comp.

“This weekend could be a preview not just for October, but for November and December as well,” Comscore analyst Paul Dergarabedian told TheWrap, noting that the box office has showed signs of life in September, particularly with the release of Disney/Marvel’s theater-only “Shang-Chi and the Legend of the Ten Rings,” which opened to $75 million domestically and has grossed $206 million since its Sept. 3 launch.

“‘Venom 2’ showed that ‘Shang-Chi’ wasn’t a fluke, and the slate for the remainder of the year has plenty of titles just like those films, Dergarabedian said. “We might see the fourth quarter of this year rival or maybe even outperform the box office results we saw from June to August.”

Even better news for theaters? The momentum might be getting bigger. MGM’s “No Time to Die” has beaten box office expectations with a $113 million overseas opening this weekend (mostly in territories where Universal handled distribution). With an 82% Rotten Tomatoes score and strong social media buzz, Daniel Craig’s final Bond film could be in line for another big opening when it hits North American theaters this Friday.

After that will come films like Universal’s “Halloween Kills” and Warner Bros.’ “Dune” in the second half of October, as well as indie titles like Searchlight’s “The French Dispatch.” Combined, these films are expected to significantly raise the baseline for grosses both in the top 5 and overall, creating the week-to-week momentum needed for a consistently fruitful box office. 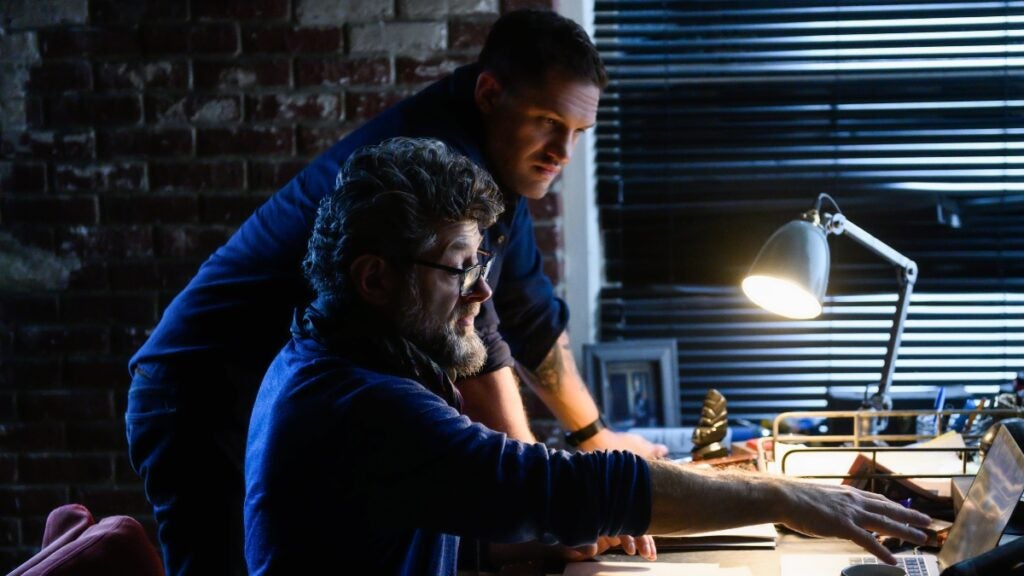 Cinemark CEO Mark Zoradi is counting on that. Thanks to “Venom 2,” Cinemark is not just reporting the highest grossing weekend for its locations since the pandemic began but the highest grosses for any October weekend ever. It’s also the strongest weekend ever for the chain’s XD theaters, a result driven by interest to see “Venom 2” on premium formats that have accounted for 23% of the film’s weekend total.

“Right now, everything is aligning for theaters. On the pandemic front, we are seeing infection rates starting to drop again while vaccine rates have been steadily increasing, improving moviegoer confidence,” Zoradi said. “Combine that with titles like ‘Venom’ and all the others that are coming up like ‘No Time to Die’ and ‘Eternals,’ we feel very confident that our predictions of Q4 being a very successful period for all our locations nationwide will come true.

As for “Venom 2,” the plethora of buzzy films could mean a tougher theatrical run. But there is a possibility that the PG-13 superhero movie could find legs. Sony is banking on “Venom 2” becoming a must-see film for comic book fans, particularly because of a mid-credits scene that already has opening night audiences going crazy on social media.

Beyond the Marvel mania, “Venom 2” might also serve the same niche that its predecessor did in October 2018: as a demented but humorous blockbuster for Halloween moviegoing. There will certainly be other titles that will appeal to those looking for something seasonal like “Halloween Kills” and Edgar Wright’s “Last Night In Soho.” But “Venom 2” could find a lane for itself as something that offers creepy monsters devouring humans without the intensity or seriousness of the more traditional horror films on offer.

“The next big test for the marketplace will be whether moviegoing interest will be enough to support multiple major films in theaters at once,” said Dergarabedian. “Right now, I don’t see any reason why it can’t, but the pandemic has always been unpredictable and you never know if one of the films coming up might get squeezed out by the competition.”

But Sony’s domestic distribution president Adrian Smith feels confident that “Venom 2” will continue to leg out despite the competition, not as a Halloween title but as a year-round blockbuster.

“In a normal situation, we could have found success with this movie at any time of the year,” Smith said. “But I think it’s a credit to the nimbleness of our distribution team that we were able to react quickly to the changes brought about by the pandemic and to find this early October release slot to maximize its success. And to continue to find success as a studio that is putting theatrical release first we will continue to be nimble.”