Disney+'s The Right Stuff: Grade It!

Disney+ blasted off into space — or at least prepared to — with Friday’s premiere of the Mercury Seven series The Right Stuff. But are you along for the flight?

Before you chime in with your thoughts, a brief recap of the first half of the two-episode premiere and its major players: The drama begins with a tension-filled scene on May 5, 1961, aka the day the first American man would be launched into space. Astronaut Alan Shepard (played by Limitless‘ Jake McDorman) accuses his Mercury Seven teammate John Glenn (Suits‘ Patrick J. Adams) of going behind his back.

Cut to 1959, when the NASA program is just getting started and its leaders, Chris Kraft (Bosch‘s Eric Ladin) and Bob Gilruth (Once Upon a Time‘s Patrick Fischler), are looking for the nation’s best test pilots to be its astronauts. Russia is far ahead of the Americans in its space endeavors, so Kraft and Gilruth need to proceed quickly and smartly. Unfortunately, one of the characteristics of being a test pilot is a tendency to prematurely die, so that eliminates quite a few candidates on their list. But there are still some promising hopefuls, mainly Glenn, a pilot for the Marines who is looking for a new adventure and to make a name for himself after reaching an age where there isn’t much more on the horizon for him as a Marine. A devoted husband to his wife Annie (Grey’s Anatomy‘s Nora Zehetner) and a non-drinker, Glenn is a clean-cut guy who shakes his head as his fellow pilots booze it up and sleep around. 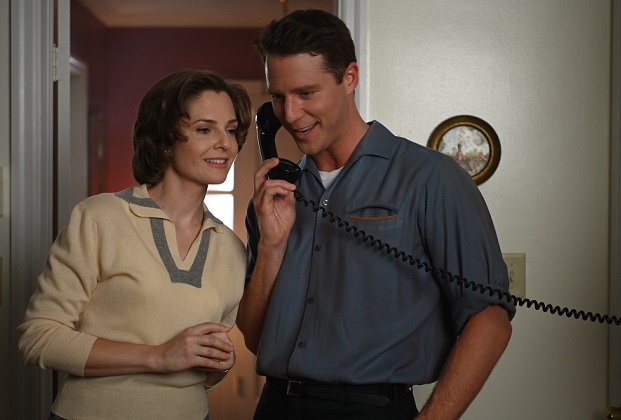 Although married to Louise (The O.C.‘s Shannon Lucio), Shepard is the biggest flirt of the bunch, as well as a cocky rule-breaker who knows just how good of a Navy pilot he is. In fact, he doesn’t think he’s going to be selected as one of the Mercury Seven. He thinks he’s going to be the first man in space, he confidently tells Glenn. That’s after he almost misses his chance and shows up late for the first recruitment meeting, after which the men are put through a series of tests to whittle down the pool. 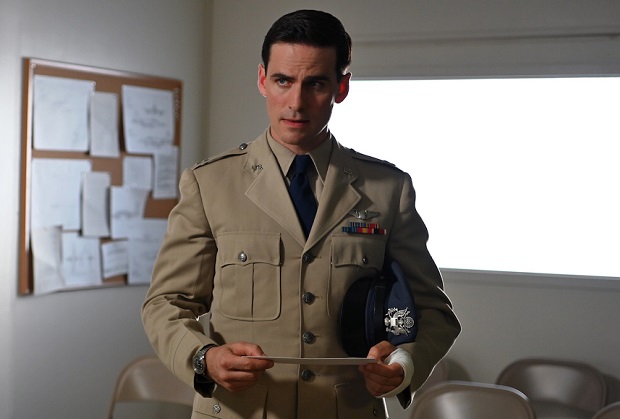 Then there’s Gordon “Gordo” Cooper (Once Upon a Time‘s Colin O’Donoghue), a United States Air Force pilot who very much wants to be part of the Mercury program, but there’s a problem: He and his wife Trudy (Chicago Fire‘s Eloise Mumford) are separated, and NASA is looking for men with stable families. So Gordo convinces Trudy and his daughter to come back home and put on the façade of a happy marriage.

What did you think of The Right Stuff‘s premiere? Grade it below, then hit the comments!