“Divorce” Season 3 is very nearly a parody of its former self. What was a biting black comedy when it premiered in 2016 is now an accessible, easygoing pseudo-comedy.  The players remain the same, but Frances (Sarah Jessica Parker) and Robert (Thomas Haden Church) are coasting through their post-divorce lives just as the season coasts to a less-than-fulfilling conclusion. No longer an insightful examination of a failed marriage, Season 3 is a shoulder-shrug emoji expanded over six uneventful half-hour episodes.

How little happens cannot be emphasized enough, and with that in mind, HBO’s Monday confirmation that the third season would be the series’ last should be a welcome announcement. Instead, knowing what happens this season (or doesn’t happen) only amplifies a growing concern. As the age of Peak TV pivots into the era of the Streaming Wars, marking an increased pressure on content providers to provide even more content, some shows will exist just to fill the void — even if they’re a void in and of themselves.

“Divorce” wasn’t always an innocuous vacuum, so what happened? Created by Sharon Horgan, the comedy got off to a rocky start with iffy reviews (Season 1 averaged a 60 rating on Metacritic), so-so ratings (averaging just over 600,000 linear viewers), and not enough awards love to compensate (one Golden Globe nomination for star Sarah Jessica Parker, which wasn’t duplicated at the Emmys). Season 1 wasn’t what “Sex and the City” fans expected from Parker, but it was far from a catastrophe. Horgan’s latest snagged an early renewal midway through Season 1’s run, offering a chance to course-correct.

Seen as too dark, slow, and lacking in humor — black or otherwise — Season 2 got a makeover: more “hope,” more “forward momentum,” and a “brighter” palette were given to the black comedy, morphing it into a more approachable story, yet still one grounded in turmoil. As Frances and Robert dealt with the nuts and bolts of their divorce, be it legal proceedings or financial issues, Season 2 tried to keep its leads focused on the future. Robert shaved his mustache and met a new lady. Frances opened her dream gallery.

But it was too late. The culture had moved on. Reviews for Season 2 improved, but only 12 critics bothered to write about it, compared to the 61 who covered Season 1. Ratings dipped (linearly, at least — no stats are available for HBO NOW views), and it made no headway on the awards circuit. “Divorce” seemed dead in the water. Failing to achieve wide recognition or cult status, it felt doomed to cancellation, like HBO did after two seasons of “Togetherness,” “Looking,” and even “Enlightened” — shows that had some critical support, but weren’t clicking elsewhere. 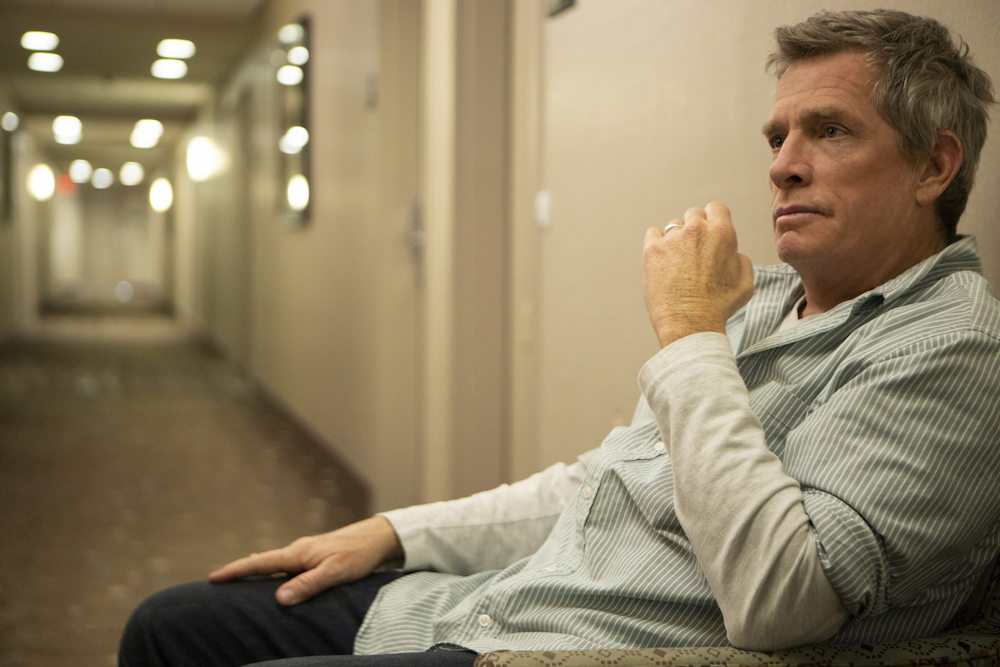 And yet, here we are: Season 3. Following an eight-month wait between the end of Season 2 and a renewal, “Divorce” landed its lowest episode order to date (six, down from eight in Season 2 and 10 in Season 1). It also got its third new showrunner in as many seasons. Liz Tuccillo took over for Jenny Bicks, who ran Season 2 after Paul Simms guided the inaugural voyage. (Horgan is the official creator, but hasn’t had an episodic writing credit since the first season.) The top-level turnover shows, yet again, where it counts: onscreen. As episodes wander from topic to topic, question to question, little answers are provided, and Season 3 feels like an ending from someone who wasn’t that invested in the original premise.

Frances (Parker) begins the season looking for work, after her gallery burns down and she can’t afford to start it up again. One might think this would lead to an exploration of what it’s like to be a penniless single parent in an expensive big city, but Season 3 skirts that in favor of a meaningless, go-nowhere turn of events: Frances gets what must be an hourly gig at a bird preservation society. Why? After six episodes, I still don’t know — perhaps to see Frances fall down a leafy hill?

She’s certainly not destined for a life devoted to our skyward feathered friends, nor does Robert (Church) find new purpose coaching girls basketball, flipping houses, or in his new marriage. That final topic can’t really be touched upon without spoilers, but it leads to zero significant revelations. If “Divorce” Season 3 is trying to say anything, it can be summed up by the tagline “Together. Forever.”, which indicates that just because a couple gets divorced doesn’t mean they’re out of each other’s lives, which is a sentiment well-covered by previous seasons.

Tonally, “Divorce” is best described as disinvested. It’s not lighter, per se, but there’s no sharp tongue. Frances isn’t chucking bricks through Robert’s window, and Robert isn’t parading his new girlfriend in front of his ex-wife. There’s no backstabbing or, on the flip-side, a rekindled flame. Creative risks are as absent as character conflict. These two people merely coexist, running errands, trading off parenting duties, and occasionally sharing a meal. Season 3 is pleasant enough, but it has nothing to say. Whether you just started watching or have been hanging on since the pilot, the series finale provides zero closure, leaving things in a similar place as Season 2 and suggesting that divorces just kind of go on forever, so why bother talking about them anymore? 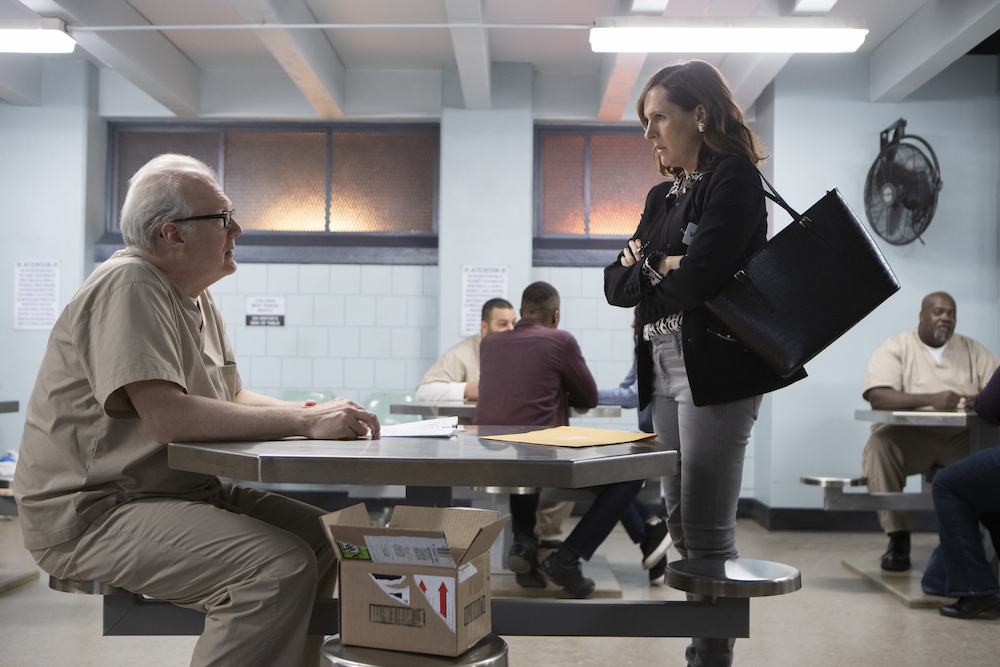 So, if not to answer lingering questions or take a big swing at reinvention, why does Season 3 exist at all? It boils down to business, with one reason being a talent play to keep two creative partners happy. As was highlighted in Deadline’s story confirming its final season, the former “Sex and the City” star’s production company, Pretty Matches Productions, has a first-look deal with the network, meaning both parties are invested in keeping the other happy. If Parker wants another season to wrap-up “Divorce,” and HBO needs to fill programming space, it’s in their best interests to come to an agreement…if not in the best interest of the audience.

Another reason for making these new episodes is, simply put, to feed the beast. Fans may notice that “Divorce” debuts on a Monday night, rather than the Sunday timeslots reserved for prestigious HBO fare — hell, reserved for almost all HBO originals up until a few years ago. Since Time Warner was acquired by AT&T, HBO has been under a mandate from its new owners at WarnerMedia to produce more content. That means ambitious new dramas like “Euphoria” as well as superhero franchises like “Watchmen” and Joss Whedon’s “The Nevers.”

But it also means a third season of “Divorce.” Streaming services need subscribers, and as more and more streaming services fight for what’s widely seen as a limited number of subscription dollars, each provider needs to offer a steady flow of content. For HBO, that means expanding linear programming to Monday nights (as they did very successfully with “Chernobyl”), which means they need content to fill those nights. Simultaneously, each service is trying to build up libraries of enticing options with famous faces (like Parker and Church) for curious subscribers to click on. If there’s a dearth of choice or lapse in new releases, people could feel they’re not getting their money’s worth and cancel.

This glut of content also makes viewers dependent on each service as a source of entertainment; if HBO makes more content, and subscribers watch that content because they’re already paying for it, then the cycle will continue sans curation. The content itself doesn’t really matter — it just needs to exist.

That’s what “Divorce” Season 3 feels like: like what a hypnotized character in “The Twilight Zone” or “Black Mirror” would watch as the aliens drain their bodies’ energy source. There’s nothing they can do. They want to finish the series, even if it’s not the series they started. As the streaming wars ramp up, expect to see more shows like it — not from HBO, per se, but from anyone who’s fighting for their share of the market by providing more bang for your buck.

On the plus side, final seasons become more valuable and creators are given the opportunity for closure. On the negative side, there’s going to be far more shows to watch than are worthy of watching — which may have been the case for a while, but it may only get worse. Right now, it’s a third season of a little-watched HBO comedy. Later, it could be yet another revival, a movie spin-off, or a reboot of another once-enjoyable property. Prepare to choose wisely, dear readers. The only way out is to divorce yourself from empty content.

‘The Office’ Producers Are Creating A New Comedy Inspired By Your Zoom Meetings
We and our partners use cookies on this site to improve our service, perform analytics, personalize advertising, measure advertising performance, and remember website preferences.Ok