There’s one accessory that no Doctor can leave the TARDIS without, and new Doctor Who star Jodie Whittaker is no exception! Of course, we’re talking about the sonic screwdriver.

Whether it’s unlocking any door in the galaxy (unless it’s wooden), setting off electric sparks at exactly the right moment or holding off Daleks with the threat of making their saucers go kaboom, the sonic screwdriver always comes in handy. 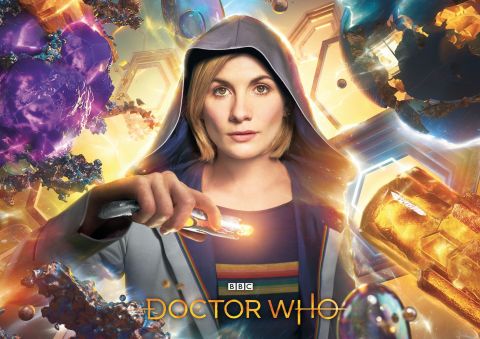 And just like the Time Lord herself, the sonic screwdriver regenerates with every new Doctor. Doctor Who producers offered a sneak peek at Jodie Whittaker’s version in a new poster released for Comic-Con International, which you can see above.

Fans, and media including Digital Spy, also got a chance to see the yellower-than-usual sonic in person when Jodie brought it out during the cast’s panel in Hall H on Thursday (July 19).

Doctor Who fans will soon be able to buy their own eight-inch replica version designed by Arwel Wyn Jones for Seven20 and Character Options, which will be on sale from early August from BBC America Shop in the US and Forbidden Planet in the UK. 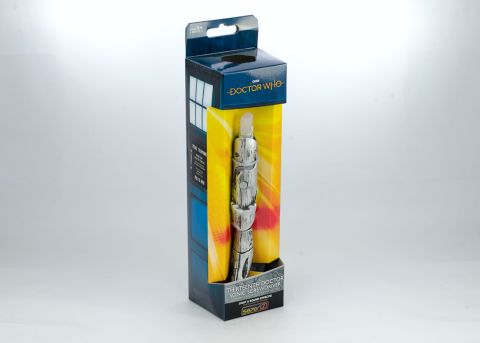 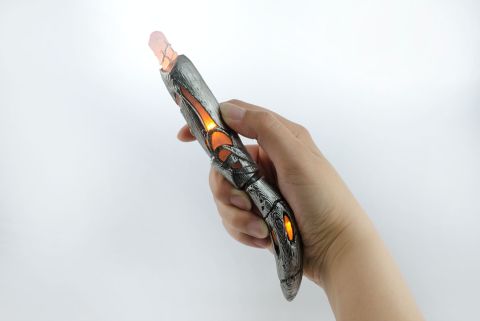 The screwdriver was one of the few reveals offered to fans, since a teaser released during the panel offered no actual shots of the new TARDIS or any glimpses of the monsters that The Doctor and her new friends will face.

Showrunner Chris Chibnall explained during the panel that there has been an enhanced air of mystery around Doctor Who this year in hopes of enticing new fans (via The Hollywood Reporter).

“It’s really so that we can get it to you guys and everyone else in the world at the same time all polished… I really love television when it’s a communal experience… I want you guys to all be talking about it at the same time, and we have things you’re not going to want to be spoiled for.”

Chibnall has also confirmed to Digital Spy that there will be no two-part stories in the upcoming series, and that a Christmas special is definitely in the works for this year.

Doctor Who’s 11th series will premiere on BBC One in the UK and BBC America in the US this autumn. Watch the new teaser below: