Does Princess Charlotte Use Her Royal Title at School? 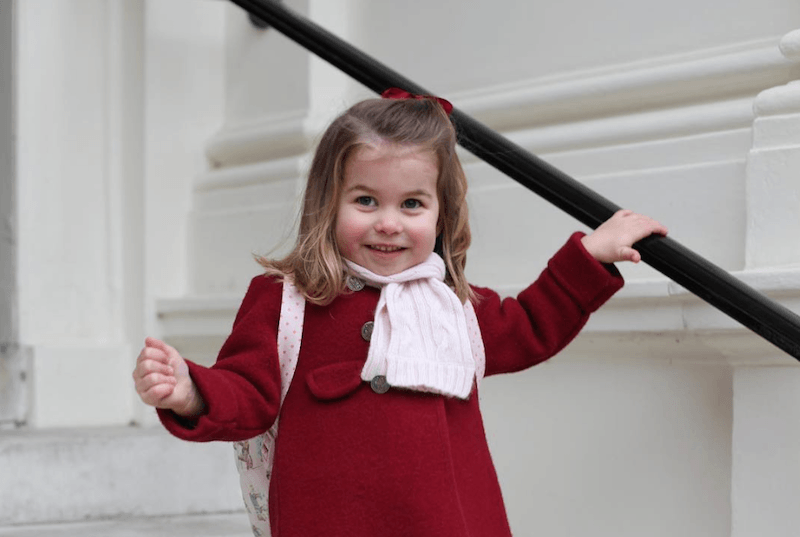 The young royal could also one day inherit her Great-Aunt Anne’s royal status. As the eldest (and only) daughter of the future monarch, Princess Charlotte could become Princess Royal once Prince William ascends the throne. However, in order for the title to be made available, Princess Anne — the current title holder — would have to pass away.

Although they do have one, last names aren’t really a thing in the royal family. According to the royal family title rules, those with His or Her Royal Highness tacked onto the beginning of their title don’t require a last name. But, since most young royals attend school and occasionally work with non-royals, they choose to use the royal family’s last name or a variation of their own official titles.

What is Princess Charlotte’s last name? As it turns out, she has a few options. Princess Charlotte could choose her family name, Mountbatten-Windsor, as the hyphenated surname reflects all those that descend from Queen Elizabeth II and Prince Philip.

That said, she has another option to choose from, too. In addition to Mountbatten-Windsor, Princess Charlotte can use her official title as a last name. Since Prince William, Kate Middleton, and their children all share similar last names (Prince William and Kate Middleton are the Duke and Duchess of Cambridge and their children are the Princes and Princess of Cambridge), they can use Cambridge as a surname to distinguish themselves from other members of the royal family and better blend with the public at school and work.

What do Princess Charlotte’s classmates call her?

Right now, Princess Charlotte has no idea that she is a royal princess — and Prince William and Kate Middleton plan to keep it that way for now. Avoiding the topic is a large part of their game plan for ensuring she (and her brothers) get to experience a more normal childhood. So, instead of registering her as The Princess Charlotte of Cambridge, Prince William and Kate Middleton make sure her classmates — who are probably too young to understand Charlotte’s status — call her something less grand. What do Princess Charlotte’s classmates call her? According to reports, the little princess goes by Charlotte Cambridge at school.

Much like her father, it is unlikely that Princess Charlotte will ever use her royal title in a school setting. Instead, she will go by a last name that reflects her royal title and family status. For now, she is Charlotte Cambridge, but once Prince Charles ascends the throne and Prince William becomes the Prince of Wales, she could change her name to Charlotte Wales.