After many months of near-painful speculation, the news all Downton Abbey fans have been waiting for has finally been confirmed. Yes, the film is officially happening!

The hit period drama’s return was announced in a Facebook post this afternoon (July 13), where it was confirmed that production on the film will begin this summer.

Which is, well, right now.

“Welcome back to Downton! We’re thrilled to announce that Downton Abbey is coming to the big screen,” the announcement read. “Film production begins this summer.”

Deadline is reporting that the adaptation will welcome back the original cast, including Dame Maggie Smith, Michelle Dockery, Hugh Bonneville and more in their upstairs/downstairs roles.

Series creator Julian Fellowes has written the screenplay for the Crawley family’s big-screen adventure, while Brian Percival – who took charge of the pilot – is set to direct. 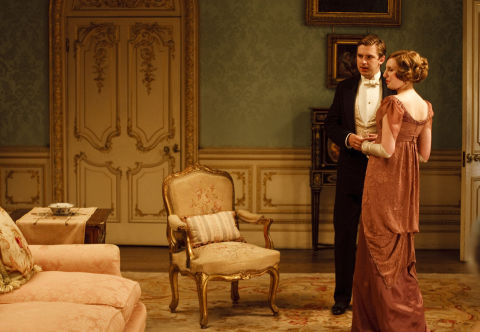 The Downton cast has been throwing cold water on the idea of a movie for a while now, with Joanne Froggatt (who played Anna Bates in the series) previously admitting that getting the whole group together had been “tricky”.

“There has been a lot of goodwill from all of us, but logistically, it’s a bit of a minefield. It’s very difficult to get 22 actors together,” she said last year.

Fortunately, it seems as though the Downton team has overcome the odds. So erm, can we forgive them for ruining our Christmas all those years ago now?

Travis Scott death hoax: The rapper was not found dead at home

Hugh Grant Reveals Lead Role Offers Dried Up After He Developed a “Bad Attitude”
We and our partners use cookies on this site to improve our service, perform analytics, personalize advertising, measure advertising performance, and remember website preferences.Ok