Drama is the new black: How Aunty and SBS upstaged our commercial networks

When Netflix arrived in Australia, in 2015, scrutiny fell upon our commercial networks. How could these ageing broadcasters compete with a cheap, ad-free streaming service? Would Seven, Nine and Ten now mimic their newest foe? So far, the answer is: not really.

While the Netflix-versus-commercial-TV battle dominated the headlines, our public broadcasters used this to their advantage, mounting a quiet revolution. Both ABC and SBS have met the challenge head-on, cherry-picking the best features of subscription video-on-demand (VOD) for their free streaming platforms.

"People who aren't watching broadcast television are watching subscription VODs," says Sally Riley, ABC's scripted content chief. "They're hunkering down and watching shows they can binge. There's a whole audience we're not capturing through our broadcasts – but we do want them to watch our shows." 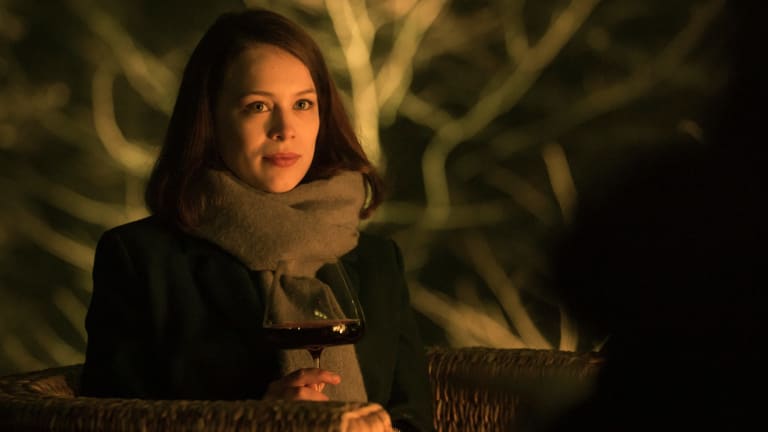 Sport, news and reality have short shelf-lives, which is why commercial networks – desperate to maximise their TV ratings – prefer these genres. Drama, in contrast, is particularly suited to on-demand bingeing. It doesn't matter if you haven't seen Orange is the New Black; it's as enjoyable now as it was five years ago.

This creates a dilemma for commercial channels. If they make their dramas easily available online, like Netflix, they might reach bigger audiences. But if their catch-up services are too attractive, fewer people will watch these dramas on TV – and they'll make less money.

Unencumbered by commercial pressures, ABC and SBS are (in theory) free to give the people what they want, when they want. To the extent they're already doing this, it seems to be working.

ABC is Australia's fourth-ranked free-to-air network but its iview VOD service is No. 1, claiming an astonishing 35 per cent audience share. Even compared with its paid rivals, iview is second only to Netflix. And while SBS has fewer viewers than any other local network, its On Demand platform punches above its weight. 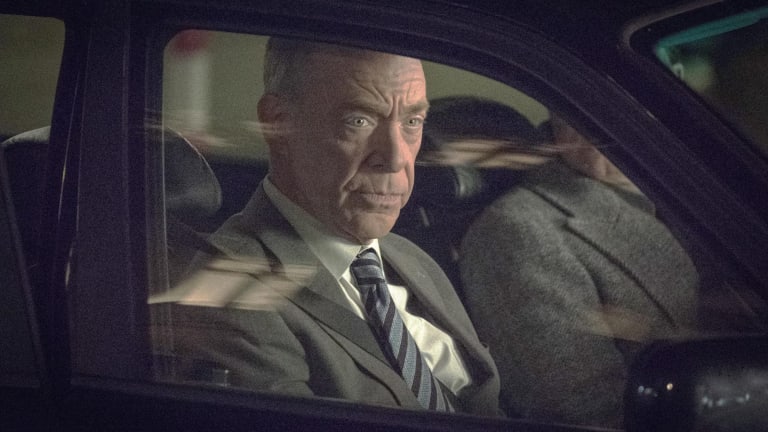 The six-part series is an expensive Australian production, starring Judy Davis and Aaron Pedersen. In other words, it's a "flagship" drama; the kind likely to attract big TV audiences. No surprise it enjoys one of the best spots in the schedule: 8.30pm on Sundays. But as the first episode went to air last week, ABC put the entire season on iview. 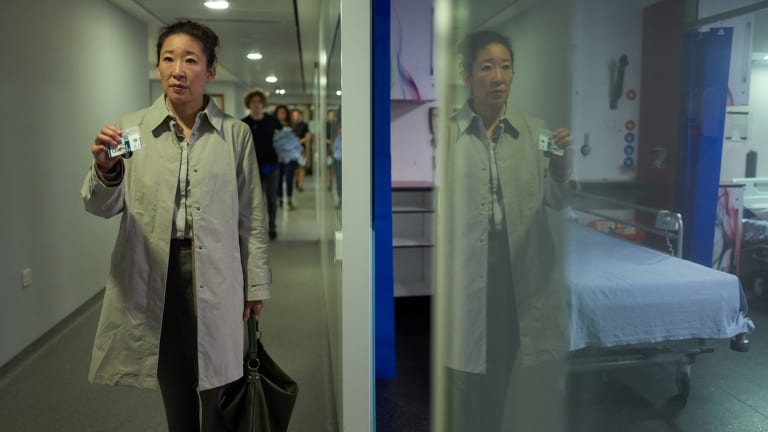 Sandra Oh has her first lead role in Killing Eve.

For Riley, it doesn't matter where people see it – as long as they do see it. "We count both audiences," she says. "Broadcast is declining [across the industry] and we're trying to stem the flow by providing content on iview."

Privately, ABC managers insist that maintaining healthy broadcast audiences is vital, lest politicians use dwindling ratings to justify further budget cuts. Yet the average age of ABC's TV viewership is 66 – higher than our average retirement age. If younger people prefer to binge-watch drama online, Riley is happy to oblige them.

Australian series Harrow, she says, delivered the best of both worlds: "It brought that crime audience [to the main channel] on Friday nights but it also tapped a younger audience on iview. That's the sweet spot for us."

When iview launched in July 2008, it was billed as a catch-up website; its homepage dominated by the shows "you missed last night". When it relaunches later this month, catch-up will be a smaller part of what's intended to be a "standalone service". Programs will be grouped into entire seasons, and what you watch will determine – via a Netflix-style algorithm – what is recommended to you. Down the track, iview may also require users to create a profile, allowing ABC to harvest broad demographic data.

"We don't program it in a vacuum," says iview boss Sally O'Donoghue. "We have to think about how we serve different audiences on different platforms."

It's important, she adds, that iview not become a dumping ground for cheap, second-rate dramas: "Curation is absolutely everything; viewers need to see they're getting quality programs." Increasingly, this means high-end drama exclusive to iview – or at least available to binge before it airs on TV. In June, for instance, iview will feature British crime series Killing Eve and Apple Tree Yard; British-French drama The Tunnel: Vengeance; sci-fi program The City and The City; and Australian comedy-drama F*!#ing Adelaide.

It's a strategy already established at SBS. Among the dramas exclusive to SBS On Demand are The Bureau (France); Black Widows (Finland, Norway and Sweden); Cromo (Argentina); Professor T Flemish (Belgium) and The Border (Poland). Not to mention those that could be seen online before their TV debut: season one of The Handmaid's Tale (US); Midnight Sun (France); The Young Pope (Italy, France and US) and Trapped (Sweden).

"It makes sense for SBS, as the smallest of the channels, to distribute our content in a variety of ways," says Marshall Heald, director of TV and online content. "Sometimes, an On Demand premiere will deliver a different audience to TV or will increase awareness of the show overall."

Around three-quarters of the dramas acquired for On Demand are in non-English languages, helping counter the accusation that SBS has moved too far from its multicultural roots. (Anecdotal evidence suggests some viewers prefer searching for language-specific dramas online instead of waiting for them to appear on TV.)

Those who watch drama through SBS On Demand are generally younger than those watching the same programs on air. And half of these online viewers don't even watch SBS on their televisions. To commercial networks, this would be cause for despair but to Heald, it's a chance to lure new audiences. "We strategically promoted [local drama] Safe Harbour during The Handmaid's Tale," he says. "This strategy enables us to increase engagement with Australian-commissioned programs."

Currently, On Demand offers more than 80 binge-ready dramas. Some are popular Scandi-noir titles (The Bridge), or acclaimed Australian productions (Sunshine, The Principal). But others, according to Heald, "would have struggled to find audiences on free-to-air, whether due to their thematics or language content". The beauty of On Demand is that such programs don't fall through the cracks.

"The diversity of our offering is the differentiator," he says. "On Demand enables us [to] present a truly global catalogue that Australians would never have seen otherwise."

Binge-worthy dramas: 10 of the best 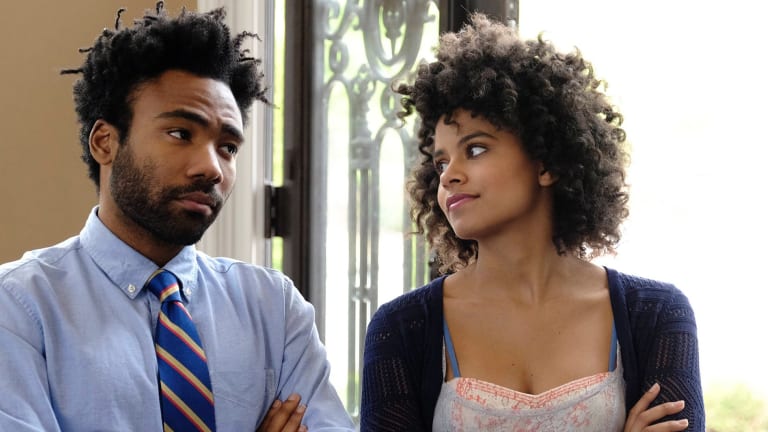 This offbeat drama-comedy was created and written by Donald Glover, who plays a Princeton dropout trying to get his cousin's rap career off the ground. ML

The Bridge, SBS On Demand 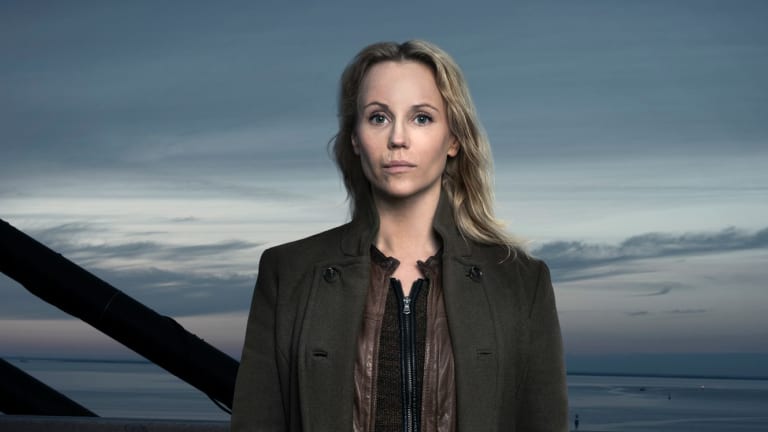 Sofia Helin stars in The Bridge.

J.K. Simmons plays a low-ranking bureaucrat who discovers he has been cloned in this moody Berlin-set, Orwellian drama that taps into the murky world of state-sanctioned espionage. PK

The Good Fight, SBS On Demand 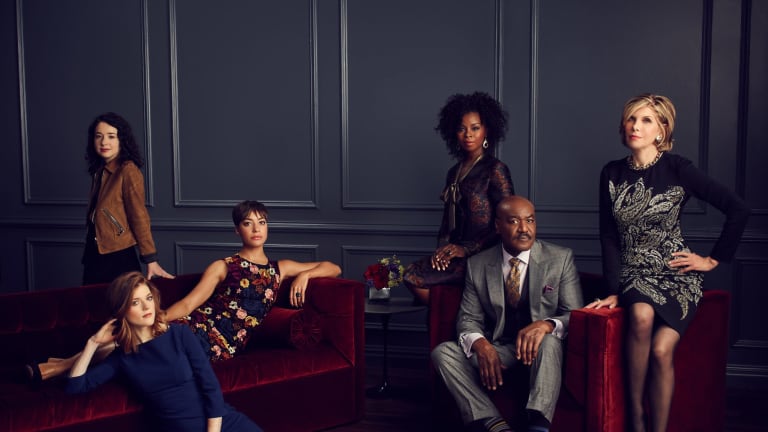 The cast of The Good Fight.

Sandra Oh gets her first lead role, playing an MI5 detective in pursuit of a psychopathic female assassin. As the series progresses, the two women become strangely obsessed with each other. ML 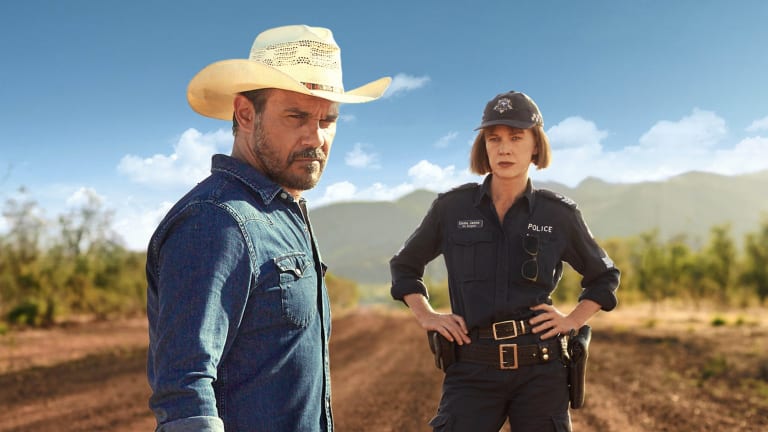 The appeal is obvious: Judy Davis, Aaron Pedersen and an intriguing murder-mystery. But it's the subtler themes – from racism to the hardships of outback living – that add heft to this superb series. ML

While never reaching the heights of Danish political drama Borgen, this French series comes close. After the President is killed in a suicide attack, the Prime Minister decides to run for the Elysee – but the President's former spin doctor has other ideas. ML

The fourth outing of this underrated French-British crime series, which was initially dismissed as Bridge-lite, delves into the current European crises of refugees and right-wing militancy. PK

The Young Pope, SBS On Demand 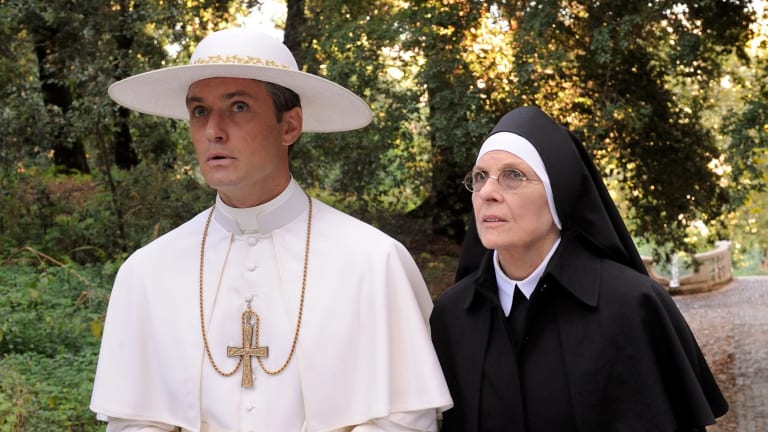 Jude Law and Diane Keaton star in The Young Pope.

As with all Paolo Sorrentino creations, The Young Pope is deeply weird and utterly beautiful. Jude Law plays the world's first American pontiff, who causes turmoil by rejecting his predecessor's liberal philosophy. ML