One headline which was unavoidable was the BBC’s decision to ban the lyrics to Rule Britannia at the Last Night of the Proms and Nick and Vanessa had very strong opinions about it. As the pair argued, Eamonn Holmes had to step in to find out if Nick felt the BBC were wrong to ban the Rule Britannia lyrics.

“But they will tell you what to do. They’re not broadcasting for you, they’re telling you, they’re imposing their values.

“It’s almost as if they are politicising or they themselves are campaigning on a number of issues, this being one.”

“I think there is a danger that the BBC, and I’m aware of what Vanessa says and we have addressed this on my radio show, has in a way gone down a silo in a way that it is quasi-campaigning,” Nick replied. 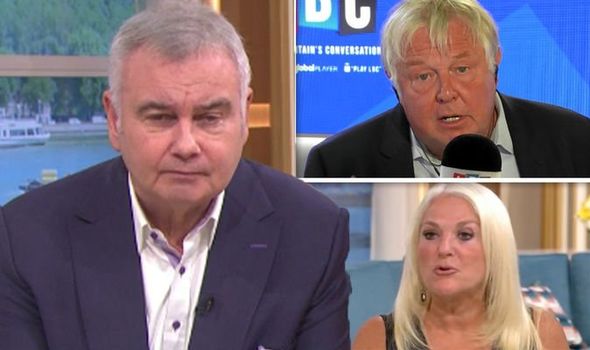 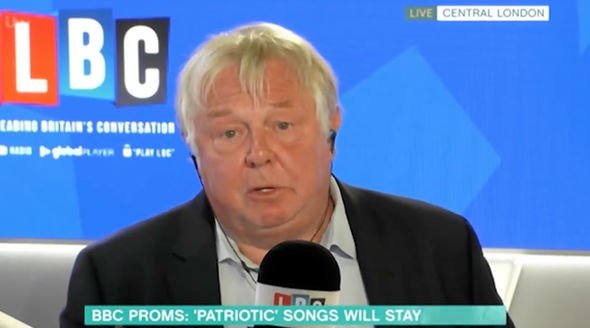 “It almost believes that it is part of social engineering. It isn’t. It is there to inform and to entertain.

“It has done in this particular instance for more than 90 years with the music and that should be the default position.

“If you find people who think that is wrong, they will be very, very scarce. This is where the BBC, I would argue, has lost its direction and manifestly lost it.”

Eamonn hit back: “Except you left one of those principles off which was to inform, educate and entertain.” 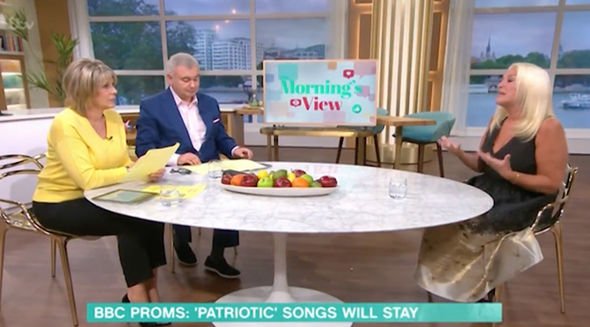 Vanessa chipped in: “One of the lyrics of course of Land of Hope and Glory, ‘Wider still and wider, shall thy bounds be set. So God who made me mighty, make me mighty.’

“As in other words, expand your empire so your boundaries are wider and wider and you take over more and more other countries. That is what the lyrics are. You can’t change them because you’ve sung them for 90 years and thoroughly enjoyed it.

“I’ve certainly waved a flag myself and I love that song, I adore it. But, if it’s deeply hurtful, should it be maybe just replaced by a orchestral accompaniment to the tune?”

“So you’ve got a problem with that?” Nick asked again.

Yesterday on This Morning, Ruth Langsford had to step in as an argument between India Willoughby and Matthew Wright became heated over Rule Britannia.

India stated: “Look, what is wrong with the Empire, I’m a massive fan of the Empire.

CAN’T SEE THE POLL BELOW? CLICK HERE TO OPEN IN YOUR BROWSER

“The Empire did a lot of good all around the world and a lot of the things they actually brought to countries have been copied and they’re still in place today.

“The Empire is a great thing, Britain is a great country and if you look at in the whole, we have done more good than bad.”

Matthew hit back: “It came at the same time as the Boer War when we got load of minerals by invading a country and putting its people to death. That’s why it was written.”