The misdeeds of both Donna Yates and Stuart Highway were both exposed on EastEnders on Thursday (July 19).

Donna and Cora Cross’s (Ann Mitchell) plot to split up Rainie Cross (Tanya Franks) and Max Branning (Jake Wood) was sprung into action when Max found an envelope of drugs, and rushed to judgment by assuming Rainie was using again.

After Rainie was once again thrown out in a huff by Max, Donna seemed to have second thoughts about her role in the plot and offered to let Rainie use the spare room. 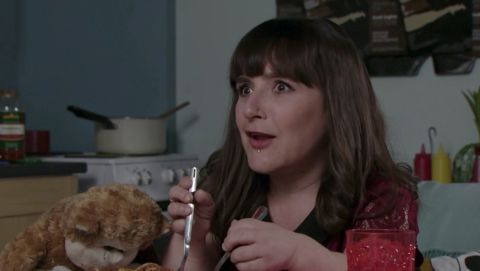 Rainie had other plans in mind, charging over to the car lot and pleading to Max that she’d been set up by someone who clearly wanted the two of them to split.

Her first culprit was her old drug dealer, but when confronted, the thug admitted that it was actually Donna who was behind stitching her up. A confrontation is clearly brewing for tomorrow night:

The mood over at the Queen Vic was equally as tense when Mick (Danny Dyer) and Linda (Kellie Bright) noticed that Tina (Luisa Bradshaw-White) hadn’t come back from a night out, after Billy Mitchell (Perry Fenwick) dropped off her purse.

With Mick going off to search for her, Linda was alarmed to get a call from police telling her that they had Tina down at the station. After collecting Tina and bringing her home, Linda could sense that there was something troubling her sister-in-law.

Little did they know that Mick was listening outside the door as Tina finally opened up to Linda about Stuart being responsible for trapping her in a car boot years earlier as part of a sick game called ‘Torturer’.

There are now three Carters with reason to take revenge on Stuart:

Elsewhere in the hour, Keegan Baker (Zack Morris) accidentally exposed his aunt Kandice Taylor’s (Hannah Spearritt) plot to fake a charity mountain climbing excursion while Hayley Slater (Katie Jarvis) once again barely avoided the rest of the family finding out about her pregnancy. 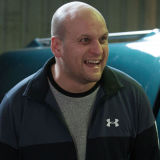